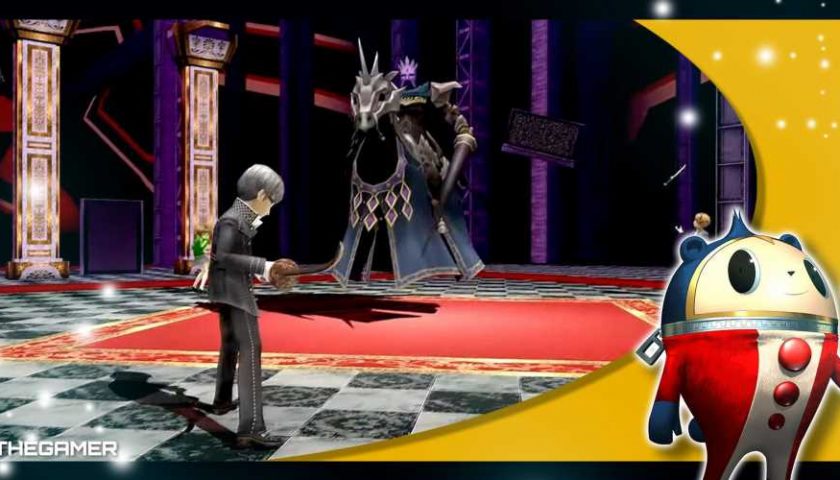 The first boss fight you endure in Persona 4 Golden that isn’t against the shadow version of one of your friends will happen on Floor 5 of Yukiko’s Castle. Here, you’ll need to figure out how to get through something of a maze so that you can finally take on your first mini-boss: Avenger Knight.

While it’s somewhat hard to get to him, the fight he puts up is even tougher. You’ll need to have done some training on the lower floors to take him on, but if you’re ready to fight Avenger Knight in P4G, then we’ll help you do it.

How To Get To Avenger Knight In Yukiko’s Castle 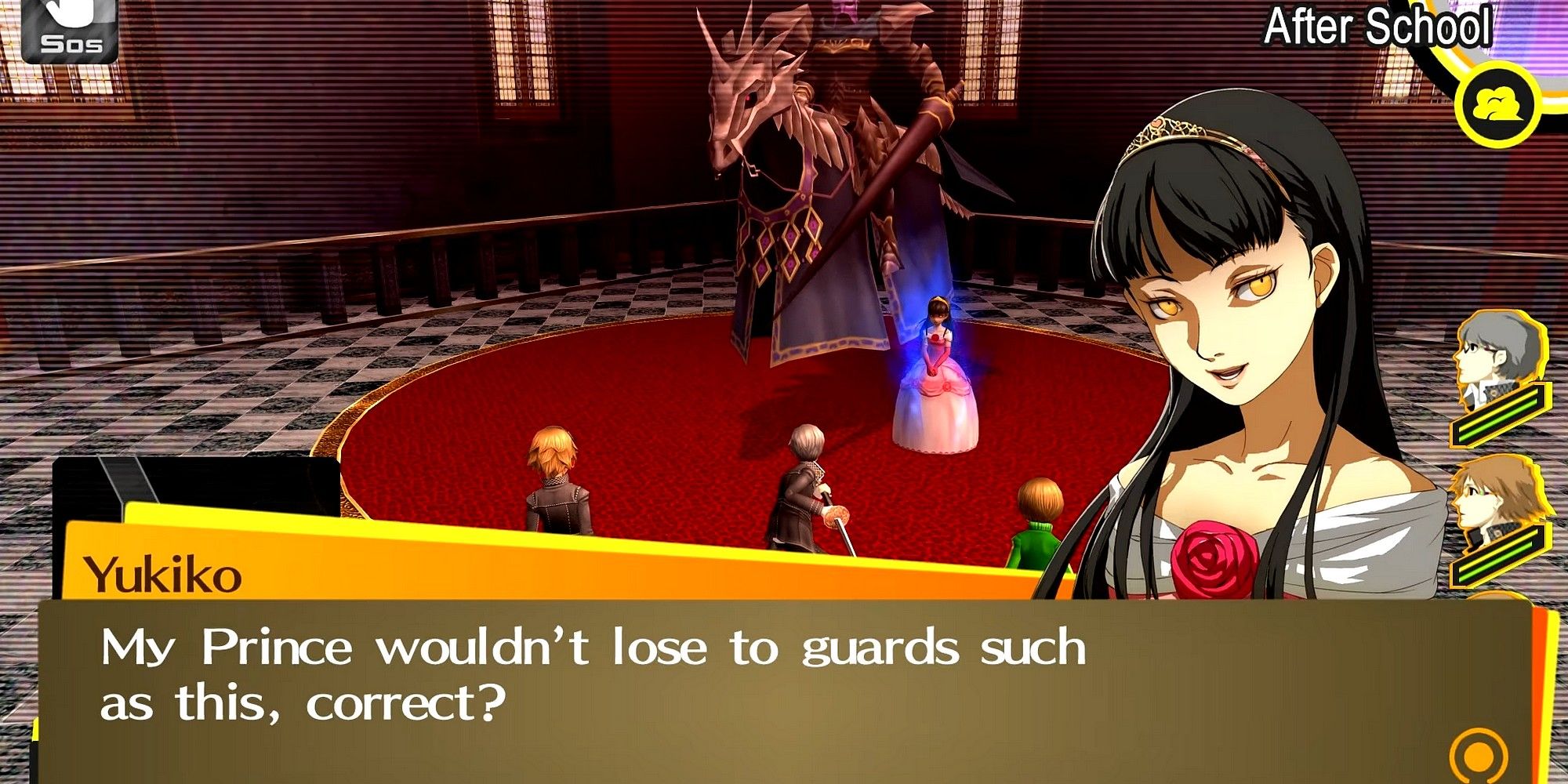 When you get to Floor 5 in Yukiko’s Castle, you’ll notice that the layout of the floor is basically just a large ring shape. When you approach one of the doors throughout the hallway, you’ll find that the game transports you away.

This makes it tough to get near the doors if you’re progressing through the dungeon normally, but the trick is to turn around so that you can go counterclockwise through the area.

After you’re teleported the first time, this is your chance. Do a 180 and head to the nearest door in that direction. Keep up this process until you find one that opens, which leads to the Avenger Knight battle. 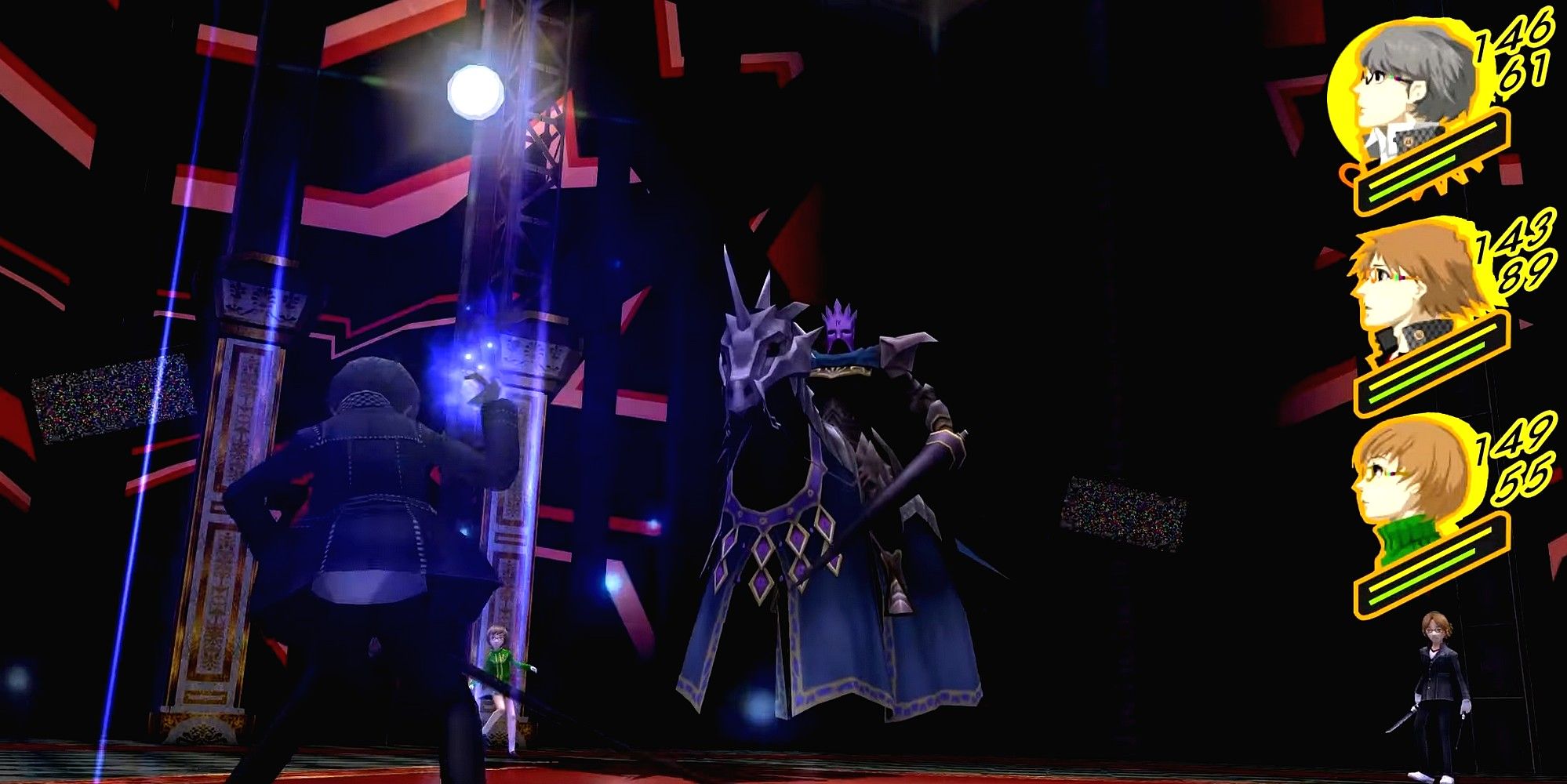 By now, you should be getting the hang of how affinities in Persona 4 Golden work: there are attacks shadows are stronger or weaker against in battle.

However, Avenger Knight changes things up on you a bit. He’s damaged normally by any element except for fire. This is good news and bad news, as it does give him a weak spot, but the tricky part is that you may not have fire magic at your disposal yet.

If you’ve managed to grab an Ukobach so far in Yukiko’s Castle, it’ll come in handy here, as it knows Agi innately. This means you’ll have a steady fire attack available.

If you don’t have Ukobach but do have a skill card for Agi, teach it to one of the Personas in your arsenal beforehand.

Even if you are able to use fire magic, Avenger Knight can cast Red Wall, which gives it a resistance to fire skill attacks for three turns.

If you don’t have fire magic or are having a hard time dealing with Red Wall, simply beat on Avenger Knight until it goes down. It’s not strong against anything, meaning you can steal deal a good amount of damage to it without using fire skills. 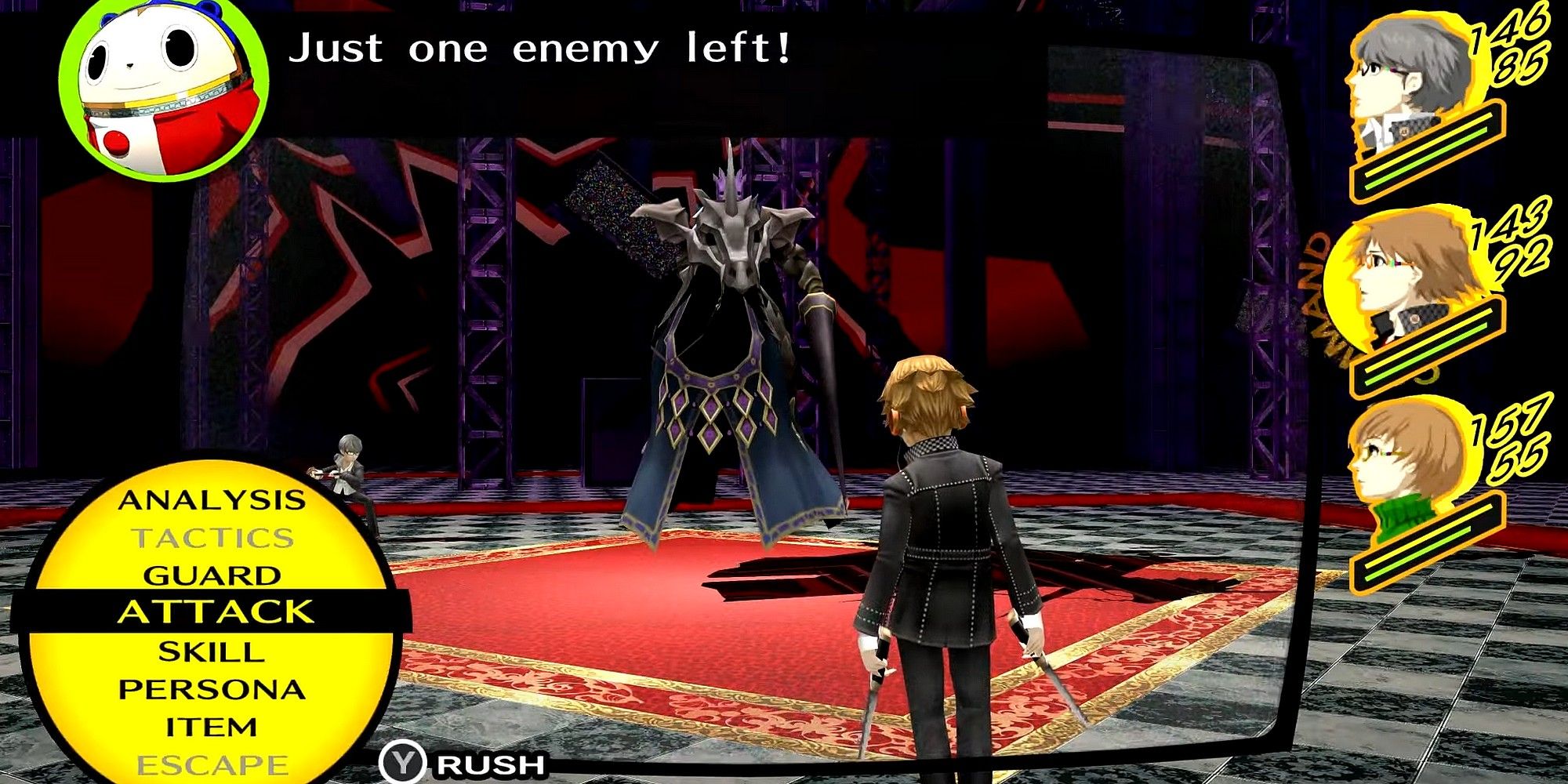 Avenger Knight will still be putting up a fight, though. You’ll notice it using Power Charge every now and again, which doubles damage on its next attack.

When this happens, it’s best to just use your turn to have everyone in the party guard to mitigate how much damage they take from the incoming attack.

Outside these things, this is a straightforward fight. Deal more damage than you take, and Avenger Knight will fall in no time.

When it finally goes down, it drops Glass Key, which can be used to open the locked door in the north part of Floor 5. That’s your ticket to carrying on, so head over there to continue ascending through Yukiko’s Castle!