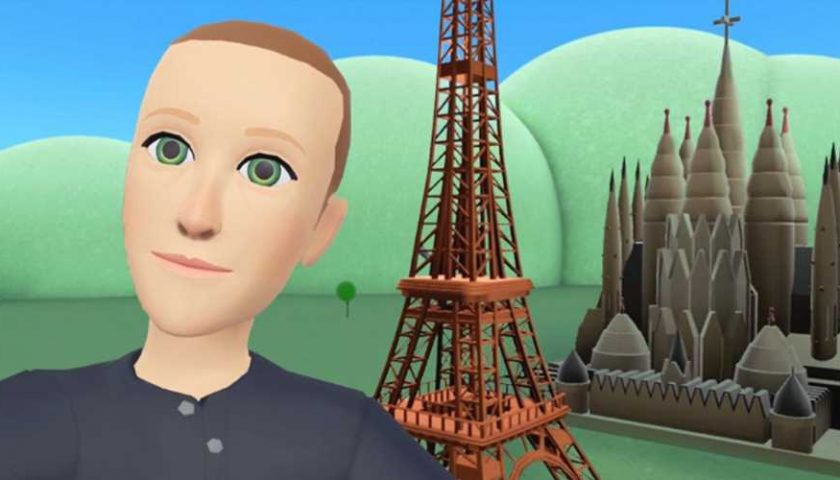 Mark Zuckerberg revealed Meta's free-to-play virtual reality game Horizons World is now available in France and Spain starting this week. The Facebook founder's announcement wasn't met with the glowing response he likely expected, though. Instead, some have been using the VR selfie he included with the post to create the sort of Nintendo box art you might have found in a Target bargain bin 15 years ago.

“Looking forward to seeing people explore and build immersive worlds, and to bringing this to more countries soon,” Zuckerberg wrote on Facebook. Attached was a selfie of his VR avatar with the Eiffel Tower and a Spanish Basilica in an otherwise barren background. It didn't take many comparisons to Nintendo Miis before some people began to make that comparison a reality.

Ewan Moore slapped My Meta Summer Holiday on the screenshot and made it look like an incredibly cheap, and probably pretty terrible, DS game. The winning entry so far though goes to ShaneHosea who used the pic to create box art for the fictional Wii game, World Baby. Perhaps a reference to someone recently highlighting Zuckerberg looks a baby Jesus sculpture in the LA Museum of Art.

Zuckerberg has desperately been trying to make his metaverse a virtual reality for the better part of a year. So much so that he even renamed his own company Meta. It doesn't seem to be taking though, and every step he takes in building his metaverse just results in a new slew of memes.

Seriously though, you'd think someone with the money Zuckerberg has could create something that looks better than a Wii game your grandparents might buy you.

Somewhat ironically, the same week Zuckerberg is being criticized for looking too much like a Mii, Switch Sports players are celebrating the return of an iconic one. Nintendo finally added Mii Matt to the sequel, ultimately turning him into the final Chambara boss fight. As for the future of Zuckerberg's metaverse, it's currently so dim, even Meta's own AI has admitted life is better without Facebook.