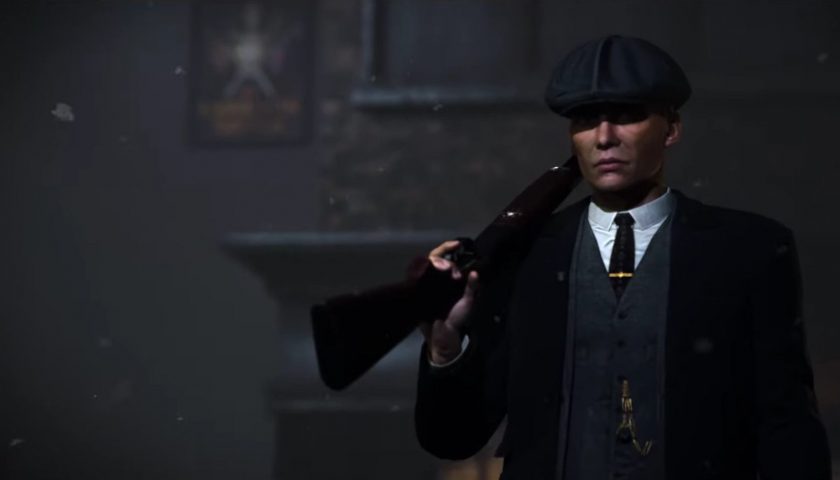 Thomas Shelby hands me a cigarette and extends a lighter. I lean forward with it in my mouth until the flames lick the end and spark it to life. I reach up and take it from my lips and exhale a long, thick stream of smoke. I tap the end with my index finger, dropping the ash on the floor of The Garrison, and almost feel myself sink back into the booth as Shelby tells me to go into the back room and interrogate a snitch. In still, dramatic moments like this, Peaky Blinders: The King’s Ransom comes alive, but I worry the rest of the game will let it down.

“It’s not a shooter,” Russ Harding, CCO of developer Maze Theory assures me. A solid third of my preview time was spent shooting people, so I’m not entirely convinced. I wouldn’t be upset if it was a shooter, either, as peaking around cover and extending my arm to pop heads was smooth and believable. It’s liberating using my actual body as a part of a game. I’m sure the novelty has worn off for VR veterans, but for someone like me who only occasionally dips their toes into the medium, it’s still amazing.

Cigarette in mouth, pistol in hand, I felt like a real member of the Peaky Blinders, but janky death animations ruined the fantasy for me. As I crouched behind some crates and spotted a molotov cocktail, I set it aflame with a flick of my lighter and lobbed it at a rival gangster. Rather than go up in a spectacular wave of fire, they sort of just dropped to the ground. That was it. 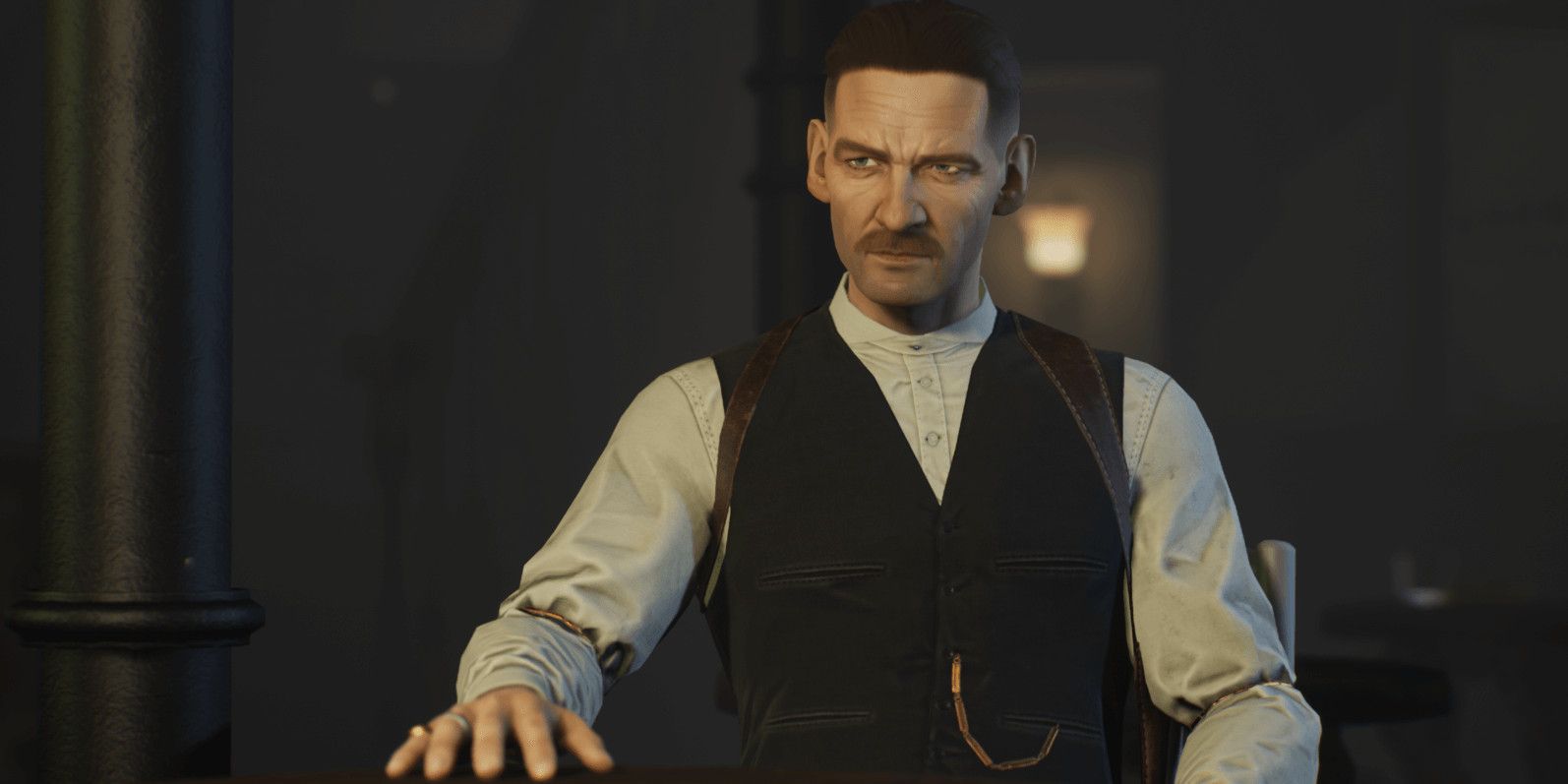 “Every iteration of VR, you learn and push the boundaries further,” Harding tells me. “For me, it's always been about the simple things. So making sure that everything in the world feels fully interactable, [and] behaves in a way to allow people to have their own emergent experiences.” Unfortunately, when it came time to spook that snitch I wasn’t able to put a bullet in his kneecap. The kind of interactivity on offer is mostly gimmicky stuff like being able to write on chalkboards and throw darts. Darts won’t even damage enemies if you manage to take one into a combat encounter, so it doesn’t seem like the boat has been pushed out particularly far.

The biggest technical limitation the team faced was managing to keep the game locked to 72 frames per second while implementing Paul Anderson’s motion capture for Arthur Shelby. “If you're familiar with the show, Arthur’s performance is just so over the top and extreme,” Harding explains. “We really wanted to make sure that we captured that.” During the preview, I only saw him during shooting sequences, so there was too much going on to focus on him. The voice acting from both Anderson and Cillian Murphy is top-notch, though, and helps to make the world of The King’s Ransom feel more real. 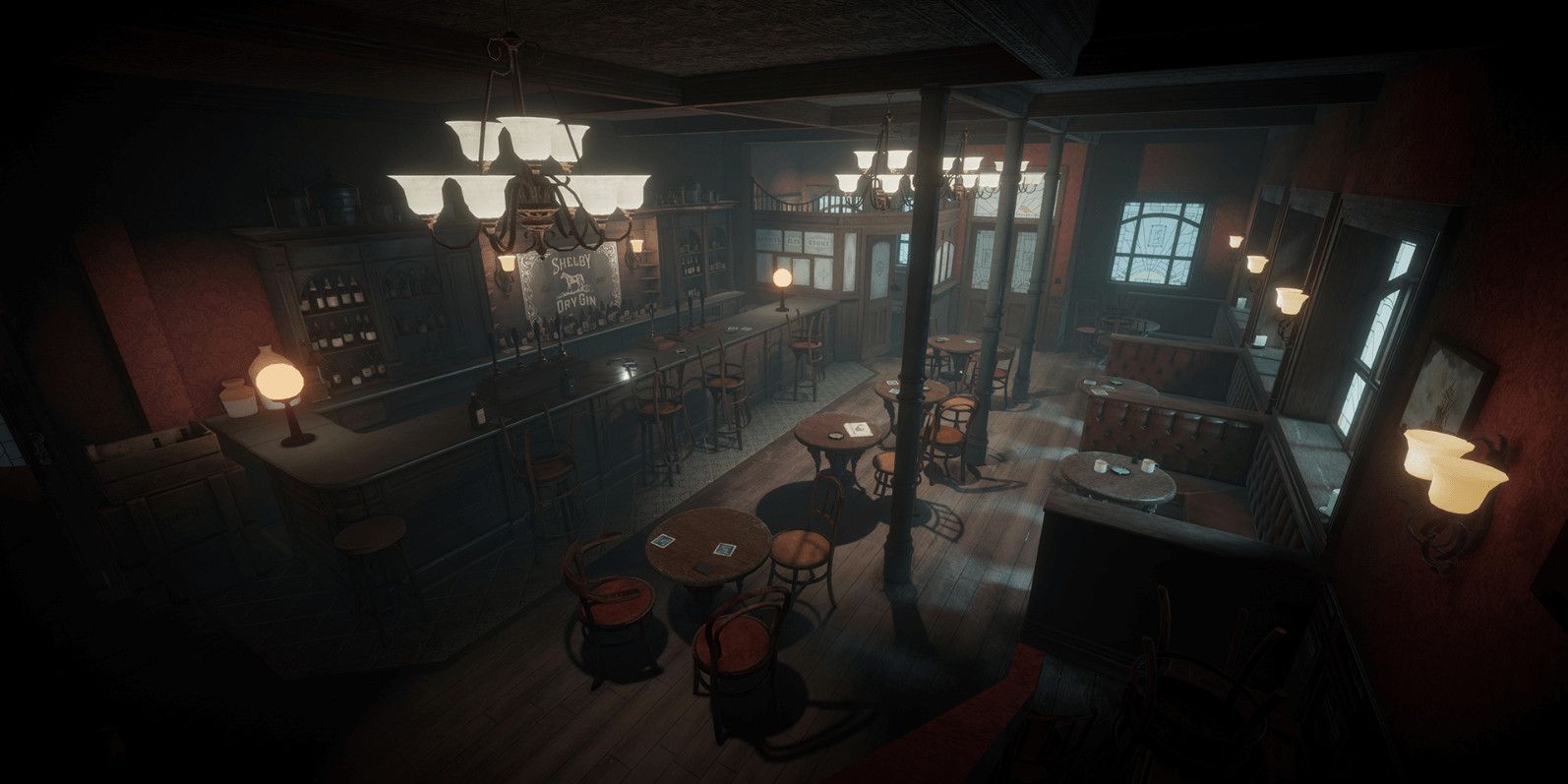 1920’s Birmingham is fantastically recreated, with the sense of scale in Garrison Lane unlike anything I thought VR capable of. I was able to walk around by actually walking, using the analogue stick, or teleporting. I get sick as a dog in VR, so teleporting was the best method for keeping that at bay. It was fast, allowed minute changes to direction before the jump, and helped me stay in the headset for longer than I ever have before. It wasn’t available in every part of the game – most notably, The Garrison – but Harding told me they’re working on it.

Harding told me Peaky Blinders: The King’s Ransom is a game for fans and non-fans of the show, action-adventure enthusiasts, and detective drama enjoyers. All that is squeezed into a three or four hour campaign. However, it feels like a lot of moving parts without much focus. It’s got shooting but isn’t a shooter. It’s got motion capture that you barely notice because of the action. Better a jack of all trades than a master of none, but this could have mastered one. It’s been made to appeal to a broad audience at the expense of honing in on what it does best, so I can see why features like interactive chalk have been implemented before interactive kneecaps.