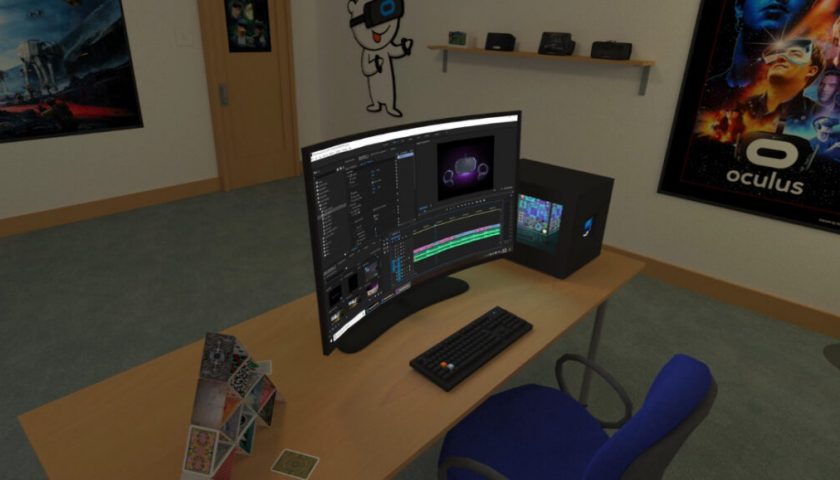 Guy Godin’s Virtual Desktop has been around since 2016, originally allowing PC users to use their computers in VR. In 2019 the app came to Oculus Quest allowing wireless PC streaming but the feature was subsequently removed. Now it’s back, officially through the Oculus Quest store with no sideloading required.

That 2019 launch happened in May, it was in June that Facebook caused an uproar by requesting the feature be removed. With the community up in arms, the developer offered a workaround via a patch that needed to be sideloaded from SideQuest. Thus making the process more complicated than it needed to be.

He then submitted the app to Oculus’ new App Lab once that launched which would’ve made the process easier. Thankfully, even App Lab wasn’t needed as Godin announced the rollout today of Virtual Desktop 1.20, finally adding PC streaming as an official feature. So that means you can wirelessly stream your favourite PC VR titles like Half-Life: Alyx or Phasmophobia for example.

As for the other update additions in Virtual Desktop v1.20:

Virtual Desktop is available through the Oculus Quest store for £14.99 GBP. Obviously, it should go without saying that you’ll need a VR-capable PC to run any of the awesome videogames you own (or want to buy) without the worry of a cable. And some decent WiFi without too many obstructions to ensure a smooth gameplay experience.

VRFocus will continue its coverage of Virtual Desktop, reporting back with the latest updates.