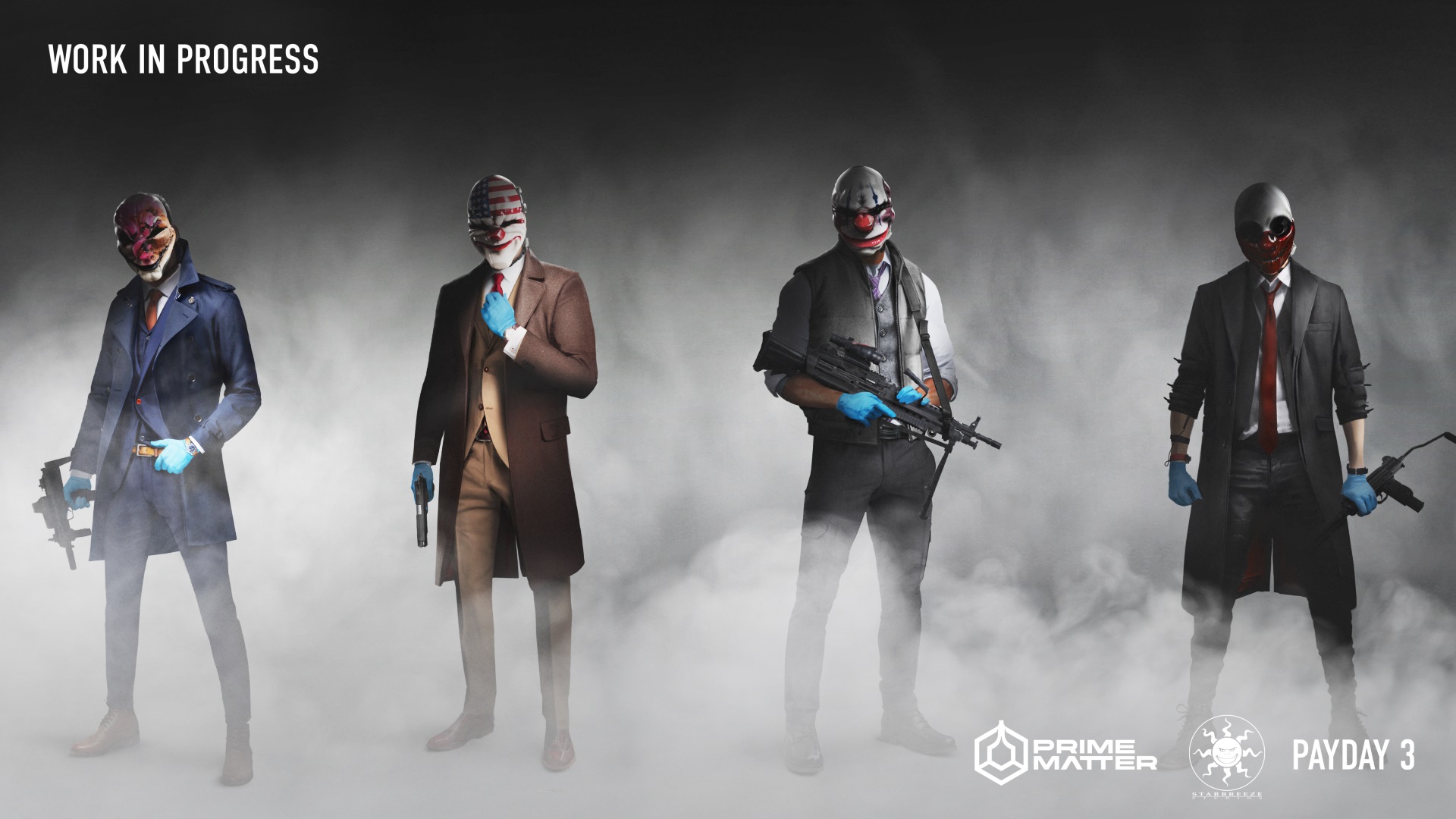 For the series’ 10th anniversary, Overkill Software has shared some new details on the upcoming Payday 3.

It was announced earlier this year, but up till now all fans knew about Payday 3 was that it existed, and that it will ‘take the franchise to new heights and will delight Payday fans as well as new audiences alike with innovative multiplayer gameplay.’

Recently, developer Overkill Software hosted a livestream on YouTube to celebrate the series’ 10th anniversary. Although no gameplay for the project was shown, it did reveal the game’s premise and setting.

After Payday 2 took place in Washington, Payday 3 will see players commit heists in New York City, which has been described as a ‘living, enormous representation of the city’.

It will also focus on the four-man crew of the original game – Dallas, Hoxton, Chains and Wolf – significantly trimming down Payday 2’s 22 playable characters.

All four have retired from the heisting life at the beginning of the game but, for plot reasons, they end up being forced to return to committing crimes. In-between the games, the world of Payday has changed drastically, with Overkill teasing some changes fans can expect.

‘The media is now covering the gang, their exploits… and who knows what might come from that… The world of Payday has transitioned into the digital age, with software giants, crypto currencies, mass surveillance and the Dark Web all playing a role in the gang’s new gadgets, challenges and opportunities,’ Starbreeze told Eurogamer.

Aside from that, some art of the environments and character models were shown, which all look… a lot like Payday. You can check out all the Payday 3 details yourself in the video below, starting from the 3:07:23 mark.

Payday 3 is in development for PC and unspecified consoles and will launch in 2023.