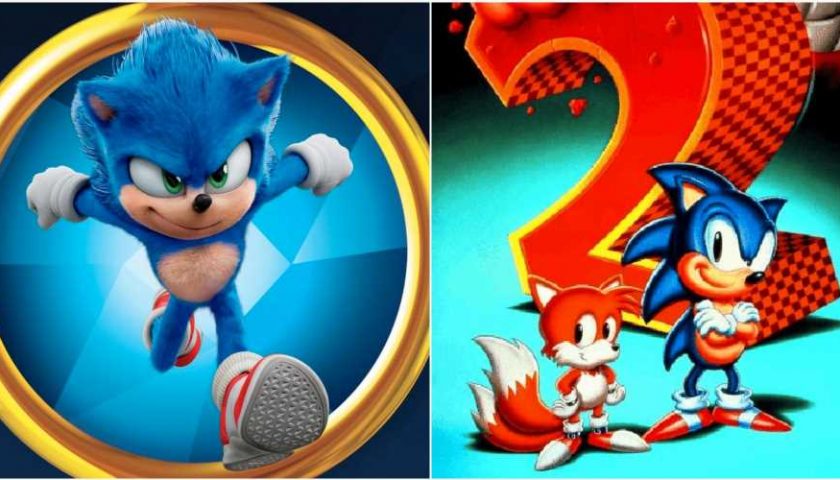 Even the most hardened Sonic fans likely wondered why Paramount and Sega were teaming up to make a live-action movie about the blue blur when it was first announced. Shortly after that, when the world was given its first look at Sonic's original design, anyone who thought the movie might have been a good idea was firmly pushed over the other side of the fence. Everyone involved did the right thing, delayed the movie to redesign Sonic, and to almost everyone's surprise, the movie was a big hit.

Such a big hit that soon after it hit cinemas, and raked in money at the box office, Paramount revealed Sonic would be getting a sequel. Sonic the Hedgehog 2 is now less than a month away, and marketing for the movie has really started to ramp up. The latest contribution is a brand-new poster, and it's one that's bound to hit any Sonic fans over the age of 25 right in the nostalgia.

The poster, which you can check out below, is an homage to the cover for Sonic 2 on Genesis. Sonic and Tails stood in front of a massive two with Dr. Robotnik peering over it. It's unclear where exactly the poster has been used. It appears to have been spotted out in the wild, so keep an eye out when visiting your local cinema or passing bus stops over the next few days to see if there's one near you.

The poster is the latest hat tip to the second Sonic game by the creators of the second Sonic movie. Tails made his video game debut in Sonic 2 and will do the same in the movie of the same name, minus his appearance in the credits of the first movie. The plane Tails has been shown flying in pretty much every trailer so far is also an homage to Sonic 2, as the sidekick pilots a very similar aircraft in Sky Chase Zone near the end of the game.

The movie's creators have jumped ahead a little when it comes to the Sonic video game timeline. Knuckles isn't introduced until Sonic 3 but will be a brand-new foe for the hedgehog in the upcoming movie. Knuckles was introduced to the games as a villain, but quickly became an ally of Sonic and Tails. Suffice to say, Idris Elba's echidna will likely be fighting Robotnik in Sonic the Hedgehog 3 which has already been greenlit by Paramount, as has a Knuckles spinoff series.