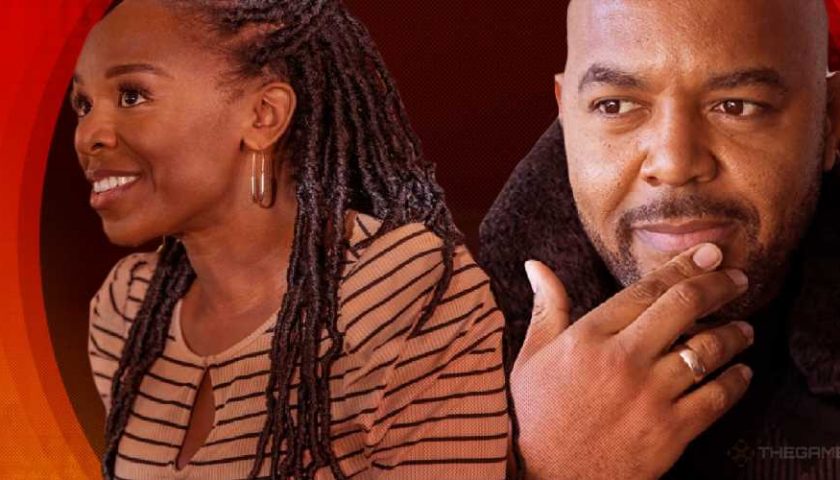 “I never found one person that was okay with me chainsawing them in half,” Ozioma Akagha, who plays Julianna Blake in Deathloop, tells me. “Except for Colt,” adds Jason E. Kelley, who, as you may have guessed, plays Colt Vahn. Both actors were nominated for Best Performance at the recent BAFTAs, eventually losing out to Returnal’s Jane Perry, and as they chat about finding a virtual partner “who is ready, available, and open to being stabbed, shot, being blown up, and dismembered”, it’s impossible not to feel the chemistry between them while hearing their stories and anecdotes on Arkane’s most recent creation.

Akagha started her acting career in video games with Mirror’s Edge Catalyst, playing Plastic, one of the supporting characters. She remembers the three-year recording process with joy and excitement, this being her first experience working not only in gaming, but also with motion capture. From there she would go on to take bigger roles, giving her voice to Barbara Casey, Zena Woodard, and Angela Cummings in Wolfenstein 2: The New Colossus, or as Alyx in the latest Half-Life.

On the other hand, Kelley had more opportunities in TV, shorts, and commercials before jumping into games. When the time came, he voiced Doomguy in Doom Eternal and Bohai in the recent Horizon Forbidden West. “It’s taking about an eight-year journey to get where I am today and I feel like I’m just getting started,” he explains. “I’m just getting the hang of what it is that I want.” 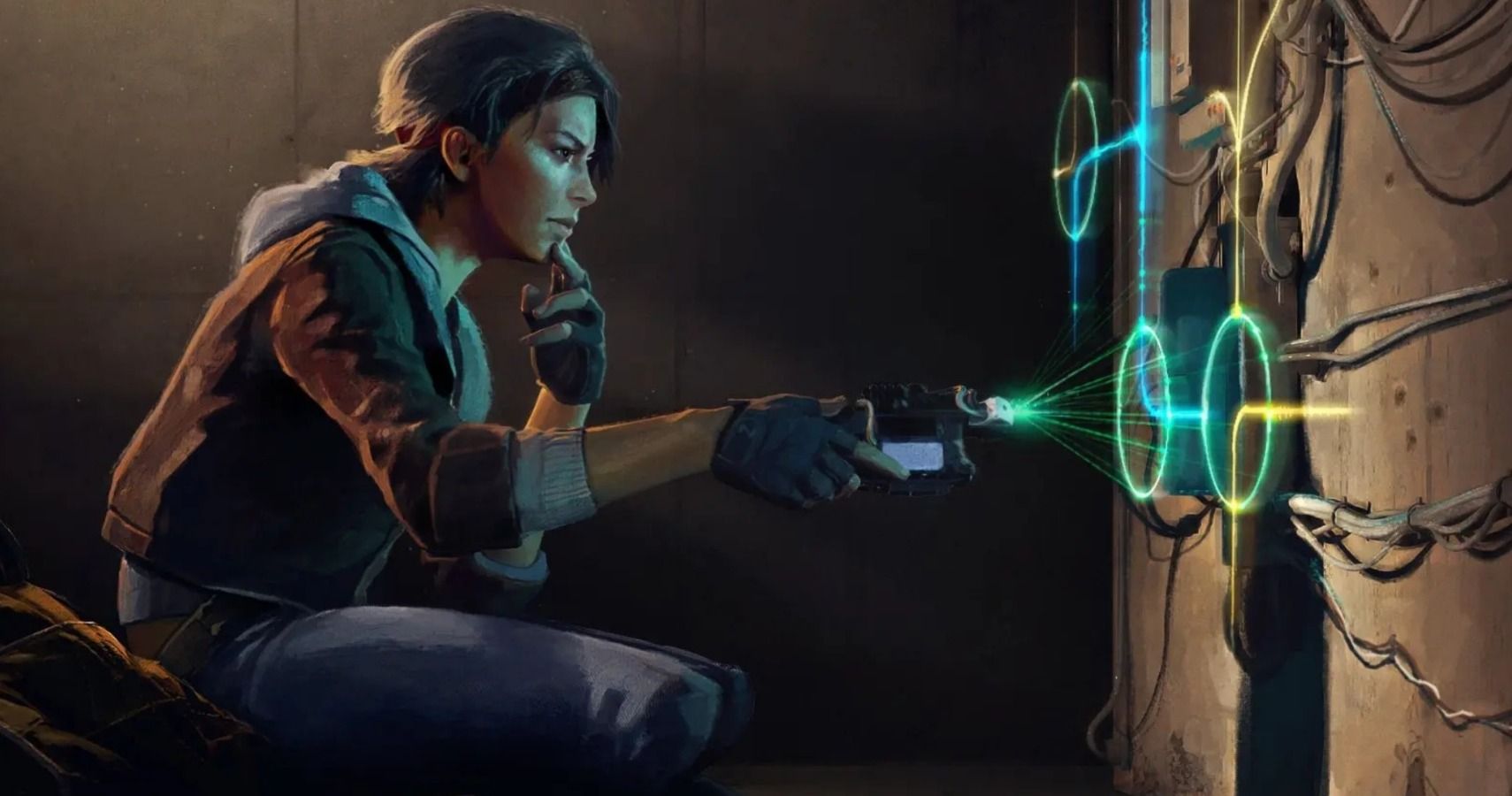 However, it’s as Deathloop’s antagonist and protagonist, respectively, where they made their mark. As its name suggests, this immersive sim uses timeloops as a core mechanic. Colt needs to find out how to stop the loop before Julianna, for unknown reasons, tries to murder him multiple times.

“Deathloop was the first time I got to sit in the studio with my co-star,” Akagha explains. “Usually, we are in a little booth by ourselves, and you hear the other person's voice if they recorded before your session, or the director is saying the other actor’s lines. But in this process, we got to play with each other in the studio and record, which I really think made a world of difference.”

Her partner agrees, adding that they were “flying in the dark” the first couple of sessions, not knowing exactly what their relationship was, where they were, and other details. Kelley also remembers a funny anecdote from their first and only session in the studio, before the pandemic:

“We were having so much fun that Ben [Benneth Smith, narrative designer] eventually got to a point where he was like ‘okay guys, you gotta stop. We have to move on with the copy because you guys are having so much fun riffing and playing at each other. I can let you guys go all day long and you’ll end up coming up with magic, but we really need you guys back in’.” 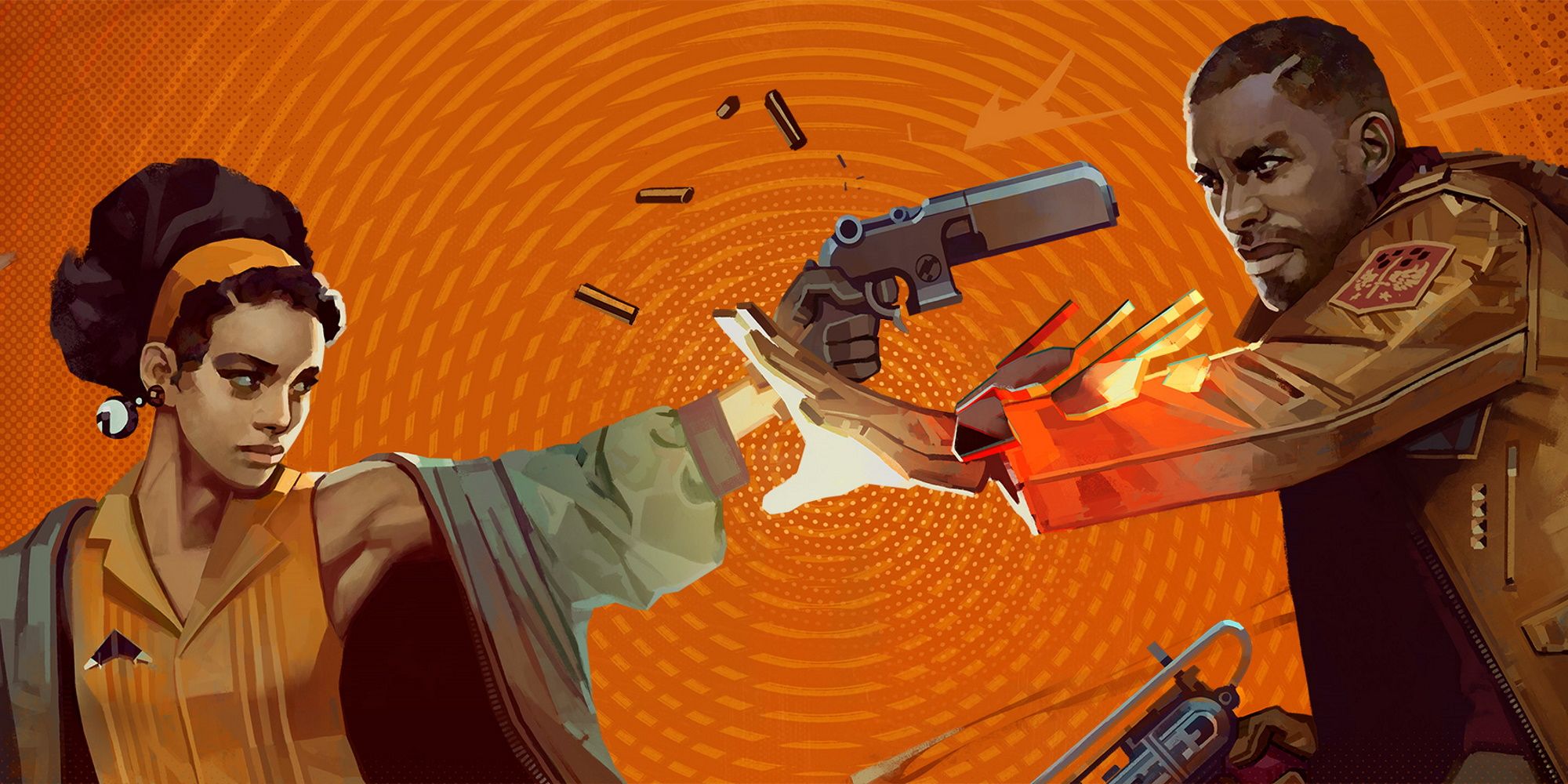 It’s this chemistry that earned them each their BAFTA nomination. Although Jane Perry took the trophy, this recognition is still crucial when we consider that Deathloop is the first mainstream video game starring two Black leads, as well as a Black director helping bring the overall vision to life.

Both Akagha and Kelley were shocked and honored when they heard the news. They also realized what this opportunity meant in terms of representation, in the possibilities this could set for the future of the industry.

“I think in terms of representing the world and the makeup of it and how diverse it is, it’s fantastic to see two characters of color in a world where there isn’t a lot of us,” says Akagha. “Yet, there are so many gamers of color!

“I hope that with the BAFTA nominations that we have, how well the game was received, and how well it’s doing that more companies will take that to heart and say ‘you know what? We can have a Black female lead. We can have a Middle-Eastern female lead or a Hispanic female lead. So the people that are buying and loving our games can see themselves’.” 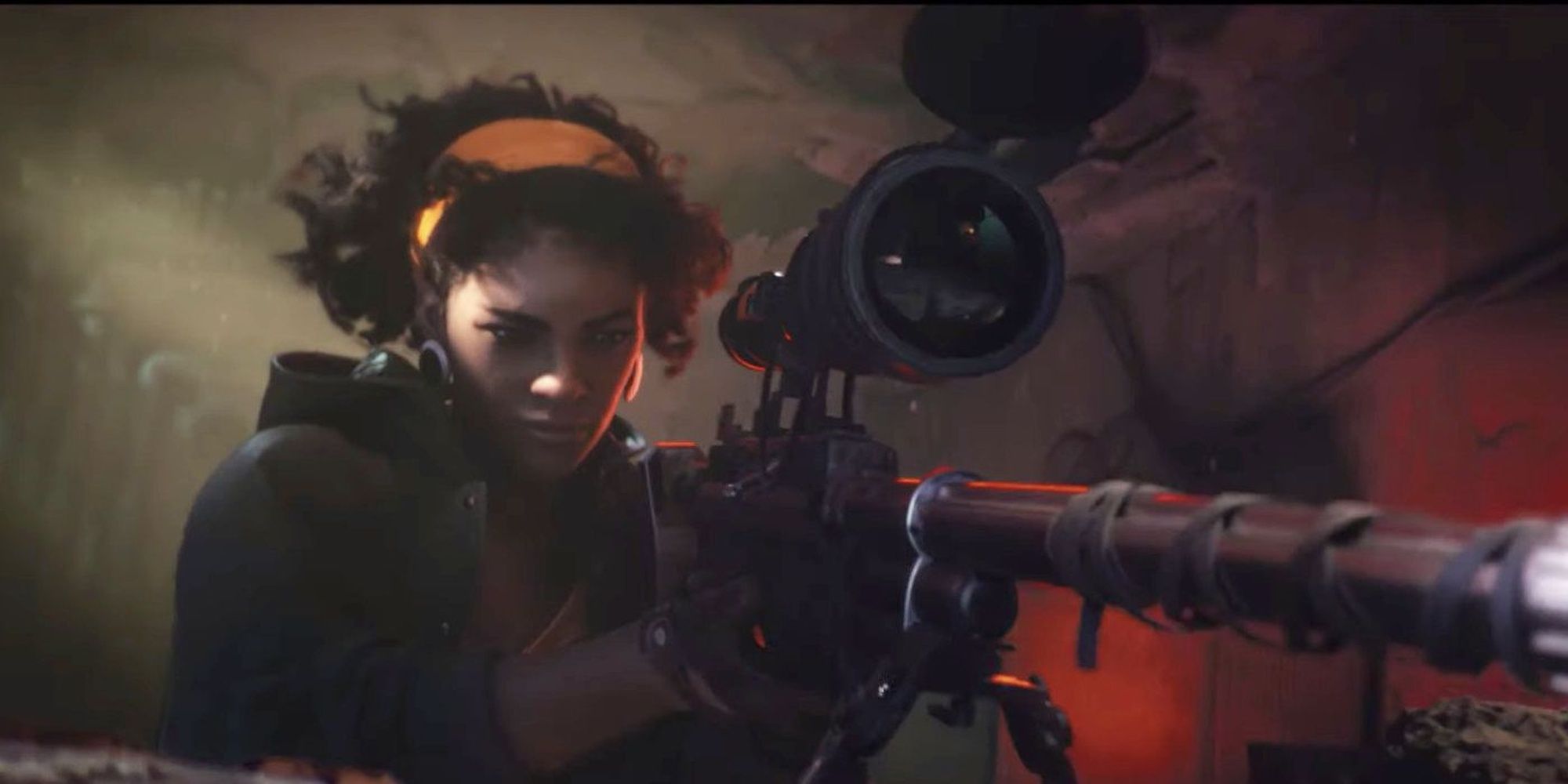 Representation in media is changing over the years. As Kelley says, “Media in the past used to just look at it in very broad terms: salt and pepper.” However, nowadays we tend to see more and more diverse groups of people creating more nuanced and unique characters.

“When you walk outside of your house, you see all types of people,” Akagha says. “You turn on the TV and for whatever reason, there’s only one type of person. That’s actually not normal. TV needs to catch up. If it’s a mirror for the world, it needs to actually mirror the world.” 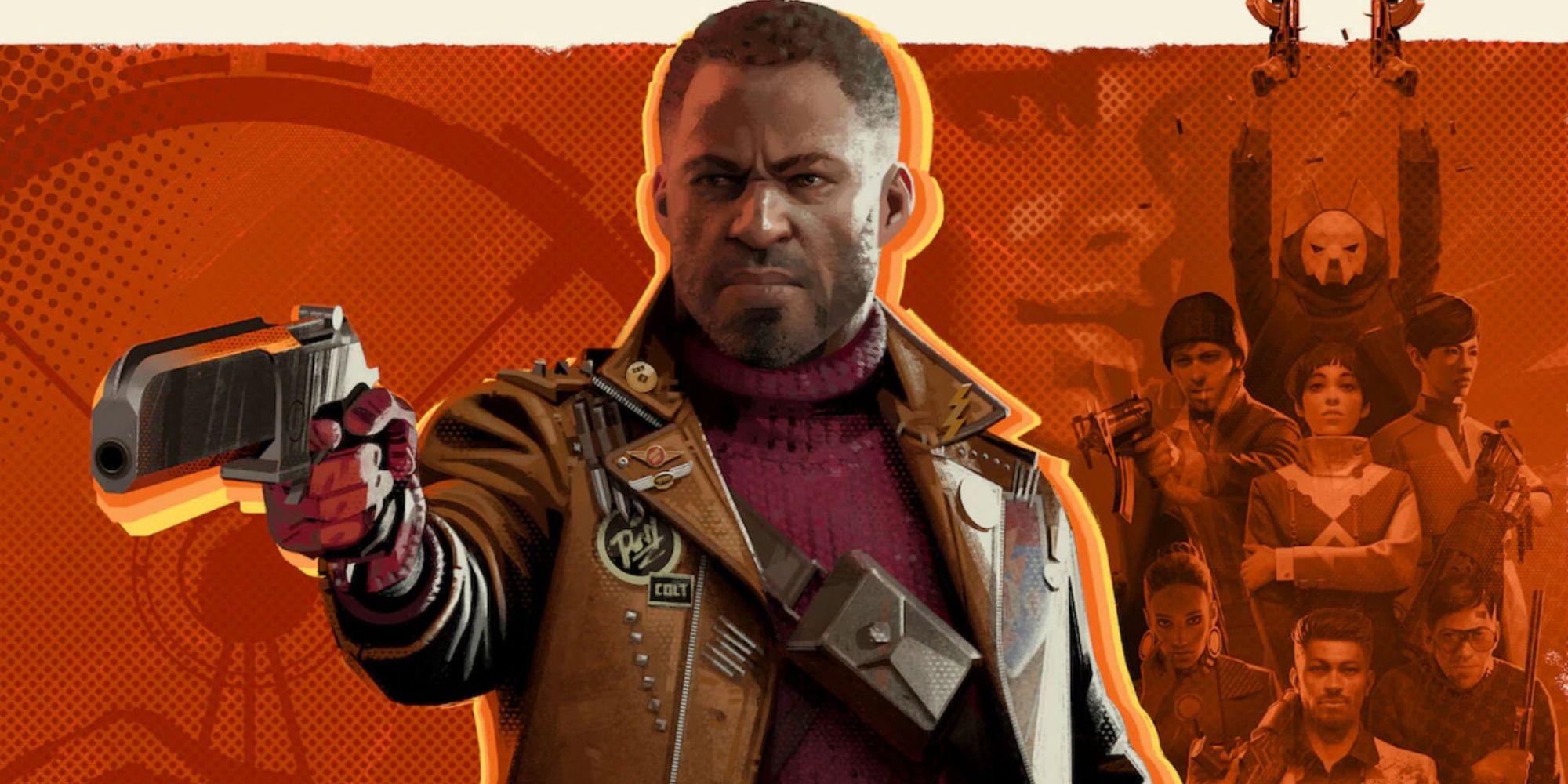 Concepts such as inclusion and diversity are essential in understanding and creating solutions for very different social issues, like the lack of representation in media that Akagha touched on, the erasure of the differences between the myriad of cultures that we live with, or the lack of job opportunities for people of different backgrounds and ethnicities in any industry or profession in our society. However, Kelley believes that the term ‘diversity’ can be troublesome, hiding an exclusionary aspect of itself.

“I don’t like the term diversity,” he explains. “Diversity becomes a catch-all for everybody. When you start talking about diversity, you instantly and immediately start excluding a group of people that have always seen themselves as the norm. I don’t want to do that. I want to include everyone.”

He then describes his own way of ‘teaching diversity’ to other people, sharing his particular view on other cultures and races:

“Some people have picnics, we may have barbecues. If you're coming to our barbecue, you are coming to my barbecue and I’ll show you how we ‘picnic’ so you understand my culture, my people's ways of doing things. That’s how I teach you about me. I’m bringing you into my world. We as brown people, Black people, we go out in the world constantly, and you understand this, and face a world that’s largely and primarily driven by people of no color. We are adapting to them, almost always.

“But we are now starting to move into a phase of life where people are starting to adapt to our specific nuance and cultures, realizing ‘oh, we are all one people, we are all one race. Each one just does things slightly different.’ That to me is how you teach and expand the concept of diversity, the concept of differences. It’s by bringing people into the fold of you and allowing your flavoring to get off on them a little bit, so when they go back out in the world, they are changed.” 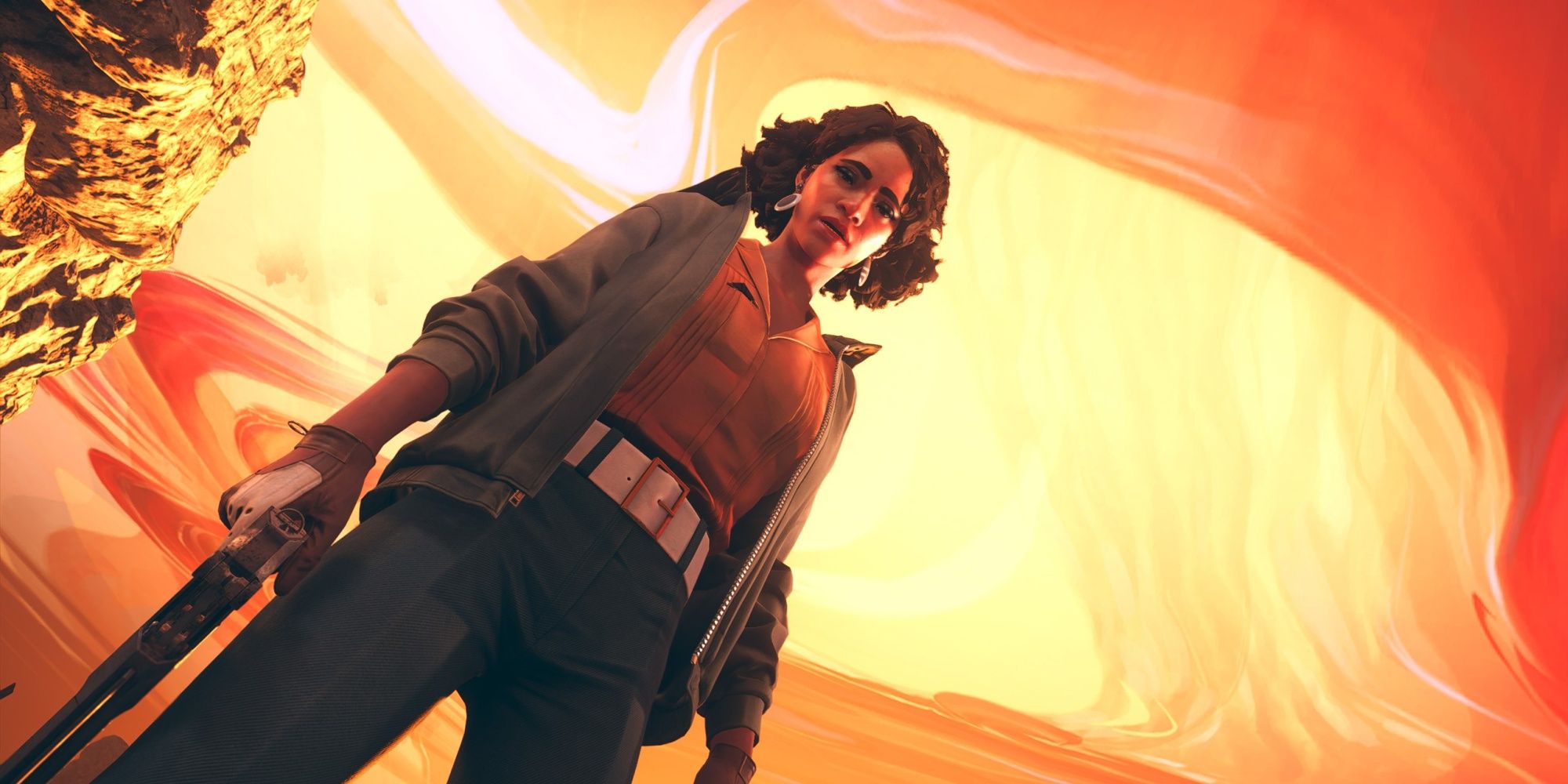 To close the interview, I ask the actors about their upcoming projects. Before answering, Ozioma laughed and didn’t miss the chance to joke and mention that gamers are “like the FBI and CIA. You sometimes find out [about our jobs] before we find it out,” before adding, “I’m in a really cool project coming up, and I’m working with Sony on another one. That’s all I can say!”

Kelley also tells me he has two titles in the works, but can’t say much more than that. “I still don’t know what they are but my agent told me they were big titles, so I don’t know what that means yet,” he explains. “I’m also doing a new project next week when I get back to LA. Again, I don’t know what the project is, but the same people that cast me on Deathloop called me for this. Whatever that is, I’m going to find out.”

You can play Deathloop and enjoy both actors' performances on PlayStation 5 and PC.