During the Omnic Crisis, the United Nations formed a specialized task force to counter the mounting Omnic threat. Led by Jack Morrison, this unified group targeted Omnic control centers across the globe and took down the robotic threat. This highly-talented group of agents strategically dismantled the Omnics forces and ushered in a golden age for the world.

Overcoming the Omnic Crisis turned Overwatch into a world peacekeeping force, but soon, even the group fell to corruption. A series of investigations uncovered many skeletons in Overwatch’s closet, and the group disbanded. But with rising terrorist attacks from Talon and increasing tensions between Omnics and humans, several agents got back together and reformed Overwatch. 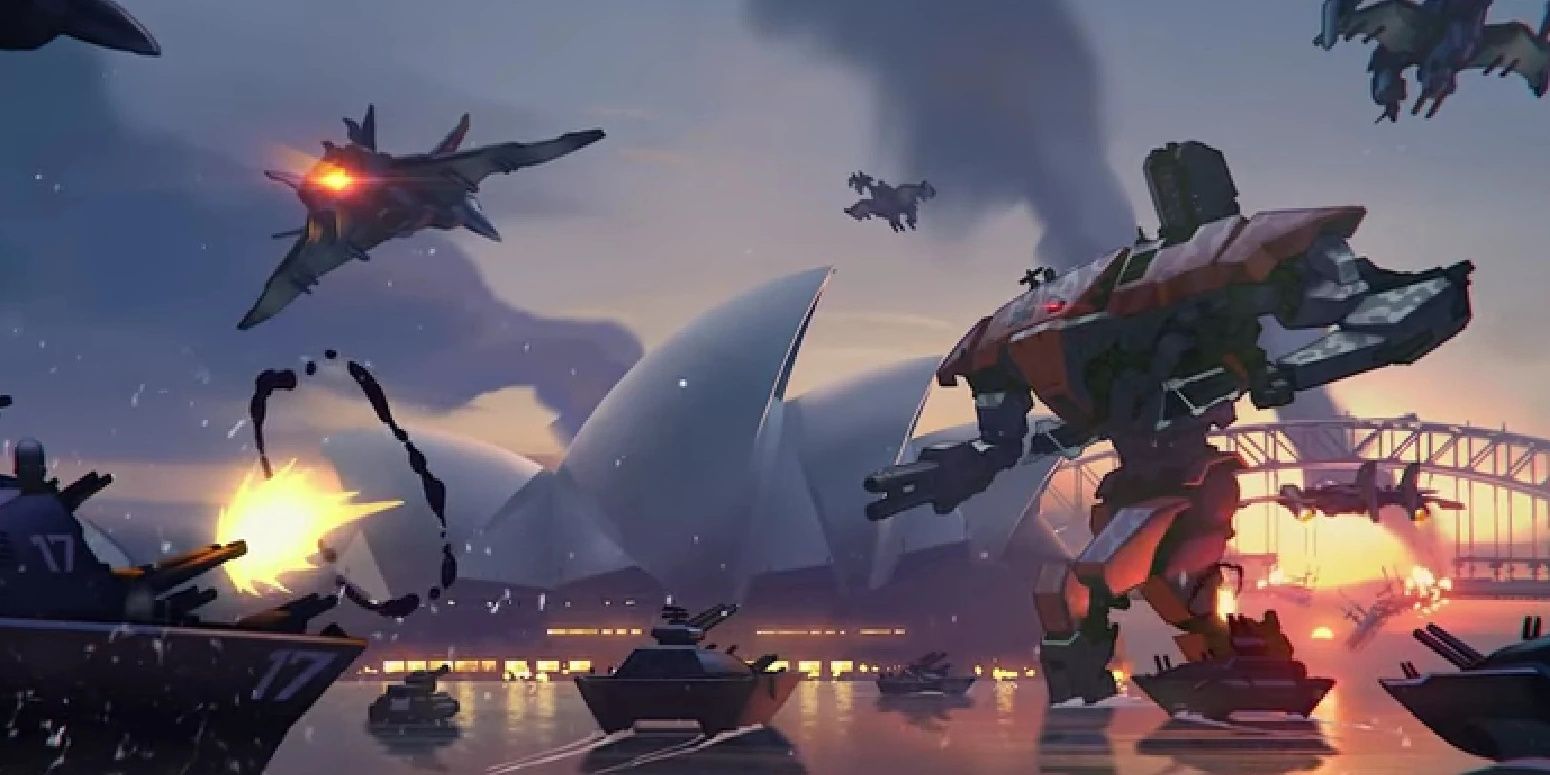 Thirty years before the present day, the world was sent into one of the deadliest wars in history. Omnica Corporation created Omnics to help improve various productions and hoped the robotics would create worldwide economic equality. However, the facilities were shut down after investigations unearthed evidence of corporate fraud. Sometime after, the now-abandoned facilities suddenly came to life and began producing Omnic armies.

The robots immediately attacked across the globe. Cities began to fall, as every country on the planet quickly learned that no matter how powerful their armies were, they were no chance against the Omnic threat. As the hour grew darker, the United Nations collaborated and formed an elite unit of their best soldiers. This super team would come to be known as Overwatch. 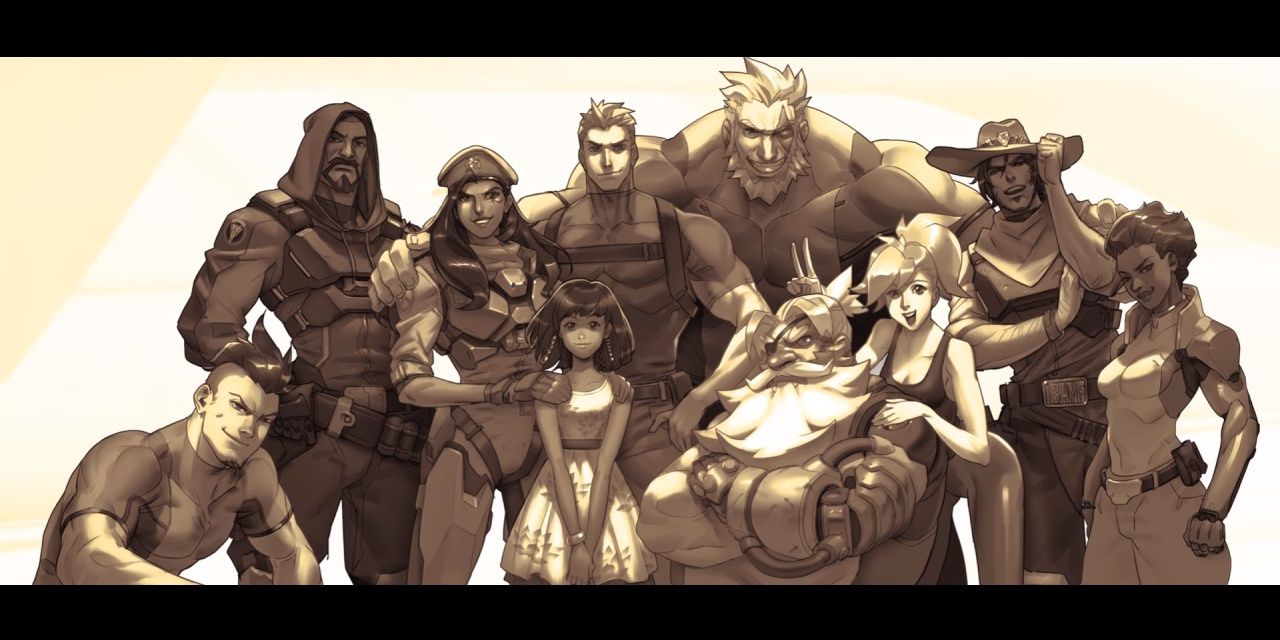 One of the key architects in forming Overwatch was the under-secretary-general Gabrielle Adawe. After the Omnic Crisis, Adawe went on to establish the city of Numbani and worked toward sustaining peace between humans and Omnics. While Adawe was one of the key figures in forming Overwatch, Gabriel Reyes, a former member of the United States’ super soldier program, was given command of the unit.

Although Reyes was given command of Overwatch, it isJack Morrison who is mostly credited with transforming the unit into a devastating fighting force. He trained the other founding members Ana Amari, Mina Liao, Torbjorn Lindholm, and Reinhardt Wilheim to work together as a team and led the strike team against the Omnics. The team destroyed the main Omnic control center in Rio de Janeiro and successfully put an end to the Omnic Crisis. 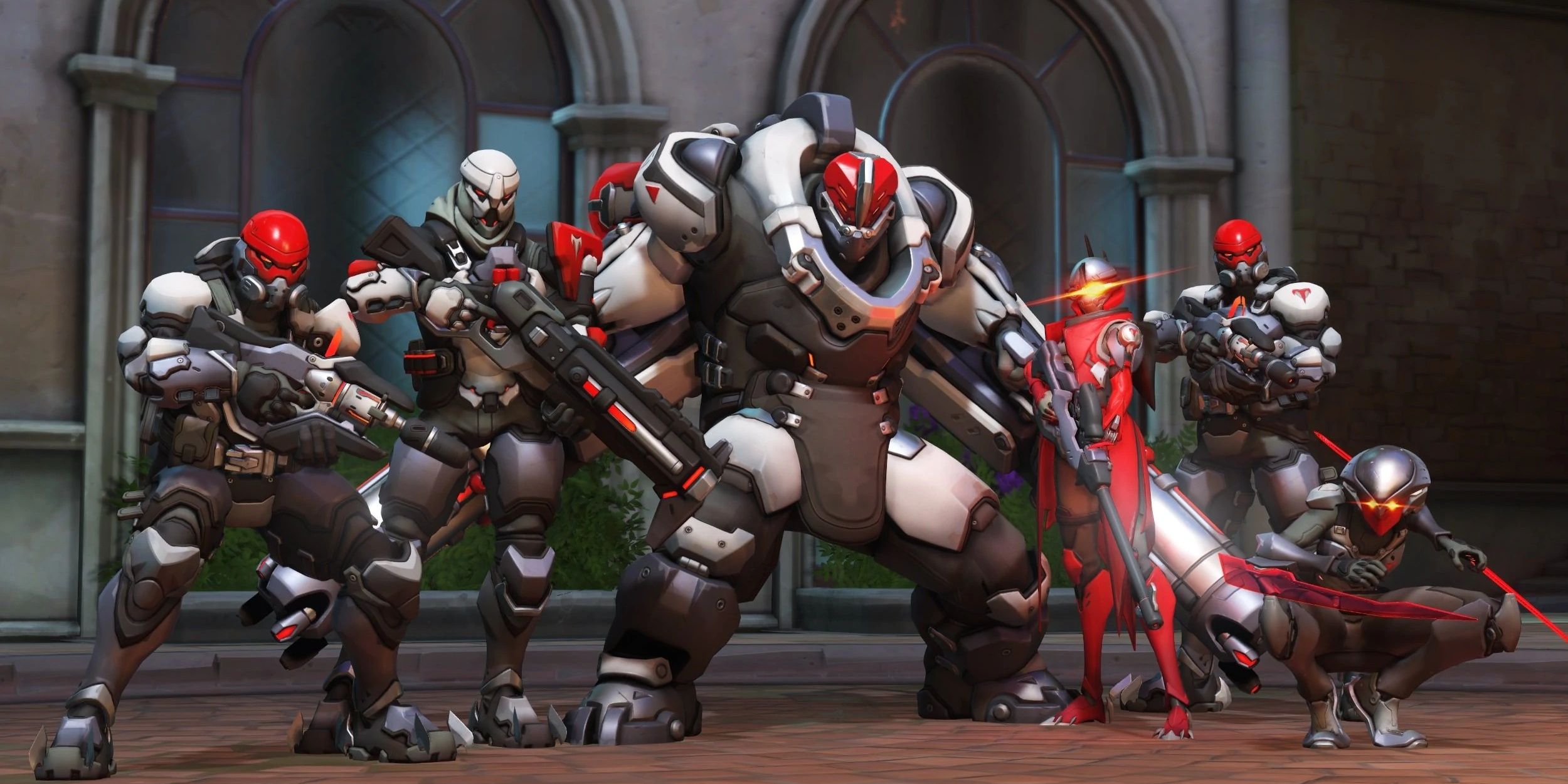 Following the successful takedown of the Omnic forces, Adawe chose to promote Morrison to the strike-commander position over Reyes, despite Reyes being the one who ultimately led Overwatch in disabling the Omnic base. A period of extended peace swept the world, and Overwatch helped usher in an era of space exploration, medical research, innovation, and discovery.

Unfortunately, the age of peace did not last for long.

Roughly eight years before the present day, a terrorist organization called Talon attacked an Overwatch facility in Oslo. More specifically, a businessman named Antonio was behind the attacks. Morrison wanted to work with the Italian government in taking him down, but Reyes opted for his own operation. He infiltrated Antonio’s home with a team that consisted of himself, Genji Shimada, Moira O’Deorain, and Jessee McCree. However, Reyes killed Antonio instead of capturing him, which started a series of events that would spell the end of Overwatch. 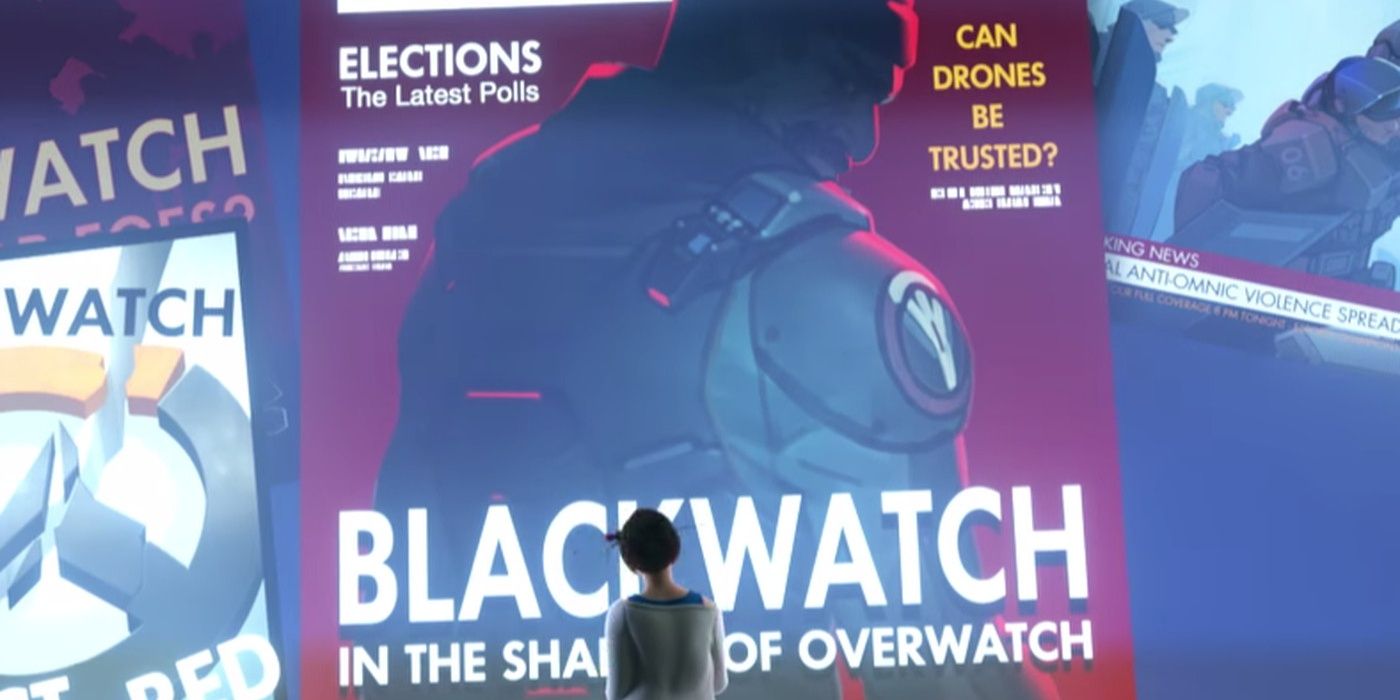 Shortly after the attack at the Oslo facility, another attack occurred in the English city of King’s Row. A rogue group called Null Sector deployed several Bastion units and attacked the city. Although the British Prime Minister rejected the idea of having any Overwatch members involved, Morrison still sent a team to liberate the city. However, it wouldn’t be enough to save the team.

Investigations found a secret division called Blackwatch was involved in a series of kidnappings, torture, coercion, and assassinations. While the United Nations continued to look deeper into Overwatch’s activity, internal strife was building. Upset that Morrison received the strike-commander promotion over himself, Reyes formed his own faction among the agents.

The rift between the two escalated, and Overwatch’s headquarters were destroyed in an accidental explosion. It was reported that Morrison and Reyes died in the explosion, and the United Nations elected to disband Overwatch. They passed the Petras Act, which deemed any Overwatch-related activities illegal. 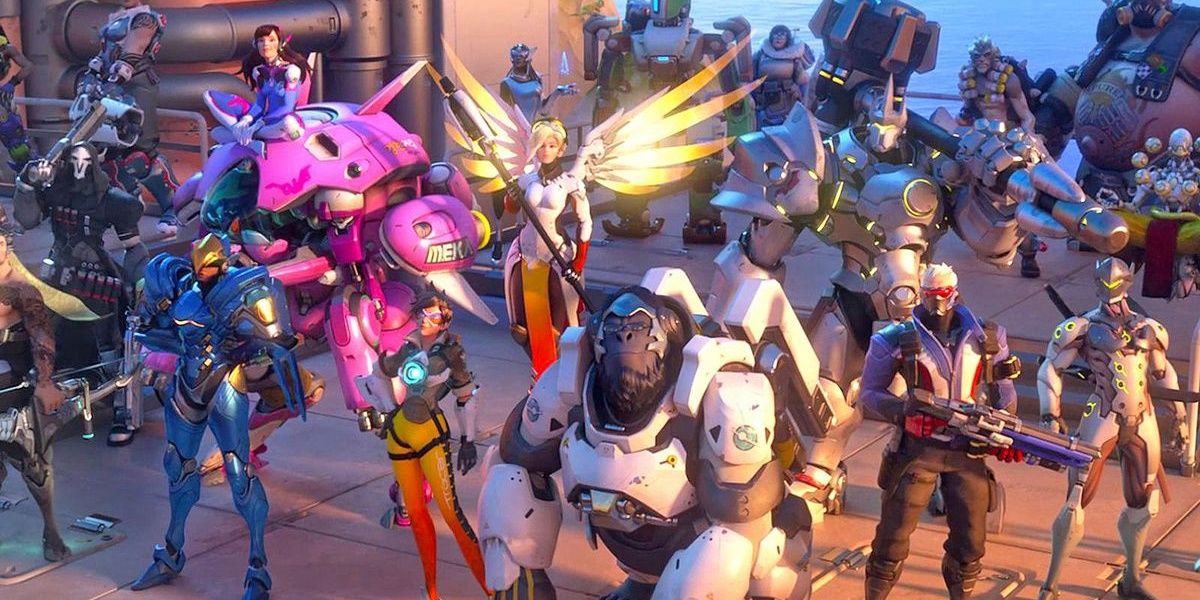 The golden age of peace began to quickly erode following the disbandment of Overwatch. Tensions between humans and the surviving Omnics continued to rise, and the terrorist group Talon was growing in strength. Talon operatives attempted to raid an abandoned Watchpoint but were stopped by Winston, a genetically-enhanced gorilla. Winston initiated an agent recall, and started reforming Overwatch with Tracer and Mei.

While Winston was recruiting new agents, someone codenamed Soldier: 76 was raiding former Overwatch bases to salvage technology. It was later revealed that Soldier: 76 was actually Morrison and he had survived the explosion. Morrison joined Winston along with Genji, Reinhardt, Brigitte Lindholm, Echo, and Angela Ziegler after saving Paris from Null Sector. Lucio and Sojourn would also join Overwatch shortly after, officially sparking the second iteration of the global strike team. With the rise of attacks across the globe, the people of the world need Overwatch now more than ever.