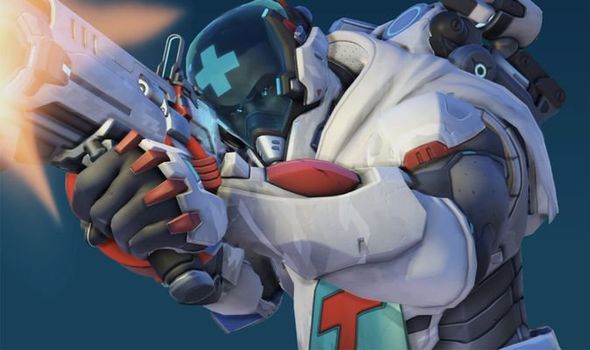 Overwatch developer Blizzard has made some huge changes as part of the game’s latest update.

The new Overwatch update finally adds a replay feature, which means you can watch past games from all angles.

“Experience your past Overwatch games from a whole new perspective with Replays,” Blizzard explains.

“Replays allows you to watch your ten most recent matches from any vantage point. Whether you want a first-person, third-person, or bird’s-eye view, you can see it all with this tool.

“Hone your strategies by slowing down or speeding up the game to see exactly how a critical moment played out, get a better view of the action from above, or even turn off the UI completely.”

Fans will also be excited to hear that the character of Baptiste continues to be fleshed out with a new event called Baptiste’s Reunion.

The limited event launches with its own set of rewards, including a brand new Medic Baptiste skin, which can be unlocked by winning nine games.

“We’re bringing Baptiste’s journey in the short story ‘What You Left Behind’ to Overwatch with some special, unlockable in-game content.

“Wins in Quick Play, Competitive Play, or Arcade will all earn you themed sprays, a player icon, and a new epic skin – MEDIC BAPTISTE!” 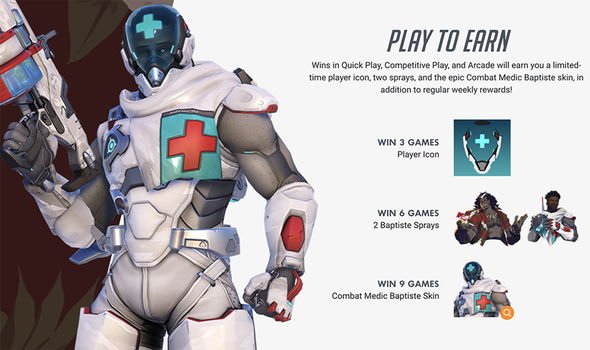 – Developer Comments: Given the dual nature of Baptiste’s weapon, he ends up having to reload often. We’re increasing the amount of ammo he has to work with so he can get more firing time while healing. Similarly, increasing the duration of Amplification Matrix will allow allies more time to get into position to make use of it.

• Reduced length of Defense Matrix from 15 meters to 10 meters.

– Developer Comments: Defense Matrix is a very powerful defensive ability and can often feel oppressive from far away. Reducing the range on it will require D.Va to position herself more carefully to take advantage of its effects.

– Developer Comments: On average, McCree’s damage output wasn’t quite making up for the relatively low mobility or utility in his kit. Reducing his weapon’s recovery time improves the potential damage output without affecting the number of successful shots to kill an enemy.

• Barrier can be deployed without interrupting reload.

– Developer Comments: Orisa has one of the longest weapon reloads and interrupting it to deploy a new barrier felt too disruptive to her gameplay. This change allows her to reload as needed while still being able to protect herself and her team.

– Developer Comments: This is primarily a quality of life improvement as it was possible to create a teleporter that Symmetra was unable to interact with unless she moved toward it.

– Developer Comments: The combined damage output of Torbjörn’s secondary fire with his Overload ability was too high given his recently increased survivability.

• Time awarded for capturing Point A on all Assault maps has been reduced from 4 minutes to 3 minutes.

• Upon losing Point A, any defenders that are dead, or that die shortly thereafter, will have a maximum respawn of 3.5 seconds.

– Developer Comments: Assault match lengths are averaging higher than we’re happy with, particularly in Competitive where there are multiple rounds. We’re also concerned with how often Offense fully captures Point A and Point B. Reducing the round time from 8 to 7 minutes should address both these concerns, as less overall time rewards better Defense.

– Additionally, sometimes Defenders fight late with good intentions at Point A and end up staggered from their team when A falls, leaving their team with uneven footing to defend a rush to B. In these situations, temporarily lowering the respawn time to get those Defenders back with their team should be a better match experience and doesn’t punish players so harshly for wanting to defend Point A.

• You can now disable conditions/actions/rules without deleting them.

• (PC) When copying conditions/actions/rules, the contents will also be copied to your clipboard in a text format.

• (PC) When pasting conditions/actions/rules, the editor will use the text from your clipboard.