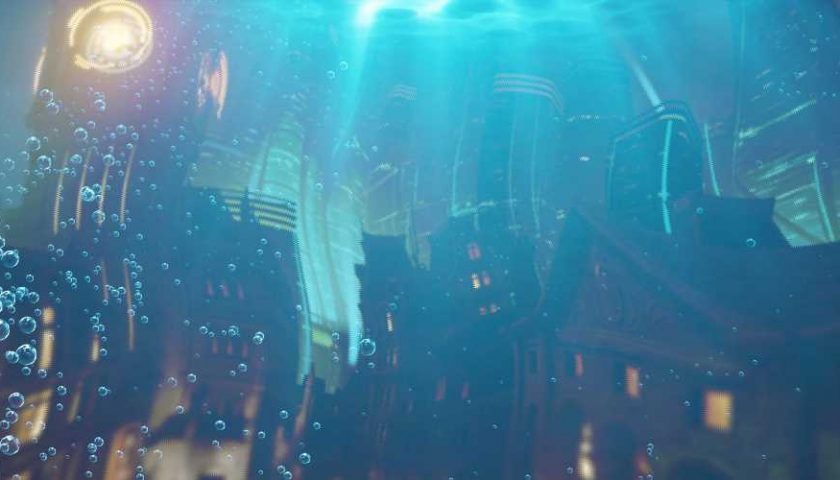 Overwatch 2 players think that the next map might take place underwater, as there have been several hints at a location called "Atlantic Arcology".

As pointed out by Twitter user OverwatchNaeri, there have been several hints since before Overwatch was even released that there'd be an underwater map at some point. Some of the original map concepts for the first Overwatch include a map called "Galapagos" which seems to take place in some kind of underwater structure.

Now, for Overwatch 2, Blizzard has included the phrase "Atlantic Arcology" as a location within two of the game's maps – Midtown and Esperança. The location can be seen mentioned on destination boards within both of the maps, so it's clearly referencing some kind of in-world location. Blizzard has previously teased maps and heroes in this manner before too, so it makes sense for it to do it again.

Underneath the Twitter thread collecting the evidence for an upcoming water map, Twitter user Tresvsss pointed out that Blizzard shared an image of Wrecking Ball in front of a watery background for the game's anniversary last year. There's no water map in the game currently, so it could be seen as a tease for the Atlantic Arcology.

When Overwatch 2 was leaked, pro player Kephrii tweeted that he'd heard that the sequel was going to incorporate water in some of the maps and that one of the heroes was water-based. Kephrii said, "Since it got made public/leaked already; yeah Overwatch 2 is going to introduce water into the terrain & there will be a hero that can swim n shit. It feels pretty fluid (no pun intended) and is kinda dope tbh".

That didn't end up happening in the full game, at least so far, so it's possible that it's still to come and related to whatever the Atlantic Arcology map is. It could also just be a unique location not related to a hero but, if true, the two do seem linked in some regard.