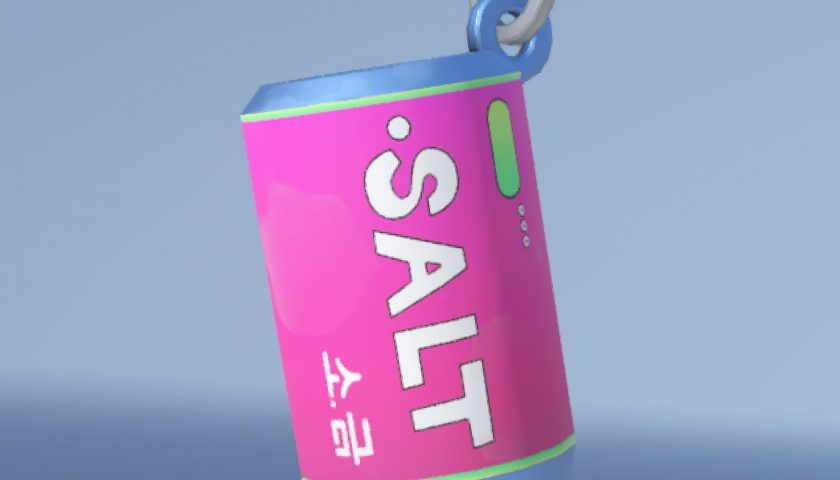 Overwatch 2 isn't handing out new heroes for free like the good ol' days. Instead, you have to grind the battle pass – for Kiriko, that was grinding up to tier 55, but as players complained it took too long, Blizzard shortened it to tier 45 for Ramattra.

To boot, he comes with a pink salt charm based on D.Va's spray, which may or may not be an intentional jab. Regardless, many are taking to be a dig at the community for getting upset over the tier-placement of new heroes, as it was found that it was taking upward of 50 hours to unlock Kiriko. As such, it's not going down all that well with players.

"Blizzard is throwing shade right now," Zkenny13 wrote. BarBarBarick added, "Fuck you too Blizzard," which connorcallisto replied with, "they want my $10 so badly". If you're not terminally online and don't get what the joke is (or might be), being salty means to be annoyed, but it's usually used in a way to mock people who do get annoyed. You'll hear it a lot if you get worked up in an FPS game.

But while some were upset, with one commenter saying that Blizzard should've just added a middle finger charm, others found humour in it. "Ngl I find this hilarious", Thalraxor said. "Okay thats realy funny ngl", robborrorobborrobbor added.

For those who have grinded to unlock Ramattra and, by extension, the salt charm, they're reporting that he's not all that great, anyway, dealing low damage and paling in comparison to other Tanks. Still, his design and voice acting is going down well, as he's quickly becoming a popular character among the community.

Another aspect of this season not going down well either is the second Battle Pass itself, especially for Support mains. There's a lack of cosmetics for Support players, which coupled with the lack of people playing Support – hence faster queue times – is really rubbing salt in the wound.