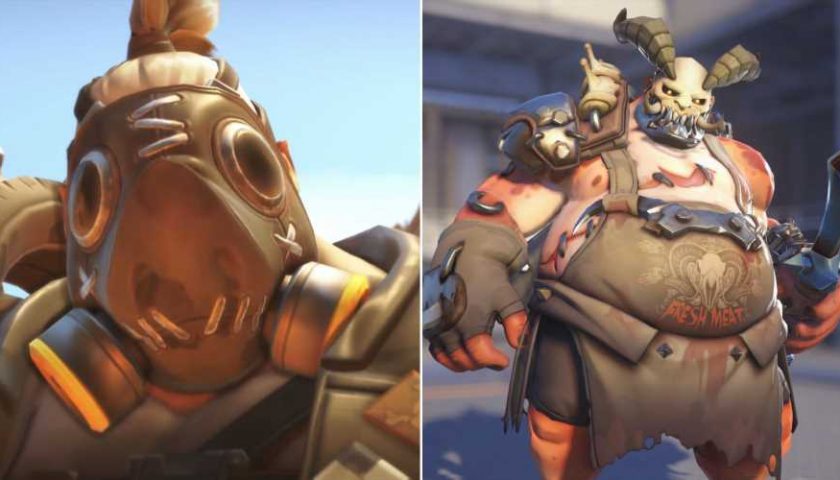 With the game being five vs five, every player has a role in the team when you're playing Overwatch 2. When you get into a game, you can get different objectives ranging from escorting or defending payloads to occupying a certain area for a limited amount of time.

There are a ton of different maps that you can get randomly, allowing you to select a different hero who'll be good based on the layout of your map. Fortunately, Roadhog is one of the few characters who is good on almost all the maps in the game because of his flexible kit. 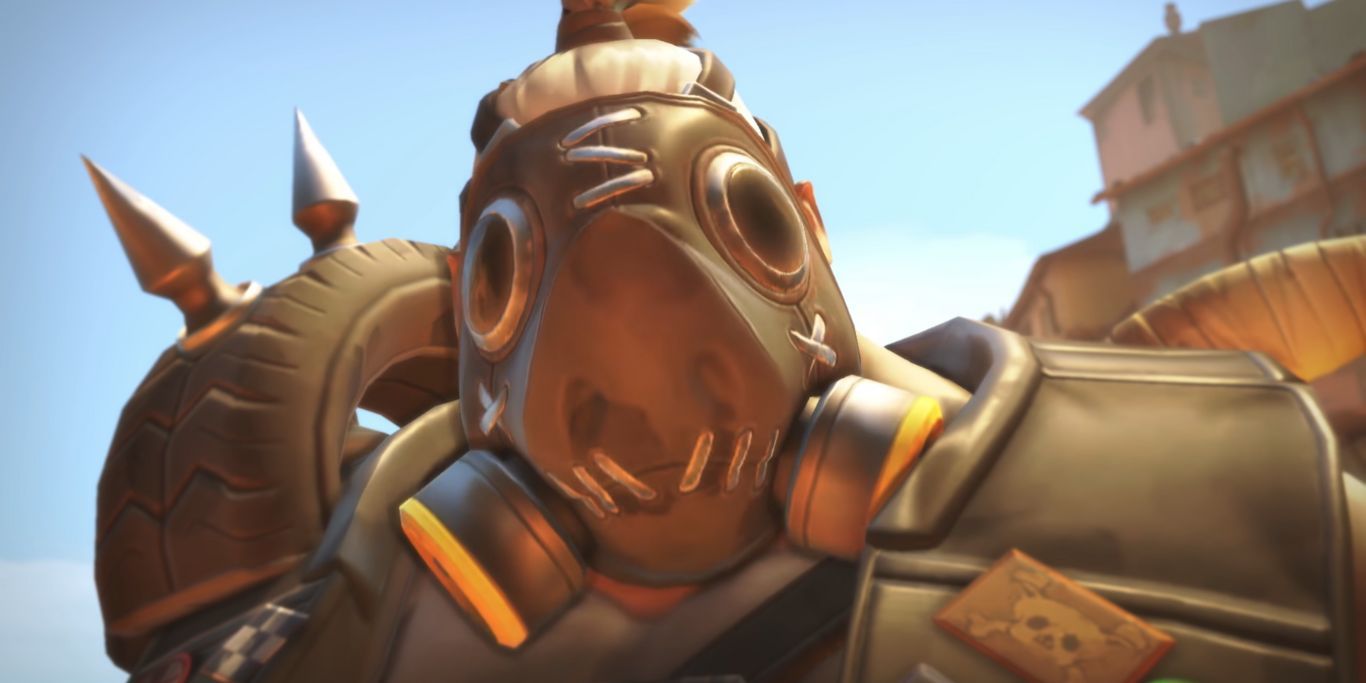 Whenever you get into a Role or Open Queue in Overwatch 2, you can select a hero from three different roles: Tank, Support, and Damage. The only difference is that you're restricted to your selected role in Role Queue, while you can choose any hero across the board in Open Queue.

Roadhog belongs to the Tank role in the game. As the name suggests, your job is to take a ton of damage for your team and protect the squishy characters using the different skills you have. This is the reason why every tank has some sort of crowd-controlling abilities.

Roadhog also shares a passive with the rest of the Tank heroes that reduce the knockback he receives from enemy abilities. Furthermore, he can generate Ultimate points by taking damage and healing as well.

The main difference between the first and the second Overwatch game is the reduction of Tanks in a particular team. In the previous game, you'd have two Tanks in a team making it six vs six. This reduction also caused an increase in the time you'd have to wait in queue for the role. 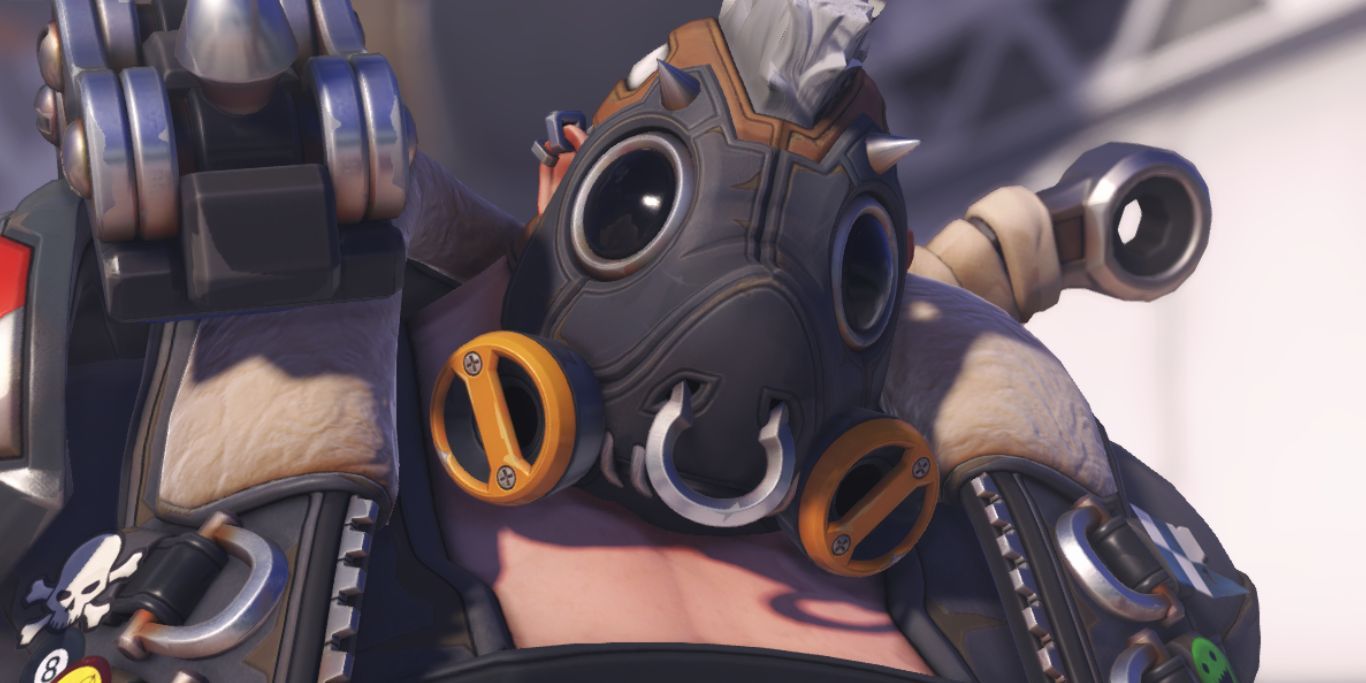 Roadhog has a total of five abilities and here's what they all do for him:

Some characters in the game are lucky enough to get their own unique passive like wall climbing or gliding, but unfortunately, Roadhog isn't one of them. The only passive he has is the one shared by all the Tanks in the game.

Tips To Play As Roadhog 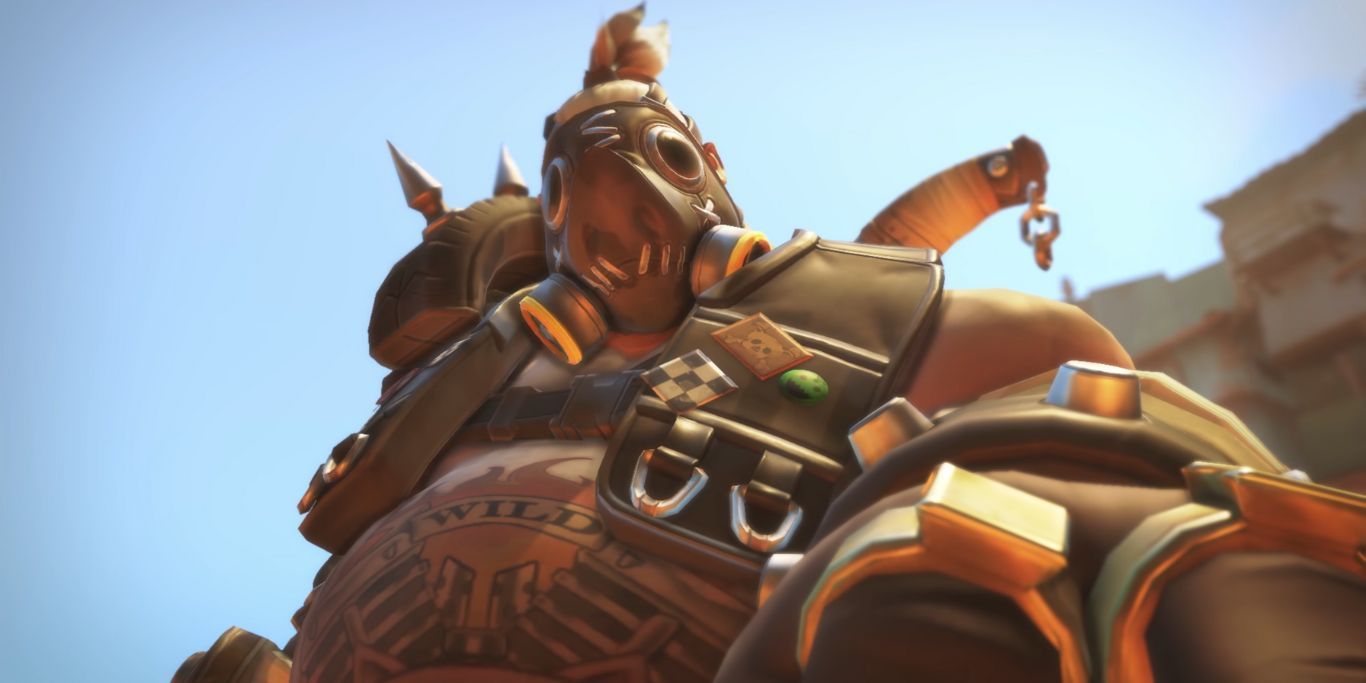 Tank is possibly the hardest role to play in Overwatch 2 because of the impact your gameplay can have on the victory or defeat of your team. You need to make sure that none of the enemy Damage heroes get to your back line, while also tanking the damage dealt to your team from the front.

Since you're the only tank on the team, it's easy to get overwhelmed, especially if you're not getting the required healing from your Support while you do your job. Here are a few tips that can make playing Roadhog a lot easier for you:

Edges Are Your Best Friend 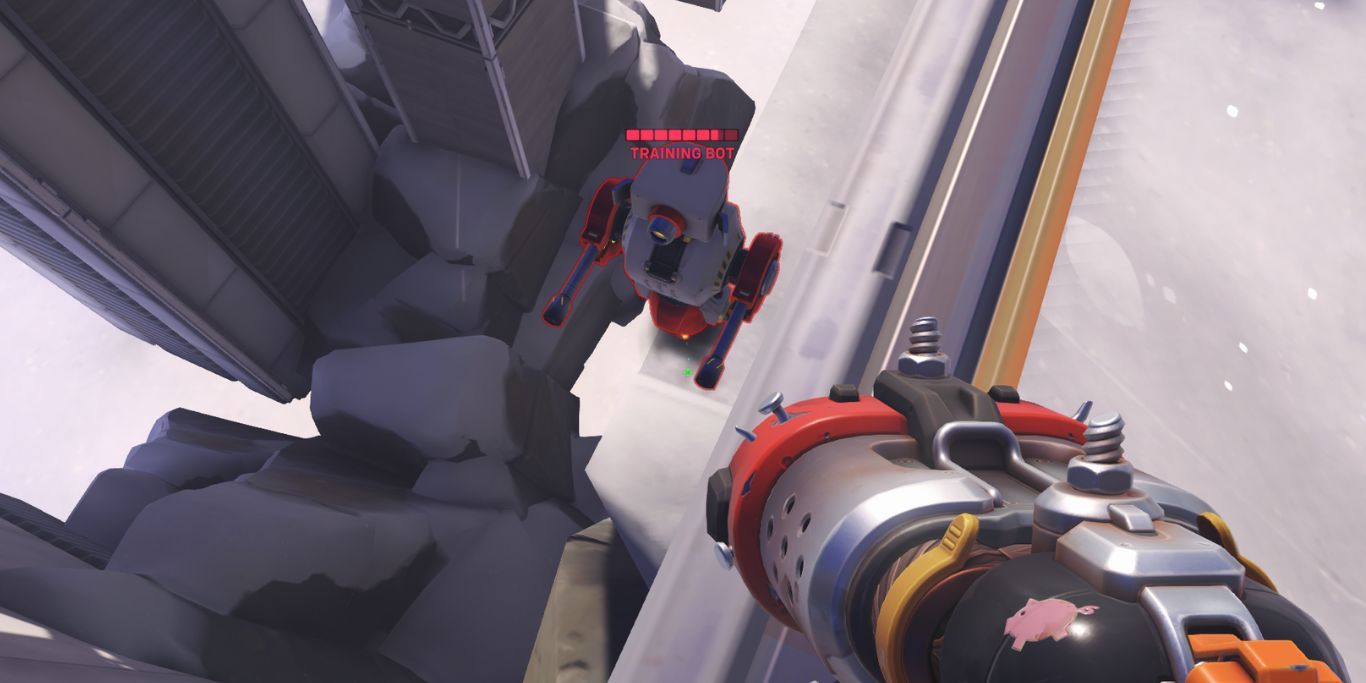 Roadhog is one of the most fun Tanks to play in the game specifically because of his Chain Hook. It's already a great ability because you can pull an enemy's squishy character toward your team, which almost guarantees their demise. There are also a few other tricks with this ability that'll help you a lot.

During the entire animation of you hitting the character with the hook and pulling them, your movement will decide where the hooked enemy ends up. Here's how this can affect you and your team:

The second pointer is what makes edges your best friend. If you hook an enemy while you're standing near an edge, you can look in the direction of the fall, and it'll force the enemy to fall almost every time unless they have a flight or wall-climbing ability.

Moreover, some maps contain deathly holes in the middle of the area you have to capture. In these games, you can simply stand on one edge of the hole and hook enemies from any direction to make them fall inside.

Melee Is Important With Roadhog 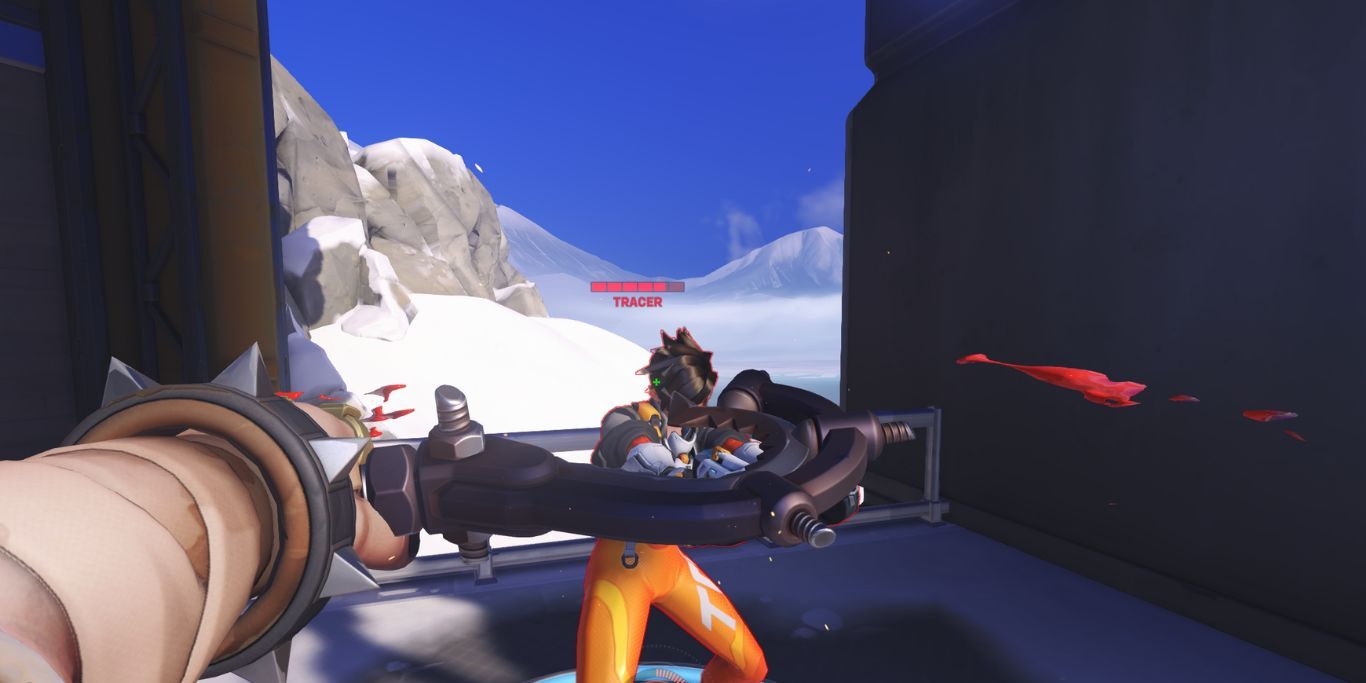 When you do the Tutorial for Overwatch 2, it tells you that you can melee an enemy when they're super close to you to deal a little damage to them. For most of the heroes in the game, you will never be using this mechanic because it's quite hard to remember it's there at the right time.

While melee can make a difference for every hero in a lot of fights, it is especially important for Roadhog because of his combination. Whenever you successfully hook any squishy character, and they don't fall down an edge, you can hit them with your primary weapon instantly followed by a melee hit to kill them right there.

You'll be surprised by the number of times an enemy will be able to escape with one health because of their dash ability even after you hook them. Once you get used to performing a melee attack afterward, you'll see that happening a lot less.

Don't Forget To Keep A Check On Your Health 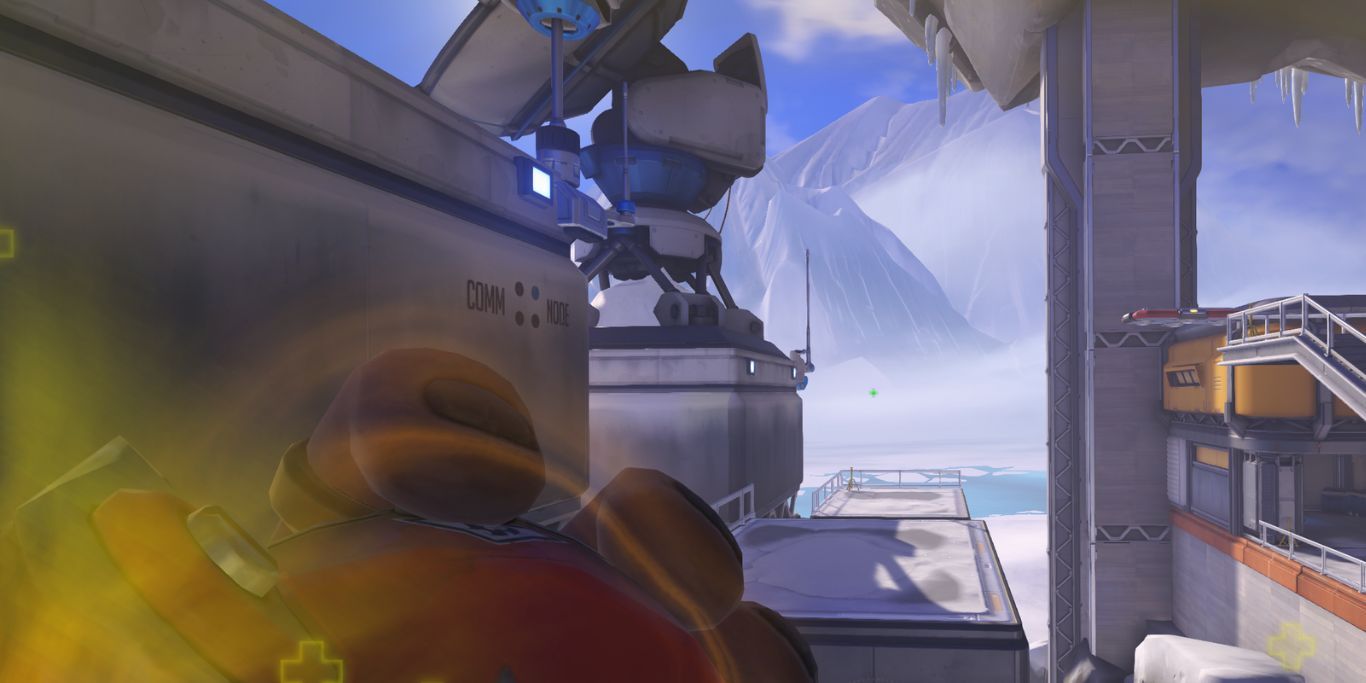 Usually, it'd be easy to keep a check on your health because you can see it clearly at the bottom-left of your HUD. Unfortunately, you have a lot more things to pay attention to when you're playing Roadhog. This includes tracing enemies to be ready to hook them whenever your ability is available.

In these scenarios, it's important to keep a check on how low your health is, especially because you can heal yourself. Even if you're at 70 percent HP with no enemies around, it's recommended to use Take A Breather because the cooldown on it is relatively short.

He's Not An Aggressive Tank 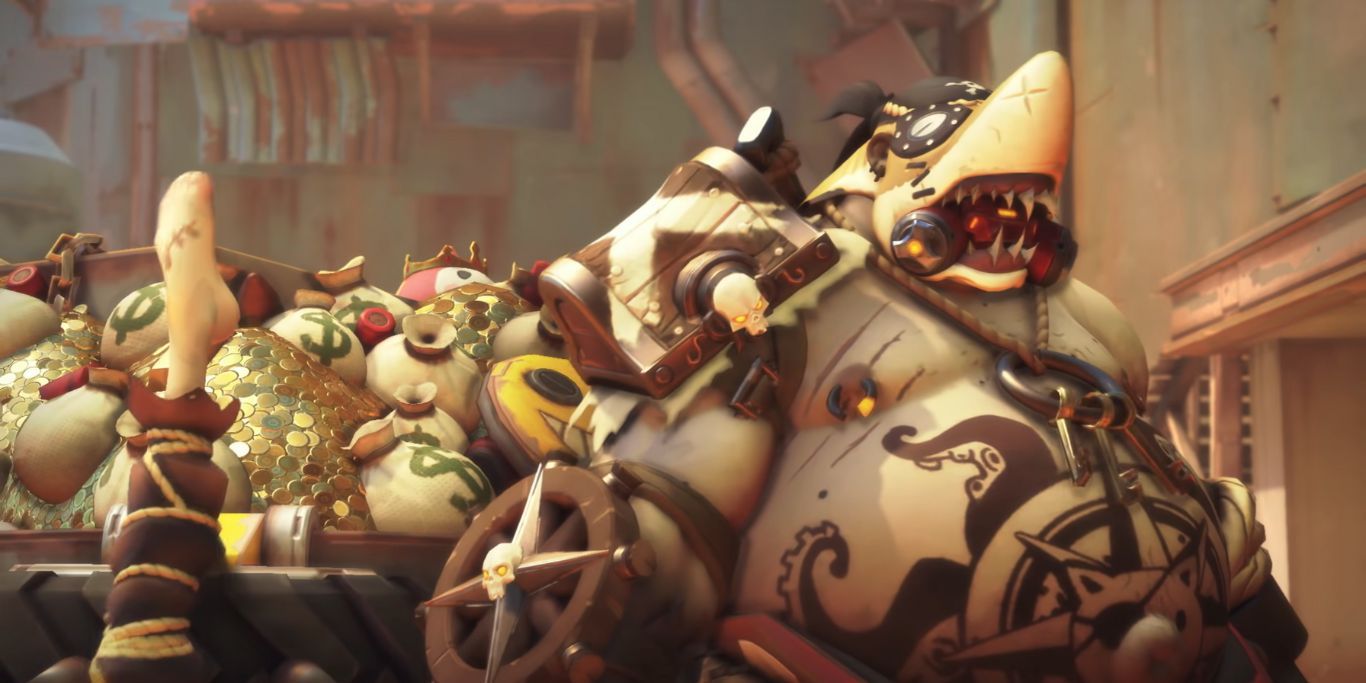 This might be the only problem while you're using Roadhog. The special part about most of the Tanks in the game is their ability to mitigate damage using a barrier or some damage-reduction ability. This hero has no such abilities, and he can't mitigate a lot of damage.

He has high HP and the ability to heal himself, but without good Support heroes, he won't be able to tank the damage well in a battle. If you want to use this character in a game against good enemies, you might have to rely on certain tanky Support and Damage characters to help you.

On the other hand, the damage output from Roadhog will surprise you considering he's a Tank. You can two-shot almost every squishy character in the game even with the medium-range secondary shot of your weapon, given that you can be extremely precise with it.