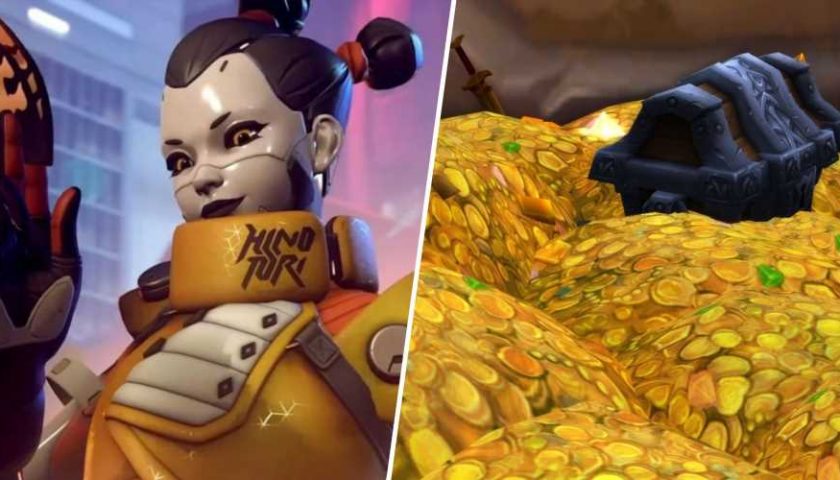 I don't think it's unfair to say that most fans of Overwatch 2 aren't very happy with the game's monetization methods. It's gotten so bad that players have started wishing for loot boxes back, and the money that Blizzard is asking for for individual skins is borderline absurd. It might be a free-to-play title now, but that hasn't stopped fans from pointing out when they feel they're being ripped off. It doesn't help that the game's weekly challenges are so stingy that raising enough coins to buy something with in-game currency takes a ridiculous amount of time.

To give you the raw numbers, doing every single weekly challenge nets you 60 Overwatch Coins, the equivalent of $0.60. That means that if you were to complete every weekly challenge for a month, you'd get about $2.40 worth of in-game currency. Since Blizzard is charging over $20 for some skins, you can see why so many people in the community are upset about it. However, Overwatch fans are a resourceful bunch, and have turned to World of Warcraft gold farming in order to buy their desired Overwatch 2 skins.

First noticed by GamesRadar, someone on the Overwatch subreddit by the name of Everdale recently discovered that its actually faster to earn Overwatch 2 skins by playing World of Warcraft instead of the game itself. Blizzard implemented a system into World of Warcraft a while back that allows players to exchange in-game gold for Tokens in the games auction house. These tokens can then be redeemed for either a month's free subscription or $15 for your Battle.net account, which players are now using to purchase Overwatch 2 skins.

As explained by Everdale in their Reddit post, the rate still isn't great and it all depends on how good you are at gold farming or navigating the game's auction house. There's also the small matter that you need to pay a subscription fee to actually play World of Warcraft, and that's not even mentioning the box price.

However, it's still pretty damning for Overwatch 2's monetization system that players would rather grind in a completely different game than the one they're buying content for, and the fact that it seems to be a lot more effective for a large amount of people shows just how ridiculous the entire situation is.

Then you add into the mix that players are still having to deal with endless glitches – like Sombra still being able to teleport inside the payload – and Heroes getting pulled due to ridiculous bugs, the latest being Mei, as a player recently discovered a way to glitch underneath the map with her Ice Wall ability and an ally Kiriko player. All of these issues are causing the community to become angrier and angrier, but Blizzard is showing no signs of easing its monetization methods any time soon.