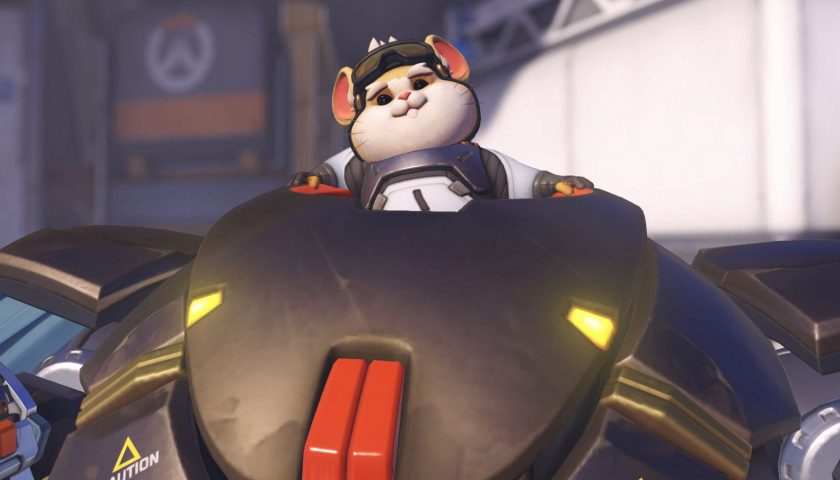 Spare a thought for the Wrecking Ball mains out there. Now that Overwatch 2 has brought team sizes down from six to five, it's a lot harder for them to get away with picking the hamster. I mean, if you only have one Tank, you don't really want them to be on the other side of the map, desperately trying to get Play of the Game with a triple boop off the edge. Alas, Ball just doesn't fit into Overwatch like he (kinda) used to.

In aid of this, Overwatch 2 players are discussing what changes he needs to better suit the 5v5 playstyle. Suggestions range from improving his survivability to reworking him all together. Some fans even suggest new moves for the hamster, including one that would let him bite and "infect" his opponents for ongoing damage.

"As a Wrecking Ball main, gun damage is the biggest thing that needs a buff," says Reddit user Mattoton. "It feels like you're firing pellets at the enemies."

CheckTec00 agrees, suggesting other small upgrades. "I'd just like to see quality of life changes. Like a visible timer on grapple cooldown, just ending his fireball and not his grapple after 6 seconds, [and] not cancelling reload when switching form."

However, some players have their sights set much higher, with Poggerman200000 chiming in with the best suggestion yet: "Give him a baby D.Va mode where he runs around with 100 HP."

Many in the replies love this idea, unable to get over the image of a tiny hamster scurrying across the map until he can call his mech back. But one fan wants to take it even further.

"I'd say give him 50 HP in baby Hammond mode, but really fast movement speed, wall climbing and no backup weapon with a 5-second cooldown to recall his mech," says Ainolukos "Easily killable but hard to shoot a small hamster moving rapidly around the map"

With that in mind, other fans are even coming up with unique moves he could use while in this new baby form. "Make him have an attack that bites for 2 damage but inflicts a 100dps attack for 3 seconds and call it rabies," says Darknessidiot1227. "Imagine how scary a tiny little fucking rat [would be] with crazy movement speed and a wall climb just crawling around and giving the enemy rabies."

So, take notes Blizzard – the people want to scurry around as a diseased rodent. Keep that in mind during his inevitable rework, yeah?