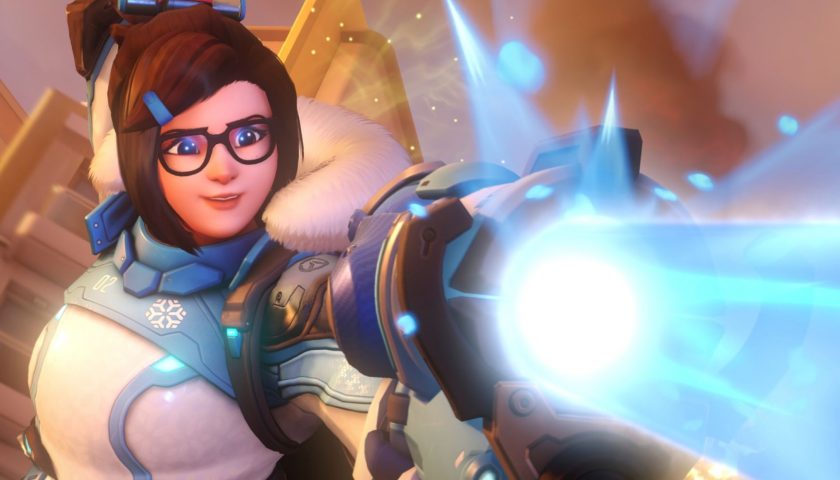 If you're a Mei main and were planning for a good ol' session of Overwatch 2 at some point in the next two weeks, then you're in for some disappointment, as Blizzard has announced that it's pulling Mei from the roster due to a bug in her Ice Wall abiliy that players are using to enter restricted areas of maps. Something similar happened with Bastion and Torbjorn not too long ago, who were also both temporarily removed due to bugs found in their Ultimates.

First shared by Polygon, the Blizzard customer support Twitter account for The Americas explained that Mei is being removed as her Ice Wall ability "allows heroes to reach unintended locations." It then goes on to explain that it aims to bring Mei back to the roster on November 15, the date of the game's next big patch.

The bug in question was recently demonstrated by a Redditor called Ravnuslock over on the Overwatch subreddit. Using Mei's Ice Wall ability in a certain building in Overwatch 2's Busan map makes the scientist clip through the ceiling. An ally Kiriko player can then teleport to Mei's location and climb away to walk out of bounds, letting them freely walk underneath the map and shoot at opposition players completely unopposed.

According to several Reddit users in the same thread, this can be done in several different places across most of the game's maps if you have a Mei/Kiriko combo. Blizzard's decision to pull Mei from the game entirely was probably the simplest solution, but it does mean that Mei cannot be played until at least November 15 now. At least Mei mains will finally understand how Bastion mains feel now.