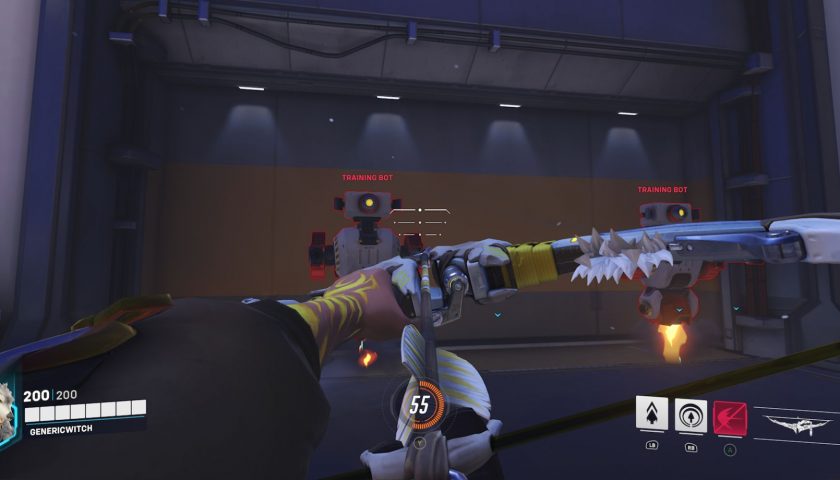 Overwatch 2 is being very generous with its hitboxes. As spotted by some players in the training area, the game is repeatedly registering hits as headshots, even if they're nowhere near the enemy's head. In fact, some of these shots miss their target completely, but one-shot them regardless.

It's not clear if these changes are intentional, making the game much easier for casuals, or a glitch caused by the new character models. In some instances, it even looks like shots are "homing in" on their targets, meaning that hits are landing as long as you shoot vaguely near your enemy. In any case, this is a great time to get up some kills, as some of the footage being captured makes it look like everyone's playing with an aimbot.

As you can see in Hanzo gameplay in particular, the game is being very kind with what it considers a headshot. In the clip below, there was a good bit of distance between Tracer's head and where the arrow landed – but it still took her out in one hit anyway.

And it's not just the DPS characters experiencing this unexpected change. Another video shared to the Overwatch subreddit shows Kiriko hitting Tracer with attacks that definitely should not have hit. Admittedly, this isn't as drastic as what we saw with Hanzo, but it still shows that the bizarre headshot changes might be universal.

Having just played around with it myself, I can confirm that something is up with either the hitboxes or aim assist. I'm a Mercy main, and therefore cannot aim. That didn't stop me from sniping moving targets as Hanzo and Widowmaker. So to my fellow support mains… now's the time to start branching out.

Blizzard hasn't noted this down in its list of known bugs, so it remains to be seen if the developer decides to patch this out. If it does, then go and enjoy it while you can – it'll be back to Mercy and Moira for some of us soon.