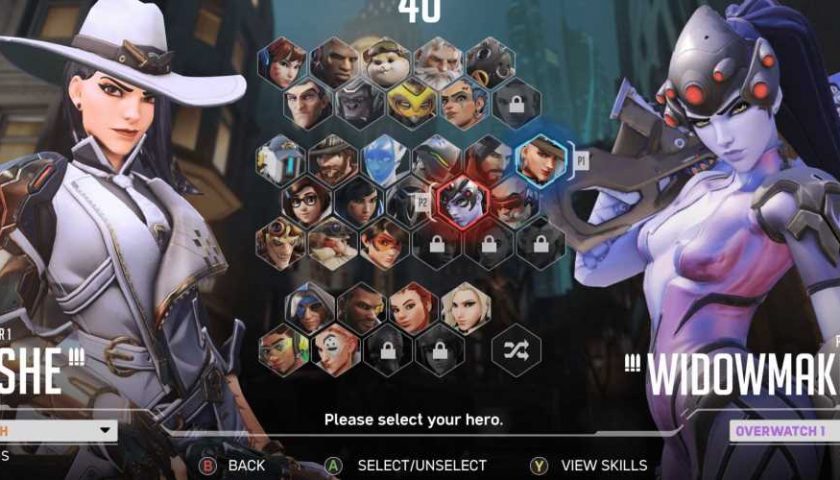 Before Overwatch became the team-based hero shooter that it is today, Blizzard was working on a top-secret MMO called Titan. Details of the game remain murky (probably because it was never finished), but the idea would have been a massive online PC shooter where players shoot their way across a future version of Earth. Titan was eventually canceled and reworked into Overwatch, a fusion of Team Fortress 2 and MOBA-style gameplay.

But what if instead of going the team-based hero shooter route, Blizzard did a complete 180 and decided to turn Titan into a fighting game? Then we might have wound up with something similar to Hero Hustle, a fighting game concept based on Overwatch from graphics designer Yumi K.

As you can see from Yumi K's footage, the character select screen looks sort of like MK11's, with all the hero icons in the middle and the selected characters showcased on either side. The middle icons are broken down into Damage, Tank, and Support categories just like in Overwatch 2, and there's even a skin-select dropdown menu. Note that a few of Overwatch's original heroes, including Zarya, Symmetra, and Zenyatta, are still locked out, indicating this fictional UI is for a new player.

Head over to Yumi K's site and you'll find quite a few iterations of the UI inspired by other fighting games like Street Fighter 5, Tekken 7, and Guilty Gear Strive. This eventually got narrowed down to the current layout, swapping rectangles for hexagons and adding a countdown timer at the top, and select buttons at the bottom.

Yumi K said that she hopes to leverage this project for her "dream job," and although she didn't mention Blizzard by name, she's already getting noticed by the Overwatch developer. Scott Hernandez, senior UI designer on Diablo 4, commented on the Twitter post how Yumi K has also posted a mockup of what the Overwatch fighting game would look like after characters have been selected and it's time to start fighting.

It seems like Yumi K has already done half the work of creating an Overwatch fighting game already so maybe we’ll see Blizzard give this the green light. Stranger things have happened.