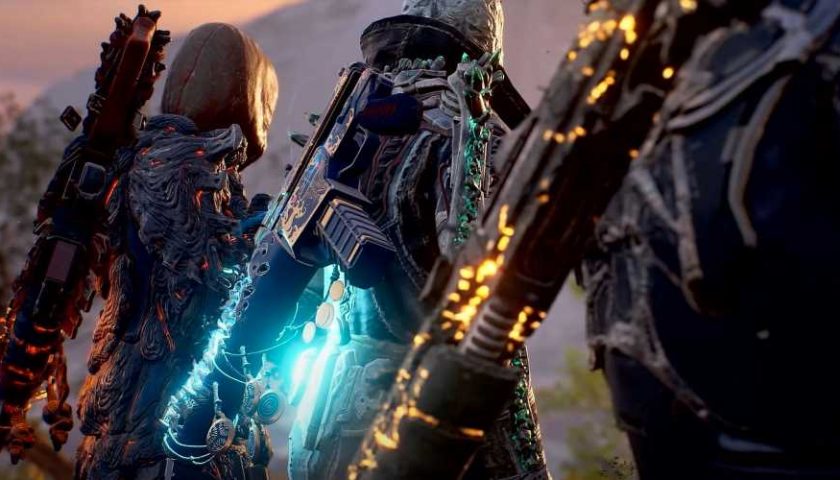 It's no secret Outriders wasn't a huge success for People Can Fly, as back in August the studio stated it is yet to receive any royalties for the game from its publisher Square Enix. The developer now expects Outriders to come closer to the break-even point next year after Worldslayer expansion is launched.

Sebastian Wojciechowski, CEO of People Can Fly, revealed the studio's hopes during an interview with PAP Biznes. According to him, the Worldslayer DLC, which is coming at an unspecified date in 2022, will not only increase the revenue but also additionally boost sales of the base game, leading to finally achieving some profitability from the studio's largest project to date.

"The additional costs of developing new content for this game do not make the profit-and-loss account of this project any dramatic changes," Wojciechowski says. However, the production costs of Worldslayer are definitely increasing the overall spending on the Outriders IP.

Judging by what the CEO said, players probably shouldn't expect any other new content for Outriders apart from Worldslayer — unless the upcoming DLC suddenly exceeds all expectations.

The work on the expansion began in the first quarter of 2020, well before Outriders launched in April 2021. Prior to that, the studio hinted the game might get bigger, but only if the players want it to. Turns out, the devs planned at least one expansion right from the start.

Wojciechowski believes that Outriders could have been much more successful if not for the technical issues at launch, leading to many players having trouble playing the game. Particularly, those problems related to the pandemic and the struggles for the devs to effectively work remotely.

"The demo generated a lot of interest in the game," the CEO explains. "Later, […] there were, unfortunately, some problems — both in terms of infrastructure and the game itself and we lose this momentum a bit. A lesson for both us and probably the publisher that some things require extra care."

Besides Outriders' support, People Can Fly is currently working on two more triple-A games with Square Enix and Take-Two Interactive. Both projects are still in the pre-production stage and are expected to launch by the end of 2024. The studio also plans to tackle smaller titles annually in between those larger projects.