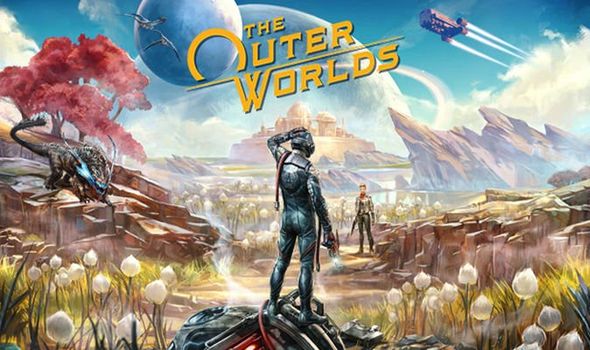 Gamers are reporting that The Outer Worlds DLC – Perils of Gorgon – may have launched early, at least in part.

A massive new Outer Worlds update has been released today, although the size is said to vary depending on platform.

The patch notes from Obsidian confirm that today’s Outer Worlds update includes the files for the new DLC, meaning you will need to download it if you want access.

It also fixes a number of issues found across PS4, Xbox One, PC and Nintendo Switch, as confirmed by the development team today:

“The next time you launch The Outer Worlds, you should see Patch 1.4 ready to download and install!

“The patch has been released for players across all platforms, and it is required in order to fix specific issues and apply any changes included.

“If you do not see this update right away, please know that it may take some time to populate and become available.”

Some gamers are reporting a download size of around 45GB, while others have received something weighing in at 15GB.

Not set time has been announced for when the Perils of Gorgon will be come playable on any platform.

However, we do know that The Outer Worlds DLC has a release date set for Wednesday, September 9, 2020.

So it will be worth keeping an eye on the various digital storefront and in-game notifications from midnight onwards.

Here’s more on what you can expect when the new DLC has been released across all platforms:

“Fans of noir mysteries are in for a treat, as Peril drops the crew of the Unreliable right in the middle of a seedy scientific enigma.

“The expansion kicks off with an introduction to cocktail-wielding dame Minnie Ambrose, who dishes out a classic detective quest: discover why Spacer’s Choice shut down the disastrous Gorgon Project, and reveal the fate of Minnie’s missing mother, head project researcher Olivia Ambrose.

“Every part of the mission and side quests on Gorgon have a flair for the dramatic, from the region’s new music to the shady “Mysterious Figure” I encountered towards the end of my gameplay.

“Speaking of drama, the Gorgon Asteroid is a fully explorable region teeming with new moral quandaries to solve. Rather than diving right into the mysteries of the Gorgon Project I spent some time meeting local scavengers at the Sprat Shack, a Sub-lighter hub where I tangled with such colorful characters as Freddie the Scab and Junkyard Trixie.

“Alongside the local riff-raff are introductions to some compelling side quests, including a tragically touching mission to reunite a widow with her lost husband’s hip flask. Exploration is always encouraged in Outer Worlds, but I appreciated how these side missions tied seamlessly into the larger mystery of Gorgon.”

Patch notes from today’s Outer Worlds update can be found below:

Pokemon Sword And Shield False Swipe TM – How To Get

Activision denies Call Of Duty accounts have been hacked, despite insider claims
We and our partners use cookies on this site to improve our service, perform analytics, personalize advertising, measure advertising performance, and remember website preferences.Ok