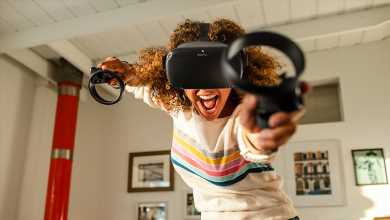 2021 has seen Facebook roll out some big updates for the Oculus Quest platform, with most focused on the newer, more powerful Quest 2. One of the major additions a couple of months ago was Air Link enabling wireless streaming from a PC. An Oculus Quest 2 feature, it was never clear if Air Link would be brought to the original Quest – or if it was even viable – but that’s now been confirmed by the boss man himself, Mark Zuckerberg.

In a recent Facebook post talking about the next v30 update, Zuckerberg reveals that “Air Link for Quest 1 is coming too…” which hints that it might not be far away. That’s not only an added bonus for Oculus Quest owners so they can maintain those wireless freedoms the platform was built around but also highlights Facebook’s continued interest in supporting the headset.

When it arrives is another matter. Currently, Facebook hasn’t given any indication of when that might be but going on the monthly trend the recent updates have adhered to it is most likely going to be in June. As mentioned, Zuckerberg has teased a bit more info on v30 which is going to further expand Oculus Quest’s Infinite Office functionality. There’s going to be better multitasking support for those that do want to work in VR, with a short clip showcasing three windows being opened in a triple curved monitor arrangement.

Oh, and if you’re wondering where Mark hangs out in VR and where you might jump into him, he says he’s still playing a lot of Onward and Population: One, two of Oculus Quest best shooters. They also just happen to be the titles by the two studios Facebook recently acquired, Downpour Interactive and BigBox VR respectively.

Expect plenty more features to be revealed soon as Facebook does fairly well at jam-packing content into each and every update rather than incremental improvements. As those details are revealed, VRFocus will let you know.