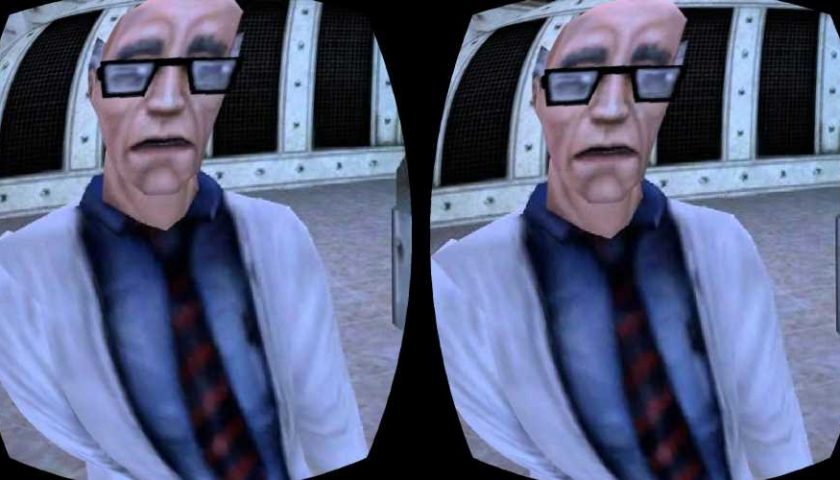 Half-Life 2 isn't the only game getting the VR treatment from fans – from October 20, you'll be able to head into the Black Mesa facility to crowbar headcrabs, read someone's private emails, and push all those elevator buttons in VR.

It even supports melee weapons with the player in the trailer seen to be smashing glass and crawling through broken doorways just as you can in the original. Everything appears functional, including mounted turrets and controlled rocket launchers, so you can truly experience the original Half-Life in full with a more immersive touch.

It's even launching on Steam, so it should be easy enough to find and download. However, you will need a copy of the original Half-Life – not the Source version – or you won't have access. And, of course, you'll need a VR headset handy.

"Hi, I am Max! I have been working on this mod with the help of a few lovely folks since 2017. And now it's finally on Steam!" the story page description reads. "This is a – still beta! – Virtual Reality mod (or port?) of the original Half-Life game from 1998… It is highly configurable and supports all past, present, and future VR hardware by utilizing SteamVR's VR Input system."

With it being in beta, performance is a little shaky, though Max notes that it is playable from start to finish, meaning you can try Xen's trippy platforming segments in VR. That's a surefire way to get sick. Buttons, levers, and other usable objects in-game should work, though if they don't, Max suggests switching to "Legacy Mode".

With that, we can now play Half-Life and Half-Life 2 in VR alongside Alyx – that just leaves the episodes, Opposing Force, Decay, and Blue Shift.