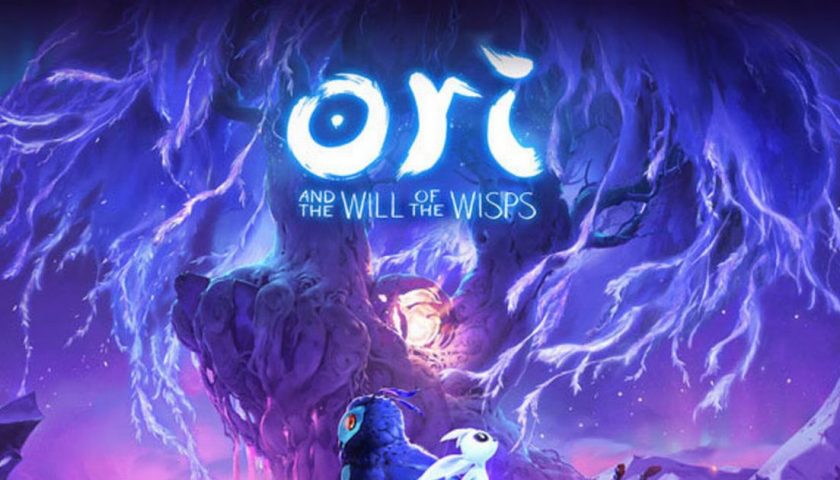 Ori and the Blind Forest was a phenomenal success for the Xbox One. For most people, the game came out of nowhere, launching to rave reviews and fervent word of mouth. 'It's a game that perfects Metroidvania!' people would tweet, 'it's the perfect platformer!'

But the developers at Moon Studios weren't satisfied. Sure, everyone loved this emotional, tough-as-nails romp through a beautiful forest, full of Pixar-like creatures and supported with its swelling orchestral OST. But the developers knew there was more to be done in the genre, and so work quietly began on Ori and the Will of the Wisps.

Between Blind Forest's launch and Will of the Wisps' announcement, a few other games hit the market – the likes of Axiom Verge and the superb Hollow Knight released, and the impact of Ori was muted a little. Metroidvania has been evolving over the past few years – it's probably fair to say we're in a renaissance of the genre – and all that's doing is serving as more fuel to Moon Studio's passionate fire.

“A lot of what we’re doing with Will of the Wisps is trying to perfect the genre, perfect Metroidvania. We looked at a lot of games that have come out since the first Ori – Hollow Knight, Axiom Verge – and studied them and researched them," explains Thomas Mahler, CEO of the Vienna-based Austrian Moon Studios.

“Now it’s our turn to take it to the next level. That’s how Ori evolves. We look at what’s been done since the last game, and we push it further. We take it further. It’s pretty bananas!”

“I’m such a fan of the genre, you know, and of course we’ve taken things from the game’s we’ve researched, but it’s more about taking Ori to the next level… we deeply care what the community says and thinks, and more than anything I think you can see that in how [we develop our games].”

“While we were making Blind Forest, we looked at all the message boards, all the feedback and it really helped us before and after development. So with Will of the Wisps, we’re keen to do what we can to make it perfect this time around – we want it to be absolutely perfect.”

The inspiration of something like Hollow Knight is undeniable here. As Mahler talks to us, he finds an NPC in the game that travels through the world and sells you maps… similar to Cornifer’s function in Team Cherry's cult Metroidvania hit.

Also, where Hollow Knight had Charms that alter elements of your speed, magic or agility, Ori and the Will of the Wisps has Spirit Shards… that operate in almost exactly the same way.

The difference to Hollow Knight is, in Ori you can upgrade these Shards and make them more powerful over time, giving you greater control over your ‘build’ and allowing you the freedom to really double down on getting the kind of platformer experience you want out of the game.

“An influence behind this is actually Diablo,” Mahler reveals. “A lot of us grew up playing Diablo, and it’s really cool to play as the Paladin or the Rogue and be able to go back and have different playstyles each time. Ori has replayability, we wanted to use that and let you think about your build every time you play."

“In the first game, you had the ability tree that was quite simple in how it progressed, but this time around we thought it would be much cooler if we added more variety to complement the added combat and platforming variety.”

You can only equip a few Shards at a time, so you need to decide if you’re going to be more defensive or more offensive, or if you want more passive perks.

It’s very different to the structure of the first game, and it affects how you approach the game from a fundamental level.

“We kind-of see Ori and the Will of the Wisps as multiple games in one” explains Mahler. “Each area of the game we want to feel like its own game – like we’d be happy shipping it as a package with its own mechanics as a single game.

"You know, you have games like VVVVVV where you have one thing that makes the game stand out… we want that for every level. We sort of did that in Blind Forest, but this time we went crazy every time [laughter].”

It's clear Moon Studios has approached this single entity as different games sewn together when you start to appreciate the art: the series has undergone a significant visual upgrade since Blind Forest, and now each biome hums with its own unique vibe – something that's clearly the result of a lot of development time.

"In terms of art, there are two huge things that we’ve done in this game. One of them is a dynamic lighting system, so every texture in the game reacts to lighting sources. That means we’ve gone in and painted light masking on every single surface, on every single asset. There are so many textures that we’ve had to paint… just so all the lighting is dynamic. It’s a ridiculous task.

“Also, physicality is everywhere – everything is alive. Everything you stand on, everything you interact with, it moves in time with Ori, in place in the world. It took a very long time to do, but we’re really happy with the results and how it looks. It looks so much better than just being static you know?”

The team spent 18 months’ development time in the original game getting the movement mechanics and the feel of the traversal just right – and that’s an element that’s carried over into Will of the Wisps, too. Take the new Burrow ability, for example: each biome has something you can Burrow through – sand, snow and so on.

“We thought about how we can make it look cool, so we [came up with] this spiraling effect Ori does through the ground, then we needed to think about how it could be used in combat, too. But we want it to look cool, that’s the main thing. Make it look good.”

Ori and the Will of the Wisps’ development is all about being good. Not satisfied with simply making a game with more physicality, more content, better graphics and more mechanics, the team at Moon Studios also hired the best speedrunner in the world from the first game to come in and be part of the development team for Will of the Wisps.

This ensures little ideas – like being able to chain one move into another – that the core team may have overlooked get raised in testing.

The Metroidvania market is currently incredibly robust – we're seeing a resurgence in the series, pioneered by creatives like Moon Studios, Team Cherry and Thomas Happ.

After the impact Ori made when it launched on Xbox One in 2015, Moon Studios is clearly out to remind people what it can achieve with Will of the Wisps.

It's a game that's been over three years in the making, but from what we played at E3 2018, and from what we've seen so far, it's worth every second.

"You know my favourite part of a Metroidvania game?" asks Mahler. "It's when the lightbulb goes off… when you get an ability or figure something out and you can say 'ah! Yes! I know exactly where to go!"

That's Ori's golden ingredient – it celebrates that lightbulb moment quite unlike any other game – and we can't wait to pick at the game's secrets when it launches in 2019.