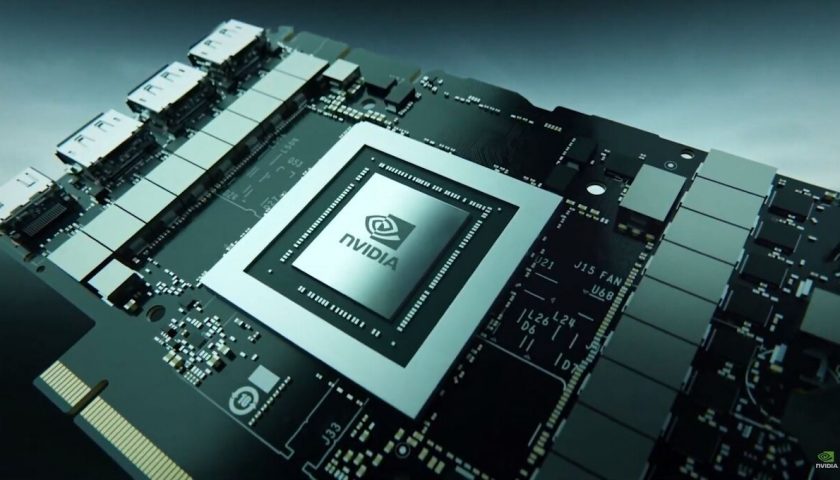 Samsung unveiled an array of super-slim, super-smart Galaxy laptops this morning, but notebooks weren’t the only hardware the company announced today. Tucked into the footnotes of an infographic on Samsung’s newsroom, you’ll find that the Galaxy Book Odyssey comes equipped with Nvidia’s GeForce RTX 3050 and RTX 3050 Ti Max-Q graphics cards. The only problem? Nvidia hasn’t announced any RTX 3050 or 3050 Ti GPUs yet.

Nvidia’s current RTX 30-series laptop and desktop graphics card lineups bottom out with the GeForce RTX 3060 right now, but rumors of the RTX 3050 and 3050 Ti have been swirling for weeks (and are now seemingly confirmed). Notebook Check broke news about the 3050 series’s impending launch roughly a month ago. Neither Nvidia nor Samsung have provided details about the thus-far-formally-unannounced GPU, but Notebook Check claims that the new graphics cards will offer “decent 1080p gaming performance for entry-level cards.”

If the rumored specs hold true, the GeForce RTX 3050 series will likely run much slower than its bigger siblings. While the laptop version of the RTX 3060 packs 3,840 CUDA graphics cores to power no-compromises 1080p and damned good 1440p gaming experiences, Notebook Check says the RTX 3050 Ti will wield 2,560 cores, while the RTX 3050 could come with 2,048.

In any case, it sounds like the GeForce RTX 3050 and 3050 Ti are inbound—and they can’t come soon enough given the world’s miserable graphics card shortage. If you’re looking for something a bit faster than entry-level 1080p gaming, be sure to check out our roundup of 21 RTX 30-series laptops you can buy right now. It may be impossible to get a desktop graphics card, but there are scads of RTX 3060, 3070, and 3080 laptops available as we speak.