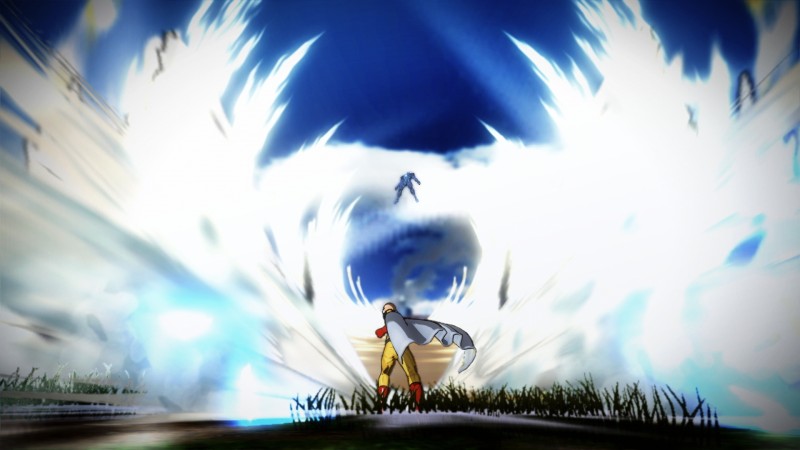 One Punch Man is a popular license, but no one has ever seemed to crack the code on making a good video game for it, so nothing has been released. It’s sort of hard to design a game around a character whose entire definition is that he ends fights quickly and is nigh-invulnerable otherwise. However, it looks like Spike Chunsoft and Bandai Namco are looking to buck that trend with the first console OPM game.

You can check out the trailer for One Punch Man: A Hero Nobody Knows below.

It does seem like Saitama just no-sells everything in the game, but I have to assume he can lose, otherwise it would not be a very fun fighting game. Otherwise, it looks like a 3V3 fighter featuring characters from the series. The official PR mentions that there won’t be an English dub for the title, much like last year’s My Hero Academia fighter, likely to minimize overall costs in publishing it.

One Punch Man is an interesting license, because it was originally created by an amateur manga creator who went by the moniker One as a superhero parody. Yusuke Murata, the artist behind series like Eyeshield 21, took an interest in the series and begged One to let him recreate it with his art and One’s writing. It started out as an exclusive to Shonen Jump’s online magazine, which allowed Murata to do really interesting and experimental work with it, and then eventually became a popular anime, though the less we talk about season 2 the better. Murata, as a fun piece of trivia, is also famous for having won two Mega Man “design a robot master” contests as a child, designing Mega Man 4’s Dust Man and Mega Man 5’s Crystal Man.

A date was not given for the game beyond “Coming Soon,” but it is coming out for PlayStation 4, Xbox One, and PC.