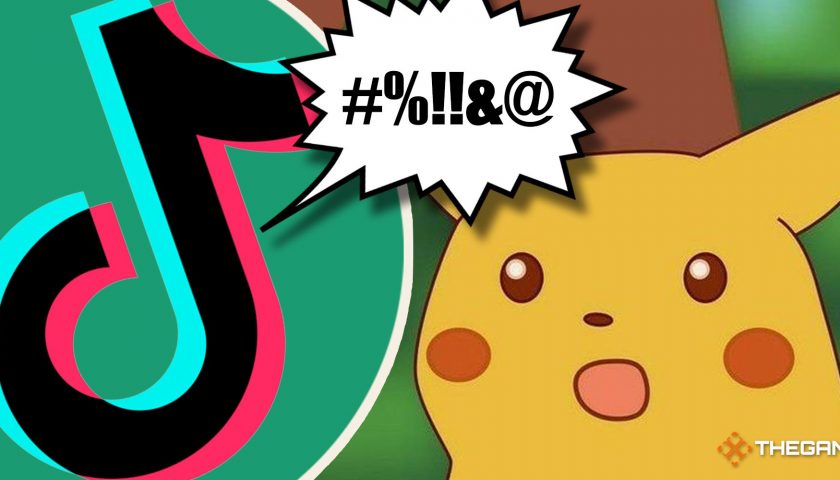 No matter what anyone tells you, Pokemon is very much something that can be enjoyed by people regardless of age. Children are naturally Pokemon's key demographic though, which is why a clip posted on TikTok, a platform primarily aimed at young people, absolutely teeming with swear words took quite a few people by surprise.

Posted to Pokemon's official TikTok account, and spotted by Nintendo Life before it was promptly taken down, the video shows a jubilant Pikachu dancing around a Lucario. All very innocent and expected stuff from Pokemon, but only if you're watching on mute. The soundtrack to the clip is the famous song If You're Happy And You Know It, except almost every other word is either fucking or motherfucking.

As already noted, someone realized the mistake very quickly and the video is naturally no longer on Pokemon's TikTok. Unfortunately for Pokemon, and the poor employee who made the mistake, nothing is ever truly deleted on the internet. In the very short period the video was live where it was originally posted, Pokemon fans ripped it and have been sharing it elsewhere ever since.

You can see the evidence for yourself above because honestly, it is one of those things that really has to be seen to be believed. As for how exactly something like this happened, we might never know for sure. The leading theory is that a Japanese Pokemon employee applied the music, not knowing what was being said due to not being able to speak English.

It's also possible the account was hacked, although doing nothing more than posting the video above doesn't seem like the work of a hacker, or the video was posted by a disgruntled employee. In other weird and wonderful Pokemon news this week, a handful of Scarlet & Violet players have discovered it's possible to deal more than one billion damage using a single move.