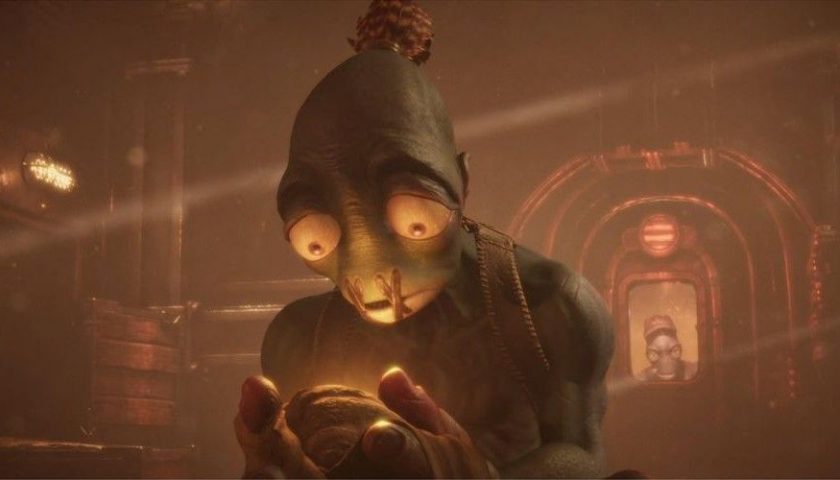 Oddworld: Soulstorm has been rated by the ESRB for Xbox Series X|S and Xbox One. The Oddword Inhabitants game has been given a Teen rating as it contains blood and gore, strong language, tobacco consumption, and violence. The rating was spotted by Gematsu on the ESRB website.

The platformer is a retelling of Abe’s Exoddus as it illustrates the liberation of the Mudokons from Rupture Farms. It features puzzle based platforming via which you must get Abe and his people to safety. Certain sections of the game place you as the last line of defense for hundreds of Mudokons as they make their way across the level with only Abe having the ability to save them from death or capture.

The rating summary stresses on this particular mechanic, as it describes enemy guards shooting unarmed characters as they flee with cries of pain and are blown up into “small chunks of flesh.” It also talks about cigars and the word “shit” appearing in the dialogue.

Coincidentally, today is also the day that Oddworld Soulstorm gets its physical release on PS4 and PS5. The Collector’s Oddition of the game came with an embossed metal case, a nine-inch figure of Abe, an extensive premium artbook by Pix’N Love, three art prints, a bunch of tribal stickers, and a temporary tattoo in the shape of one of the tattoos on the back of Abe’s hands. Those who pre-ordered either of the physical editions before today also gained access to the original soundtrack and digital artbook.

In our review for the game, we said, “Oddworld: Soulstorm is clearly a labour of love, and I can see that in everything it does. The ambition that bleeds into its story, characters, and gameplay are all evident, but the execution is just sorely lacking everywhere it matters. Perhaps my perspective on past games is warped by nostalgia, but this isn’t the road I imagined Abe and company going down. It’s in the right direction, but they’ve veered off course and landed themselves in a ditch.” It got a 3/5.

Oddworld Soulstorm is currently out for PS5, PS4, and PC exclusively on the Epic Game Store.