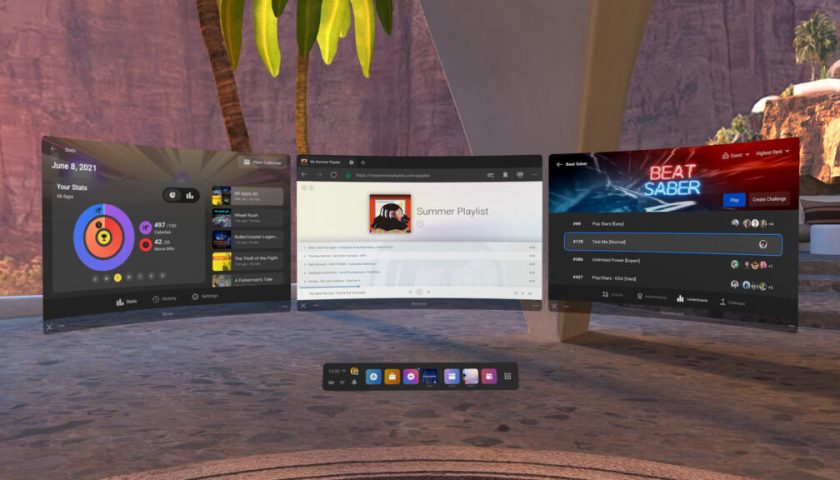 The next Oculus software update isn’t far away and today everything that’s going to be included in v30 has been revealed. Facebook’s Mark Zuckerberg might have announced the juiciest portions of the update earlier this week but there’s still plenty of other improvements to look out for.

The big reveal is of course Air Link for the original Oculus Quest. The wireless PC streaming feature launched a couple of months ago for Oculus Quest 2 so owners could get rid of their Oculus Link cable – if their WiFi is good enough. To make it work Oculus Quest owners need a secured 5GHz WiFi network using an AC or AX router, their PC connected via Ethernet to the router and Oculus’ PC software upgrade to v30 as well.

One interesting set of features are the accessibility options. A new Accessibility tab will appear in the setting menu which will have some tools from other areas but there will be two others. The first is colour correction described as: ” a system-level display setting that increases legibility of colors that are commonly difficult to differentiate.” Three variations will be available Deuteranomaly (green-red), Protanomaly (red-green), and Tritanomaly (blue-yellow).

The other allows users to select a standing viewpoint when seated. In the Experimental Features section, there will be ‘Raised View’ which “will raise your viewing height by 16 inches (0.4 meters) in supported apps until you confirm or redraw a Guardian boundary.”

Also newly revealed is microphone swapping. The option will players to switch between chats, so they can talk to the party they’re in and then the app they’re currently using. The toggle is found in the Universal menu with the feature working in all apps.

Lastly, there’s the multitasking feature Zuckerberg revealed. This will allow users to view multiple 2D apps side-by-side all in Oculus Home, up to a maximum of three. Activated in the Experimental Features section, simply drag a 2D app from the Universal Menu bar or Apps library into one of the available slots.

As for when you can get your hands on v30, it starts today with the normal gradual rollout. For further info on the latest Oculus updates keep reading VRFocus.