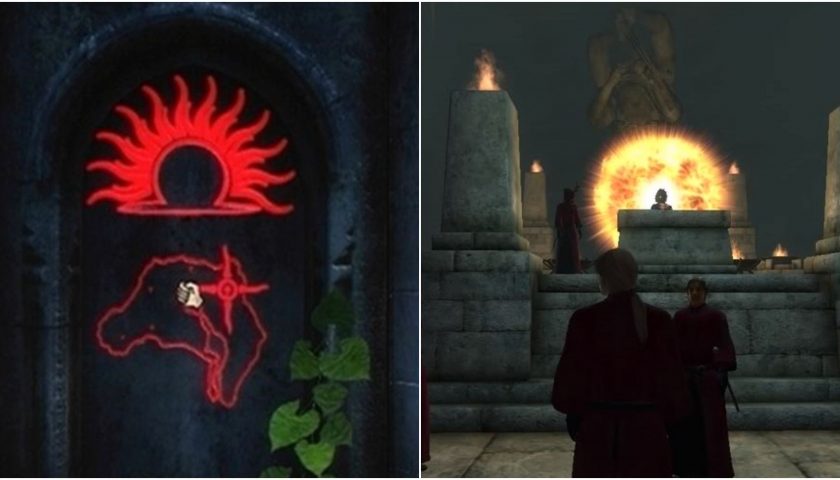 You just recently discovered that the people responsible for assassinating the emperor in Oblivion are a group known as the Mythic Dawn. They are a Daedric cult that serves Mehrunes Dagon and wants to help their lord merge Oblivion with Tamriel. Something you need to do is locate their hideout to get a better understanding of their plans and to retrieve the Amulet of Kings.

There is a puzzle you need to figure out in order to be able to find the Mythic Dawn hideout in Oblivion. Here is how you can do that if you are having trouble solving the said puzzle.

How To Find The Mythic Dawn Hideout

This goal pops up towards the end of the Path of Dawn quest, part of the main story. The solution lies in reading all four volumes of the Mythic Dawn Commentaries, which you need to find during the quest. While you have to deal with enemies getting the books, you don’t have to deal with any cultists when solving the puzzle.

After you get all four volumes, you can head to Tar-Meena at the Arcane University lobby to get some help with the puzzle and wait a day for its answer by asking about the Mythic Dawn — although this isn’t something you need to do.

The solution to the puzzle lies in the first letter of each paragraph in the Mythic Dawn Commentaries. As it turns out, putting the letters together will spell out a sentence: Green Emperor Way Where Tower Touches Midday Sun.

Now, this may seem like a play on words, but it actually reveals a location. That being of green Emperor Way, better known as the central district of the Imperial City where the White Gold Tower resides. 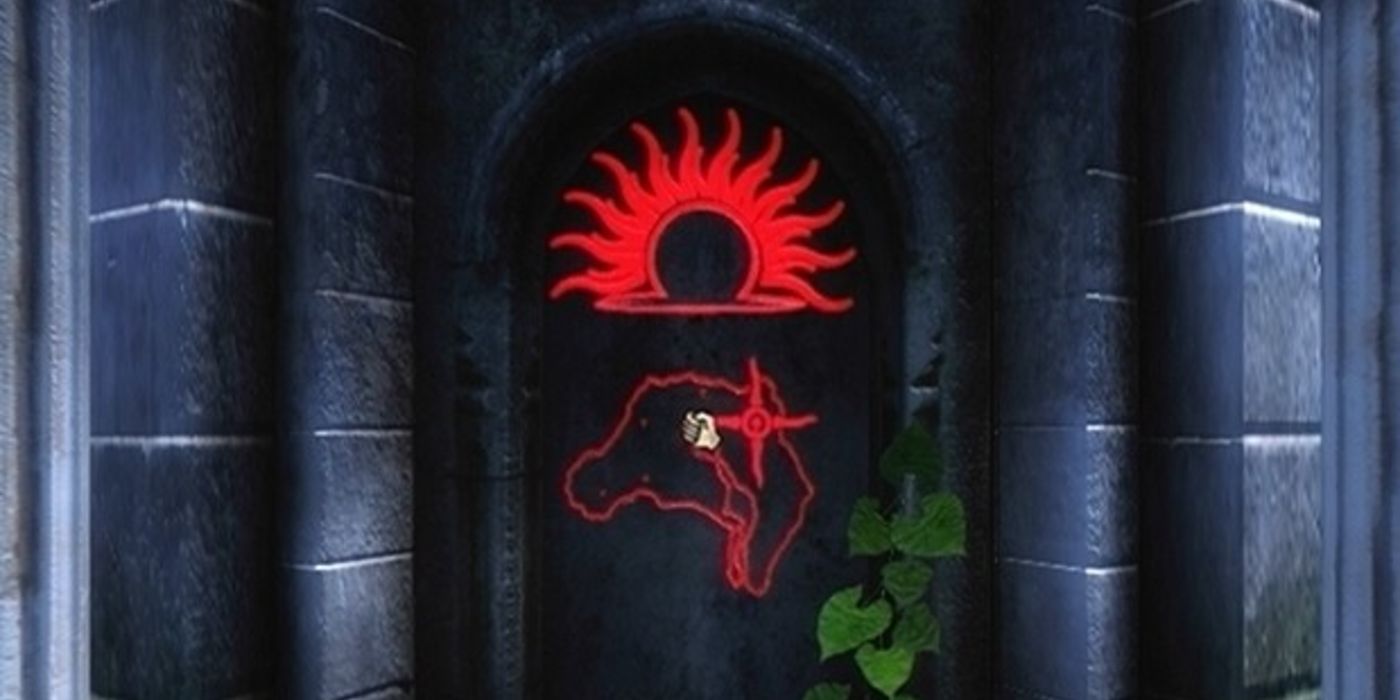 Head to the central district at midday, which is around noon, and follow the quest marker which points you right at the tip of the tower’s shadow. This spot will lead you to the Tomb of Prince Camarill where you will encounter a wall with some vague symbols on it.

When you go to this same exact spot anywhere between the times of 11:48 am and 12:30 pm, these symbols will now glow a bright red where you can now make out what it means.

It features the Mythic Dawn’s symbol and a map of Cyrodiil with a spot marked that shows the location of the cult’s lair. Activate the tomb to learn where to find it, which will now end the Path of Dawn quest and start the Dagon Shrine quest.

The Location Of The Mythic Dawn Hideout Revealed 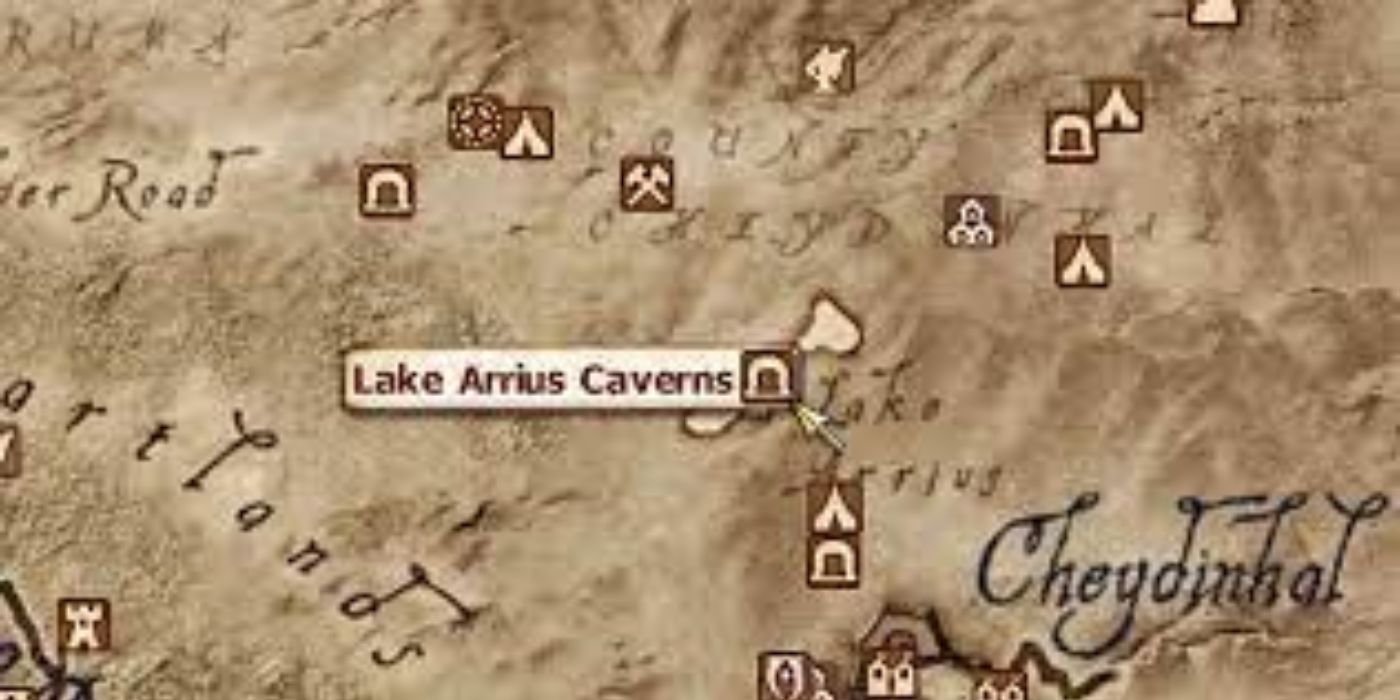 The Mythic Dawn’s hideout is now marked as being located inside the Lake Arrius Caverns at the lake of the same name, based in the north of Cheydinhal. If you haven’t stumbled upon the lake already, you will have to travel to it yourself.

Once you arrive there, you will be greeted by a doorkeeper inside wearing the cult’s red robes, showing without a doubt that this is in fact the Mythic Dawn’s Hideout in Oblivion.