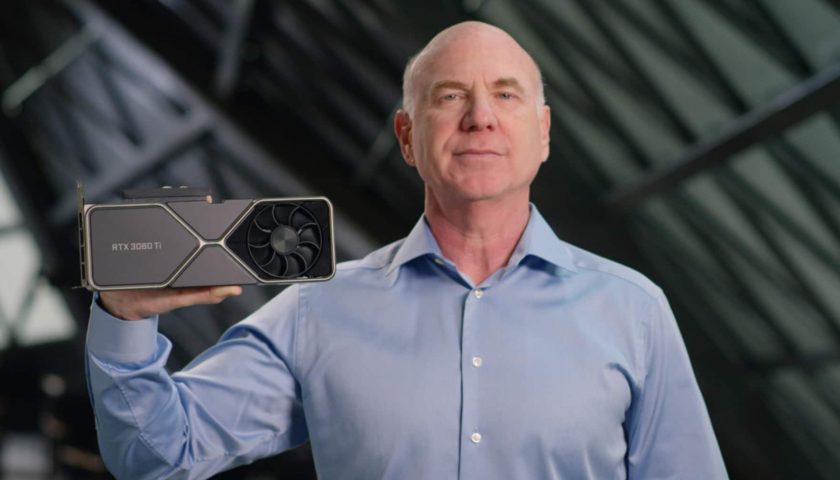 Both products were revealed during Nvidia’s press conference at the Computex event in Taiwan today. As with past Ti cards, each pushes the specs of the product they’re based on, but they don’t quite match that card’s successor. The 3070 Ti, for example, is more powerful than a 3070 but can’t quite match the 3080, and its price reflects that. Here’s a quick look at the stats on both.

The Nvidia RTF 3080 Ti is launching on June 3 for $1,199 and is considered to be the company’s new flagship gaming card. It bridges the gap between the 3080 and 3090 in a lot of ways, coming in at $300 less than the latter but $500 more than the former. At the show, Nvidia talked about improved performance whilst enabling features like ray tracing in 4K but, obviously, these cards will have big benefits for PC VR gamers too.  The RTX 3070 Ti, meanwhile, launches on June 10th for $599, which is $100 cheaper than a 3080.

Nvidia may be launching these new cards in a matter of days, but there’s doubt over how easy they’ll be to come by. The original 30 series cards have been plagued with supply issues since their launch last year thanks to the ongoing semiconductor shortage. Nvidia itself expects this issue to persist for much of the year. Will you be trying to get a 3080 Ti or 3070 Ti? Let us know in the comments below!