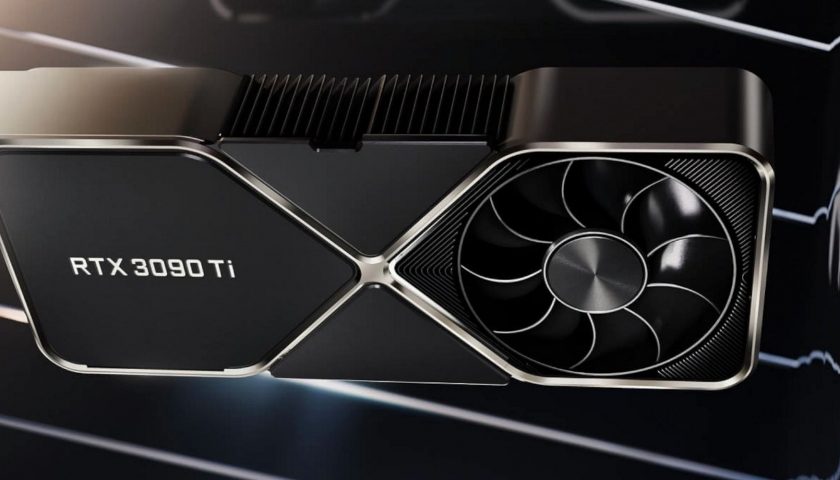 Nvidia has launched the last entry of the RTX 30-series. The RTX 3090 Ti was first unveiled at GDC earlier this month, and now it’s on its way to retailers for the low MSRP of $1999.99. That’s slightly less than many of us expected, given the ongoing issues surrounding GPU supply.

So, what does the RTX 3090 Ti do better than the RTX 3090? Nvidia promises a nine percent increase in performance over the non-Ti card thanks to more CUDA cores, more Tensor cores, a higher base clock speed, and a faster memory speed. You can view all the hard stats comparing the two cards in the handy chart below.

That nine percent boost in performance comes at a high price. For starters, the RTX 3090 Ti requires a minimum 850-watt power supply, which is 100 watts more than what Nvidia recommends for the 3090. It also needs a 16-pin PCIe Gen5 power cable, something that doesn’t come standard in most power supplies. Nvidia at least provides users with a dongle that combines three 8-pin connectors, but if you want a clean look for your rig, you’ll likely need to order new power cords separately.

The 3090 Ti is also still the same size as the 3090, which means you'll need a fairly large case just to mount this beastly GPU.

Nvidia is partnering with quite a few manufacturers to bring the RTX 3090 Ti to retail, including Asus, Colorful, EVGA, Gainward, Galax, Gigabyte, INNO3D, MSI, Palit, PNY, and Zotac. You might even see a few of these cards available at your local retailer now, but more likely they're still waiting on shipments to arrive.

While the great GPU shortage continues, it's gotten a lot better. A new report says that average video card prices are now down to just 25% above MSRP in Germany down from over 200% in May 2021. Supply issues have largely been to blame, but now that availability is improving, prices are finally starting to come down.