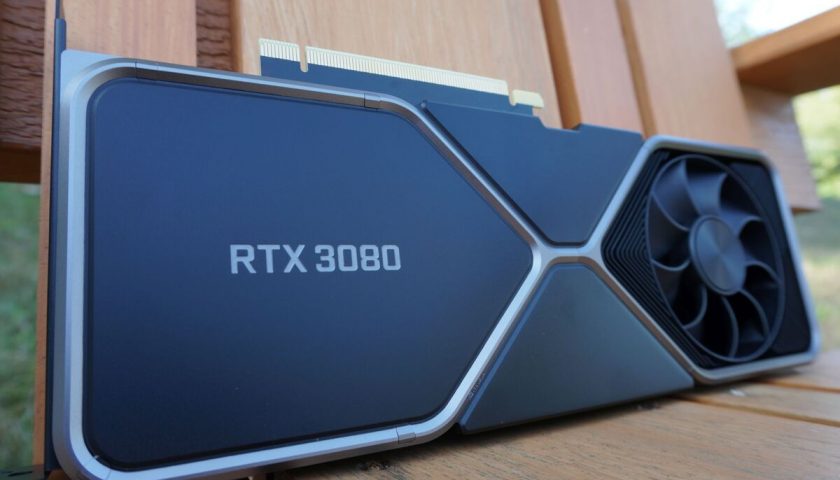 The current graphics card landscape may be a barren wasteland, but there is a glimmer of hope on the horizon. On Tuesday, Nvidia announced that the mining hash rate limiter introduced alongside the GeForce RTX 3060 will now be rolling out to newly manufactured RTX 3060 Ti, RTX 3070, and RTX 3080 as well, via a new “Lite Hash Rate” series starting in mid-May. (The work hard, play hard GeForce RTX 3090 will not be receiving a nerf, however.) Gaming performance shouldn’t be affected.

“We believe this additional step will get more GeForce cards at better prices into the hands of gamers everywhere,” Nvidia’s announcement states. We wouldn’t be surprised if most if not all new GeForce GPUs produced by Nvidia include these protections going forward. “Software drivers are designed to detect specific attributes of the Ethereum cryptocurrency mining algorithm, and limit the hash rate, or cryptocurrency mining efficiency, by around 50 percent,” Nvidia’s Matt Wuebbling said when the technology was first introduced in the RTX 3060.

That sound you hear is a million crypto coin miners gnashing their teeth.

People using GPUs to mine cryptocurrencies like Ethereum and Dogecoin are a big part (but far from the only part) of why graphics cards cost so much right now. The prices of both of those coins are booming right now.

By slicing the rate at which RTX 30-series GPUs mine crypto, Nvidia will take a lot of the luster off these new cards for those looking to make money rather than play games—that is, assuming Nvidia doesn’t shoot itself in the foot by cracking its own anti-mining protection again.

Of course, you should know if a given graphics card comes with the anti-mining measures in place before you buy it.

“Because these GPUs originally launched with a full hash rate, we want to ensure that customers know exactly what they’re getting when they buy GeForce products,” Nvidia’s statement continues. “To help with this, our GeForce partners are labeling the GeForce RTX 3080, RTX 3070 and RTX 3060 Ti cards with a ‘Lite Hash Rate,’ or ‘LHR,’ identifier. The identifier will be in retail product listings and on the box. This reduced hash rate only applies to newly manufactured cards with the LHR identifier and not to cards already purchased.”

Like we said when the RTX 3060 mining limiter originally launched: Don’t expect miracles. A massive amount of pent-up demand for graphics card remains, this halved hash rate only applies to Ethereum, and yes, Nvidia did just ruin its first stab at the RTX 3060’s anti-mining tech. This is encouraging news though! Pretty soon, gamers might be able to pick up some of the best graphics cards for the first time in a long time, while dedicated miners will have to turn their attention towards Radeon GPUs, older GPUs without a hashrate limiter, or Nvidia’s new CMP HX GPUs created for mining alone.

And hey! If you were lucky enough to snag one of the original GeForce RTX 30-series GPUs without the limiter in place, before long you might just be able to sell it to a miner for enough that you could afford an upgrade to a more powerful LHR model. We’ll see how this goes.