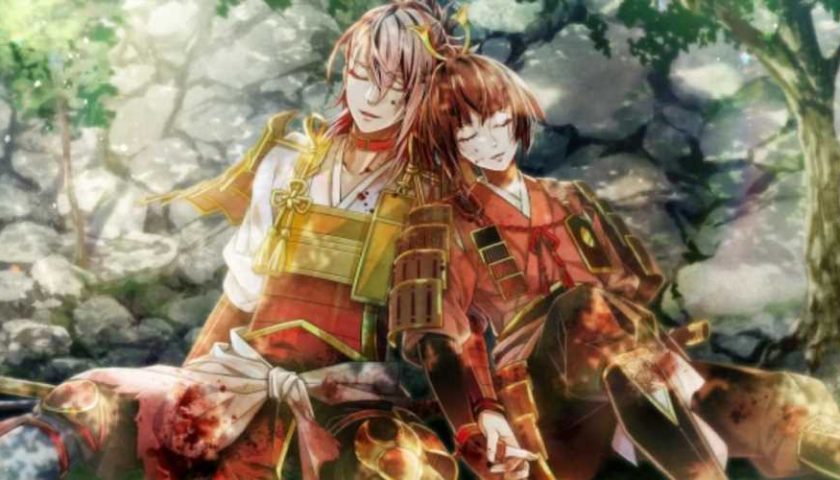 So, you've taken a shine to the fellow with the fiery personality, have you? Is it Noritsune's boldness that has won Shanao over? Perhaps it's his unyielding spirit. Whereas others may find the youngest Taira brother's iron will to be little more than immature antics — the ravings of an angry youth with a chip on his shoulder — Birushana: Rising Flower of Genpei offers players the chance to learn that there's more to this hotheaded warrior than meets the eye.

You could dive into the Noritsune route with no foreknowledge of how things will play out per your choices. It can be thrilling. It can also prove vexing. Birushana is a great game, but it's got a lot of meat to its bones, and by meat and bones we mean words and chapters. It may be preferable for you to consult a reasonably straightforward list of optimal dialogue decisions instead. And since you're here, we're guessing you agree.

As stat growth is an integral part of Birushana's gameplay, we'll be sure to let you know whenever a choice boosts Shanao's Strength, Knowledge, or Kindness meters. For Noritrsune, we focus almost entirely on Strength. 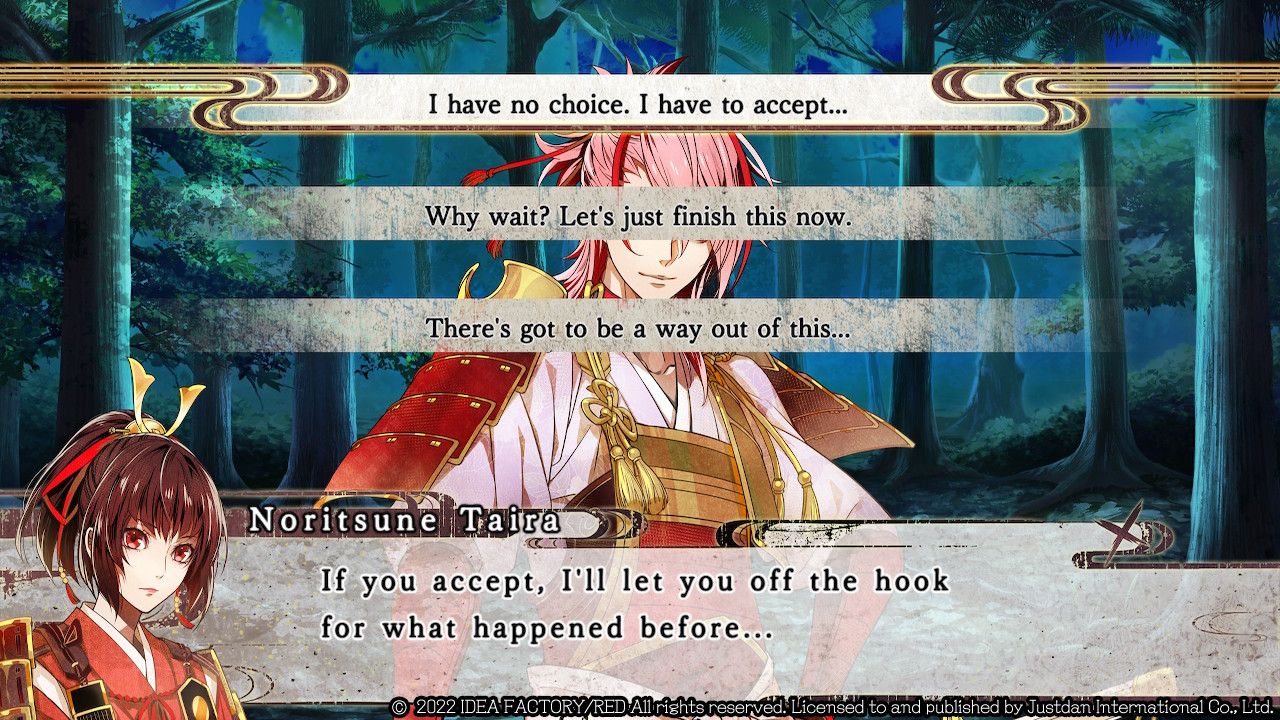 Noritsune is almost the very first love interest you'll meet, and it's a close match between him and Shungen. In Birushana's opening scenes, Shanao and Shungen are training when a trio of thugs claiming to be samurai swing by and attempt unsuccessfully to coerce Shanao into coming down the mountain with them. As soon as they're out of the picture, Noritsune's presence is made known. Loudly.

It will be awhile before the Shared Route, which is the term used for every chapter and section prior to locking in a romance, is replaced with the Noritsune Route. You will know when this happens because the flowchart makes it quite clear. Be patient early on, and understand that you can hit a Bad Ending even during the Shared Route.

"Shared Route" is also used to describe story sequences that play out more or less identically regardless of the romantic path you have chosen. We'll include any of these instances in which a dialogue option presents itself. 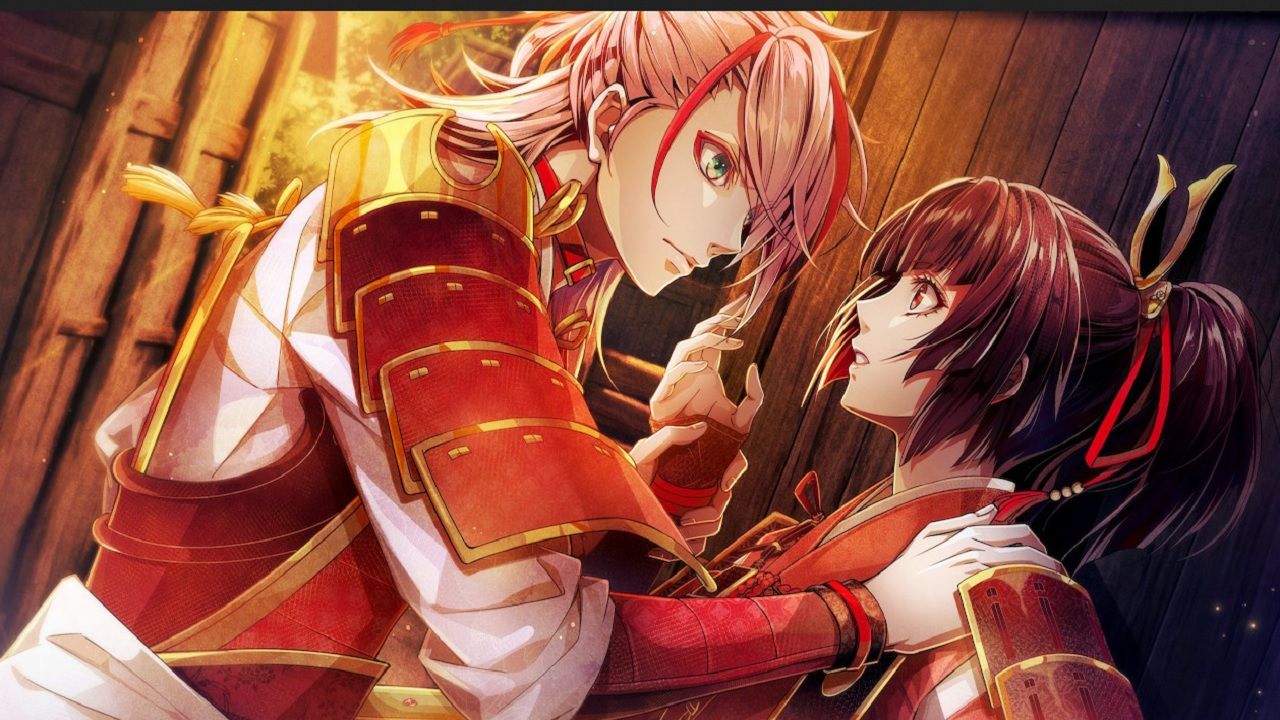 This is one hot romance. Noritsune's desire to duel Shanao is often left by the wayside in other routes, underselling the core of his being. In truth, there's a lot going on in this guy's head, and if Shanao's warrior spirit should rival his own, the Heike won't know what hit them. 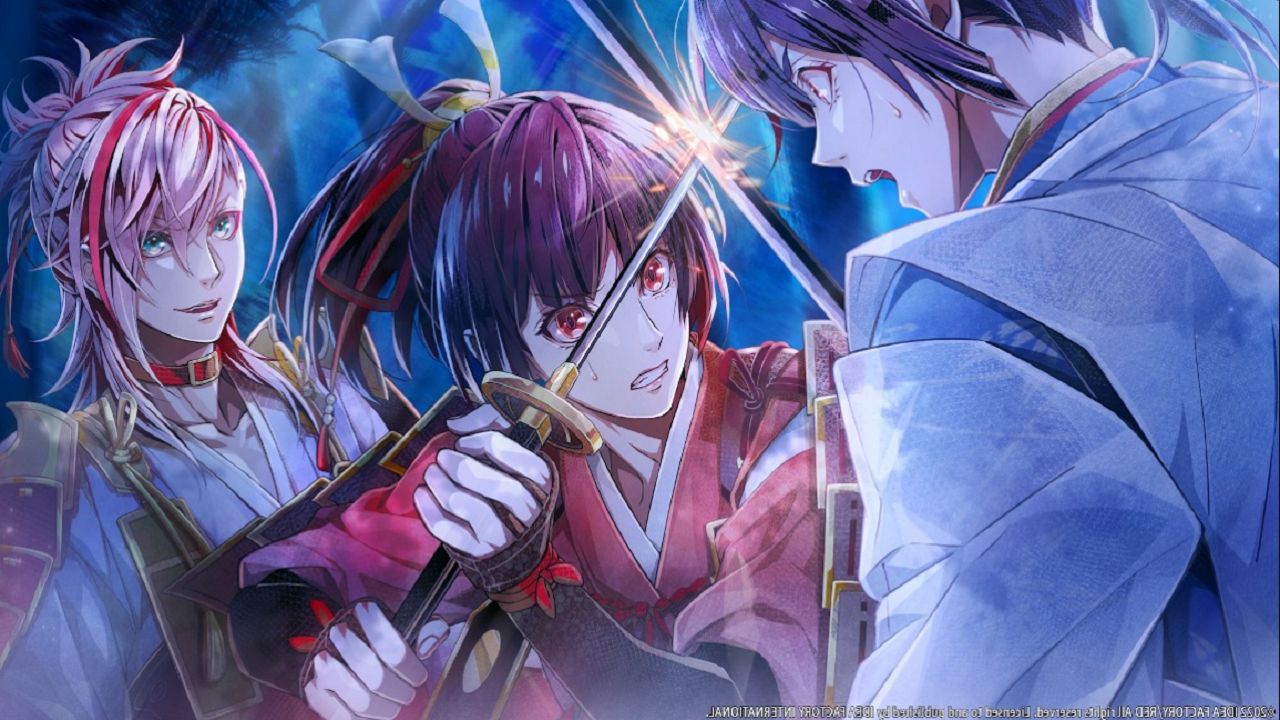 Things take a turn for the seriously bittersweet in Noritsune's Tragic Ending, but remember that this is separate from Bad Endings, which are just plain bitter.

There are a couple of reliable ways to unlock Noritsune's Tragic Ending. The first involves manipulating Shanao's stat parameters so that they're much lower than they were to enable the Happy Ending. Then, head back into Noritsune's Route, pick Chapter 12, As far as we can tell, that's… basically it.

The more conventionally narrative approach is to retrace your steps and make the following dialogue decisions: