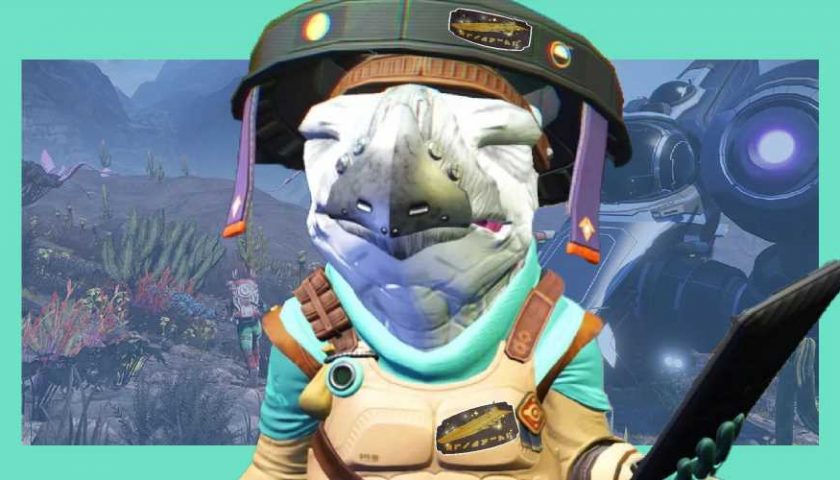 Community Expeditions have been a welcome addition to No Man’s Sky, adding a sense of adventure and urgency to the usual gameplay loop of gradual improvement. They challenge you to think logically, and plan your actions according to the relatively linear path it wishes you to follow.

Each of the Expeditions has a quirk that restricts you in some way. The original Expedition, The Pioneers, was a wide-ranging introduction to No Man’s Sky as it was then, Exobiology was focus on the alien life you’d encounter, while the last expedition, Leviathan, was a test of your survival skills with a Groundhog Day-style time loop.

Here’s what you need to know about the latest Expedition, Polestar, with tips and tricks on how to complete it quickly. 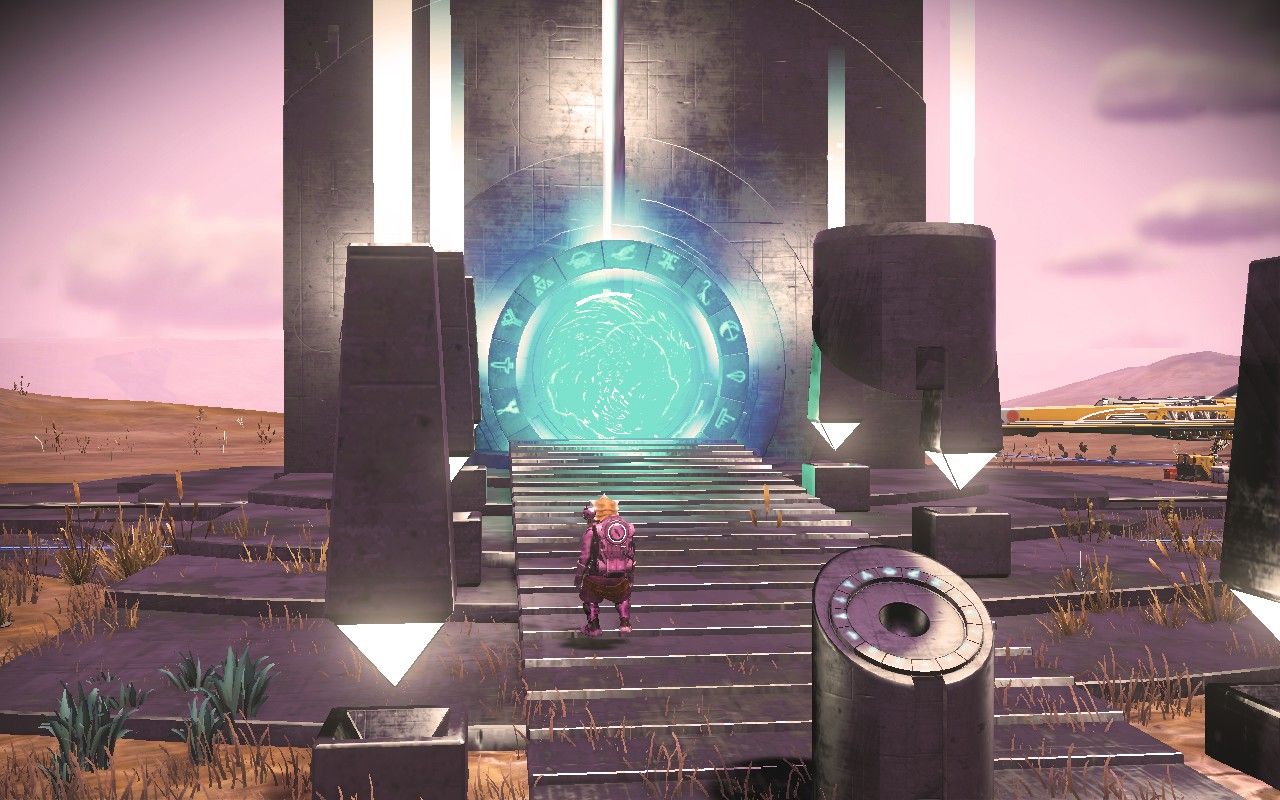 The Polestar expedition does things a little differently than previously. You’ll still face five phases comprising 37 tasks, warping between systems with the aim of visiting a rendezvous point per phase.

However, this time you’re given a Freighter for free from the start, and it acts as your base of operations. You can’t use your Starship to warp in this Expedition — instead you’ll need to steadily upgrade your Freighter and use it to travel between systems.

Along the way you’ll earn some notable rewards that can be used across your save file, both during the Expedition and when it’s been converted to a regular save file once the Expedition is over. 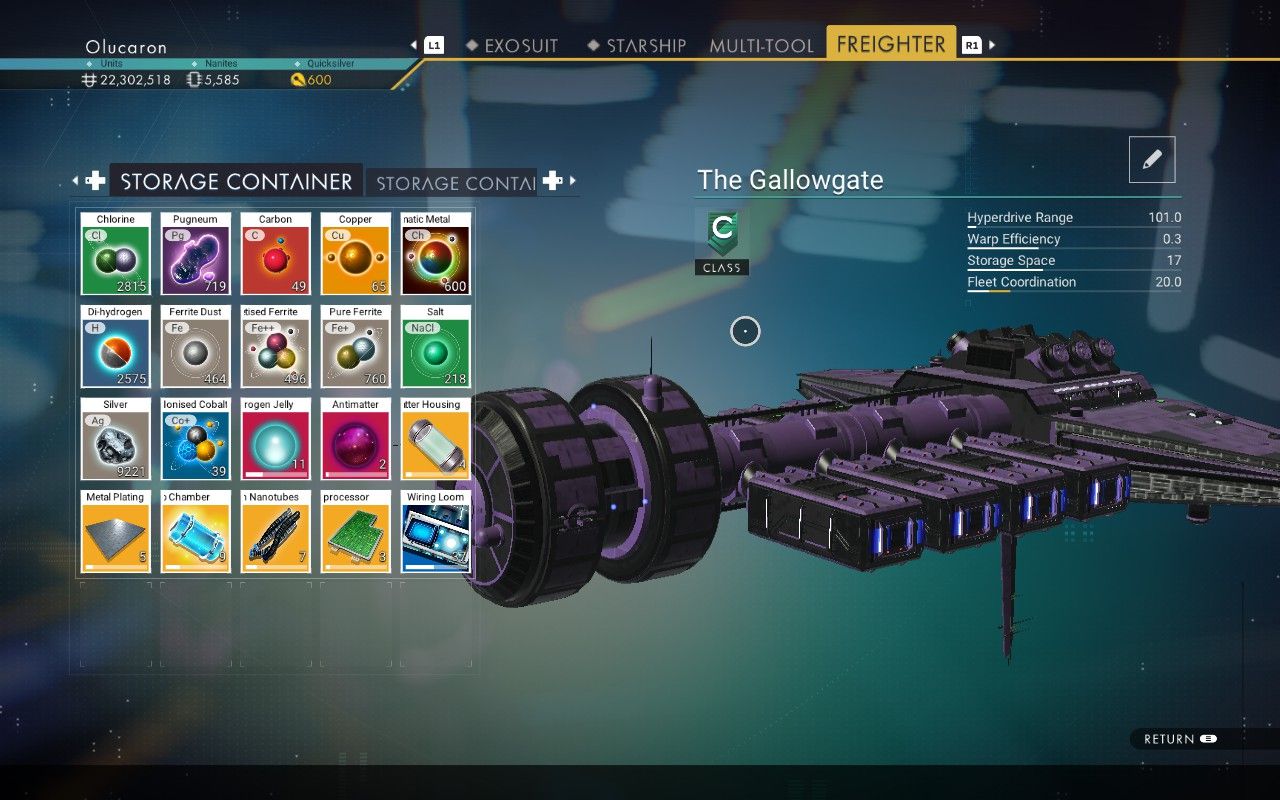 A lot of the Polestar Expedition involves augmenting your Freighter by building rooms that serve different functions, such as adding a Teleporter, Galactic Trade Terminal, or Refiners. You’ll also need to build technology that helps you on your way.

While you’re free to build your Freighter, Starship, Exosuit and Multi-Tool however you like — No Man’s Sky is a sandbox experience, after all — this is what you’ll need to build or repair as part of achieving the various milestones.

This guide assumes you want to complete the Expedition quickly, given the timeframe left, and then have the freedom to do as you please afterwards.

There are also six pieces of optional technology we’d highly recommend you build on your various systems, as they will help make your journey much easier.

The Haz-Mat Gauntlet, Terrain Manipulator, and Advanced Mining Laser are all needed in gathering resources, whether veins of Copper, Condensed Carbon crystals, or exotic plants such as Frostwort.

The Personal Refiner means you can transmute resources on the fly, saving time returning to your Freighter, and the Waveform Recycler means you can scan flora, fauna, and minerals more quickly. Finally, the Teleport Receiver for your Starship allows you to send resources to your ship’s inventory from much further away.

These are the resources you’ll need in order to build everything across the five phases. We’ve included refining conditions where possible, should you wish to farm resources traditionally and not purchase them.

Resources That Can Be Mined, Refined, Or Bought 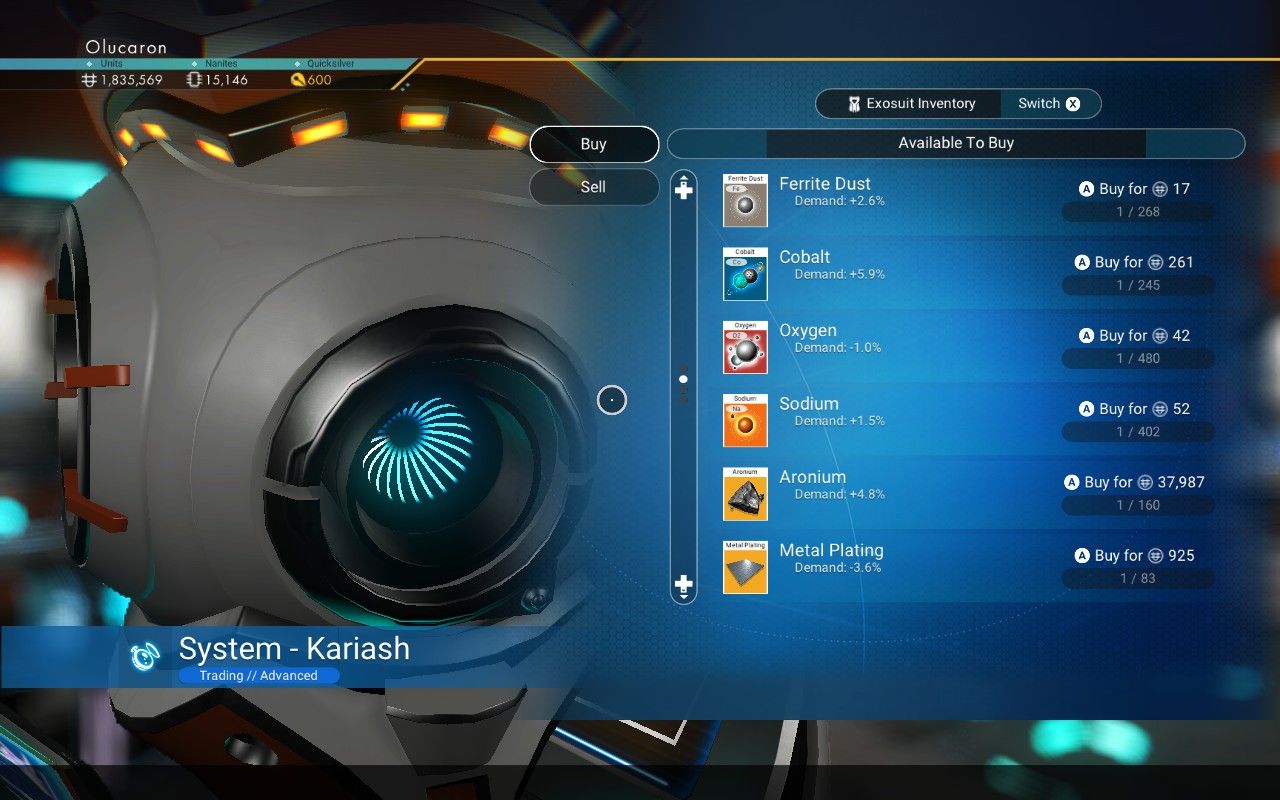 We recommend you just buy these resources, rather than farm them. You can usually purchase them from Galactic Trade Terminals aboard Space Stations, or from the many NPC ships that come in to dock. You’ll earn enough money from early milestones to be able to do this, and it speeds things up considerably.

Crystal Sulphide cannot be bought. When gathering from underwater vents, be mindful when the vent is about to discharge, as it will deal damage if you’re too close.

All totals in the right column do not include costs for crafting in the following table, only for installing the rooms and technology listed above.

Where there are two elements to refine, as in Salt or Faecium, you'll need to use a Medium or Large Refiner.

Resources That Are Easier To Buy

While you can craft almost all of the following items, you won’t have access to the recipes right away. You’ll get a couple as milestone rewards, but the rest will need to be unlocked on the Anomaly, and will cost Salvaged Data. You find these on planets, buried underground, and you’ll need a Terrain Manipulator to uncover them.

If you have the materials at hand, no problem — but it's generally best to buy them from ships that land in a Space Station.

Resources That You Must Craft

You cannot buy these items, and finding them in loot boxes and the like is at the mercy of RNG. Luckily, you have access to the recipes right from the start.

As well as the resources outlined above, you’re going to need a lot of Nanites if you’re to complete the Expedition. These are usually spent on System Upgrade modules, but this time you’re also going to need them to unlock Squadron slots.

The first Squadron slot costs 800 Nanites, then you'll have to pay 3,500 Nanites, and finally a further 7,500 Nanites. That’s 11,800 Nanites in total, which could take a long, long time to farm — so needlessly spending them is not advised. If you sell all the Upgrade modules you earn, you should be close to that mark. 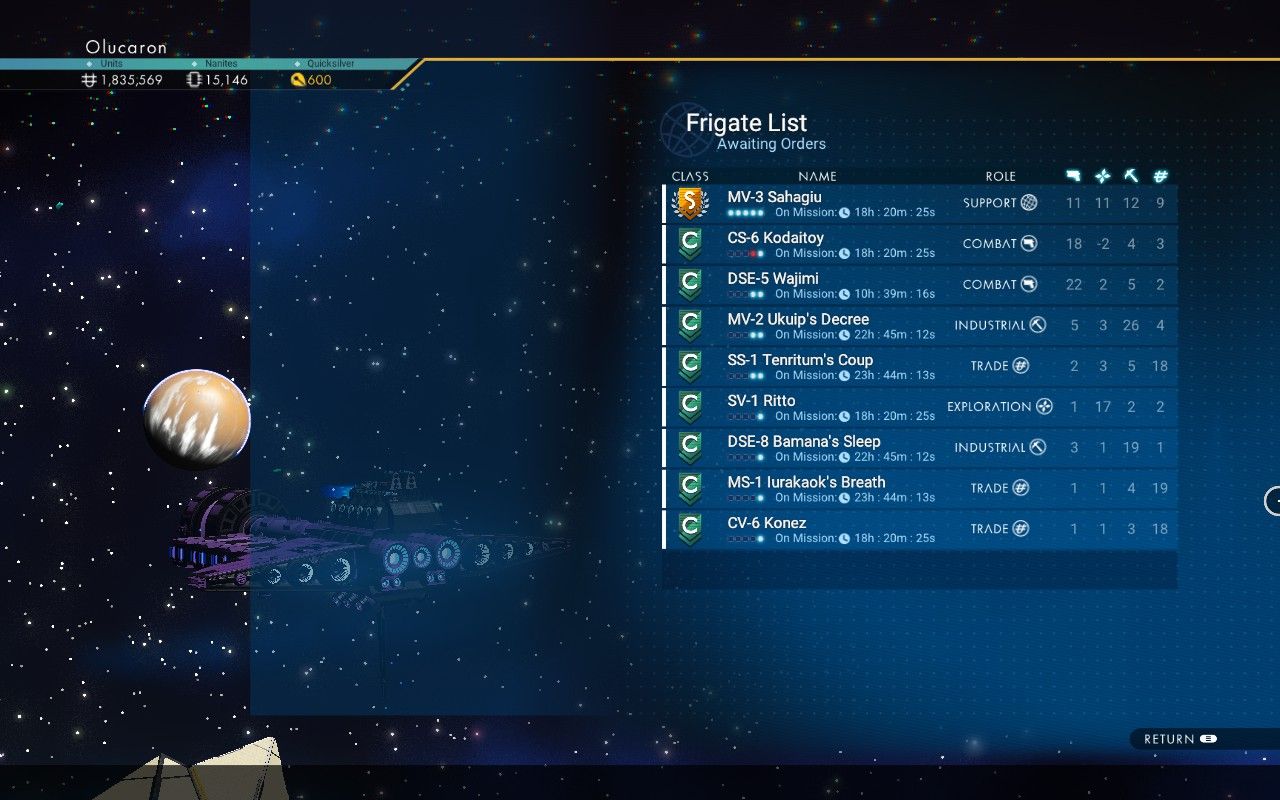 Recruiting Frigates is relatively easy — it just costs millions upon millions of Units. There should be clusters of Freighters in every system you warp to, and you’ll see a green icon on any Frigate that you can hire.

If you’re not bothered about quality, you can recruit the cheapest you find. You need to complete eight Frigate Expeditions for the milestone, and there are a maximum of five available per day. Remember, in order to recruit more Frigates, you’ll need additional Fleet Command Rooms in your Freighter. 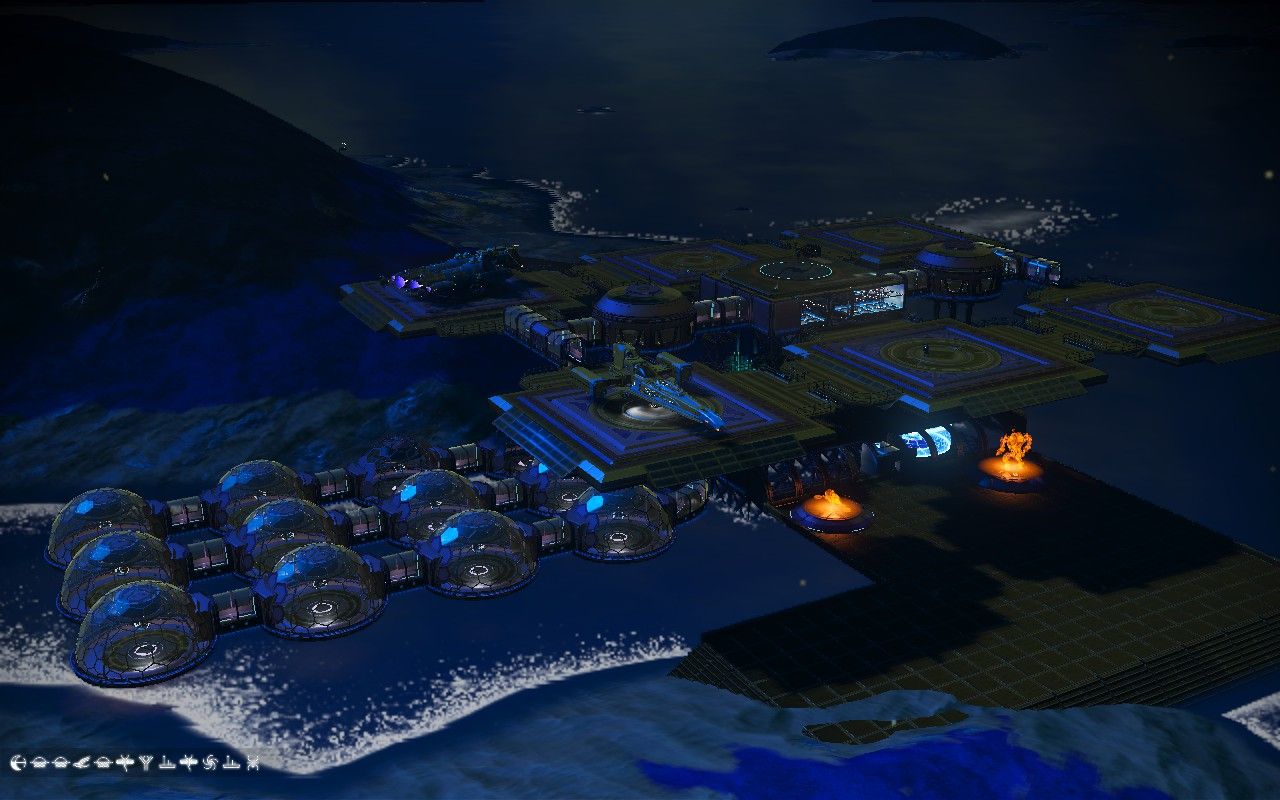 The Polestar Expedition is pretty linear, in that it has a much easier optimal path to follow to complete milestones quickly. While some Milestones naturally follow on from others due to the rewards being plans and recipes, others can be done at any time — and should be done at the earliest opportunity. Here are some general tips and tricks to follow. 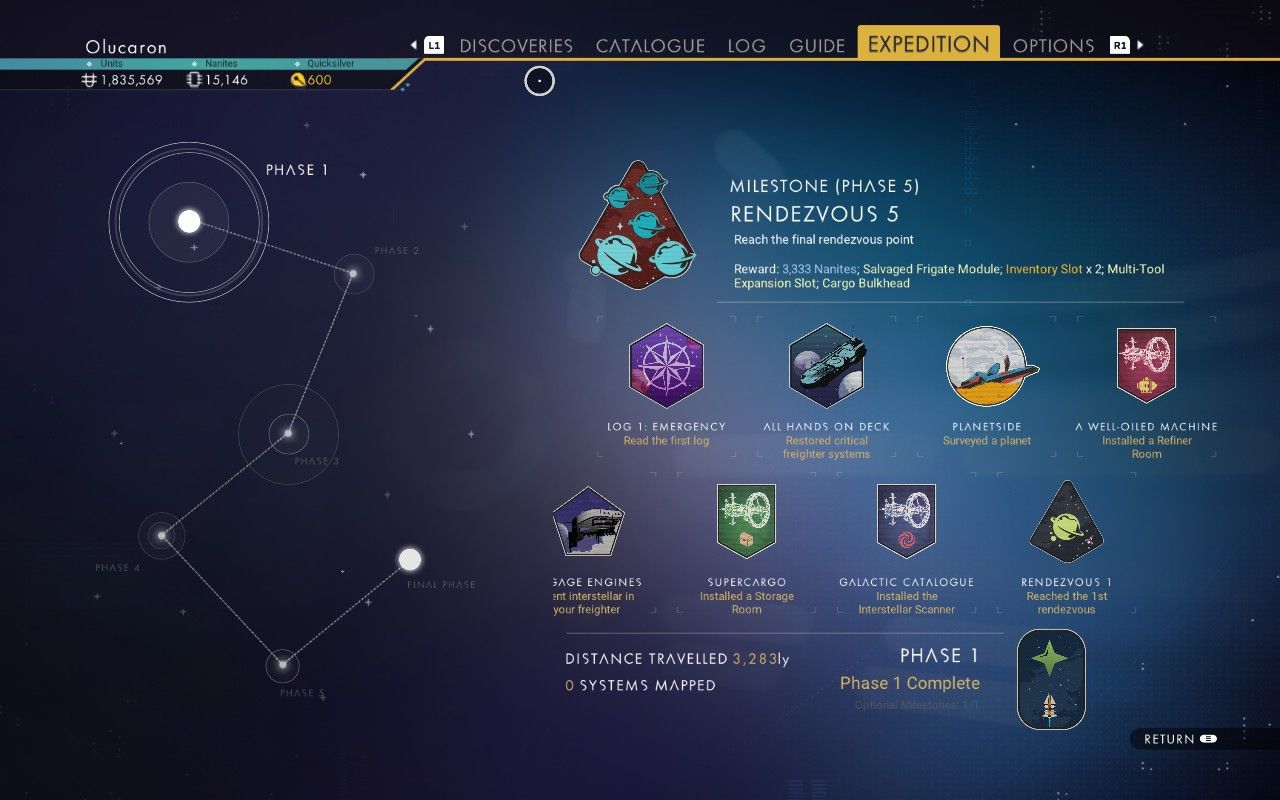 Finally, let’s look at some Phase-specific tips and tricks, including the optimal milestone path to completion.

If you don't want to 'cheat', you can get an honest five million units by completing the optional Phase Two Hospitality milestone as soon as you start. This requires multiplayer to be switched on.

Unsummon your Freighter from the quick menu. Go to the main menu, select the Options tab, then Network. In the bottom right you’ll see View Nearby Player List. You can invite players to join your group, and if they accept, they might just warp their freighter into the system.

All you have to do then is fly into the player’s Freighter, and the milestone should complete.

Speak to the Captain and read the Log. Spend the two Salvaged Frigate Modules on the Galactic Trade Room and Teleport Chamber plans. You might not be able to build these yet.

Head into the Freighter inventory and repair what you can of the three broken systems. That should give you the second milestone.

Leave the Freighter and head down to the first planet on your Starship. Aim for one of the Community Bases in order to get a headstart on resources like Copper and Silver.

Scan all the flora, fauna, and minerals you can on this planet, while filling your inventory, then head for the Space Station. If you have multiple stacks of resources, keep one of each, and sell the rest. This should net you millions of units.

Buy everything you need as per the tables above, from the Galactic Trade Terminal and the NPC ships that fly in, then return to your Freighter and install everything you can.

Collect the three Salvaged Frigate Modules and spend them on the Scanner Room, Stellar Extraction Room, and 50 Tonne Frigate Fuel plans, then build them. Make sure you have eight Fleet Command Rooms. By this point you should have installed all the rooms that have milestones.

Make progress on any milestones you can complete now. This includes recruiting frigates and squadron members, scanning things on planets, deploying a submarine, restoring and salvaging a crashed ship, and encountering pirates — although this last one is RNG dependent. Send your frigates on missions.

Now warp. It will take five jumps along the Expedition Path to reach Higare-Rigy, the system with the first rendezvous. This is a great opportunity to make sure you scan everything you need on the many planets along the route, and encounter pirates. Follow the marker, land on the planet, then follow the scanner to complete the first Phase.

NOTE: If you’ve installed the Freighter Hyperdrive Upgrade modules you get from various milestones, you should be able to manage five or six jumps on a full tank.

The same thing applies for Phase Three — milestones to accumulate pirate kills and frigate expeditions should be ongoing, if not complete. You’ll need to jump five times from Nawaguch to reach Kotanab-Awa, the next rendezvous point. Speak to the Captain to read the Log, then get in your ship and head down to the planet. This rendezvous point is underwater, a crashed freighter. Use the Nautilon if you need to.

From Kotanab-Awa, it’s a further five jumps to the Ojiyod II system. Again, read the Log, then make your way to the rendezvous point. 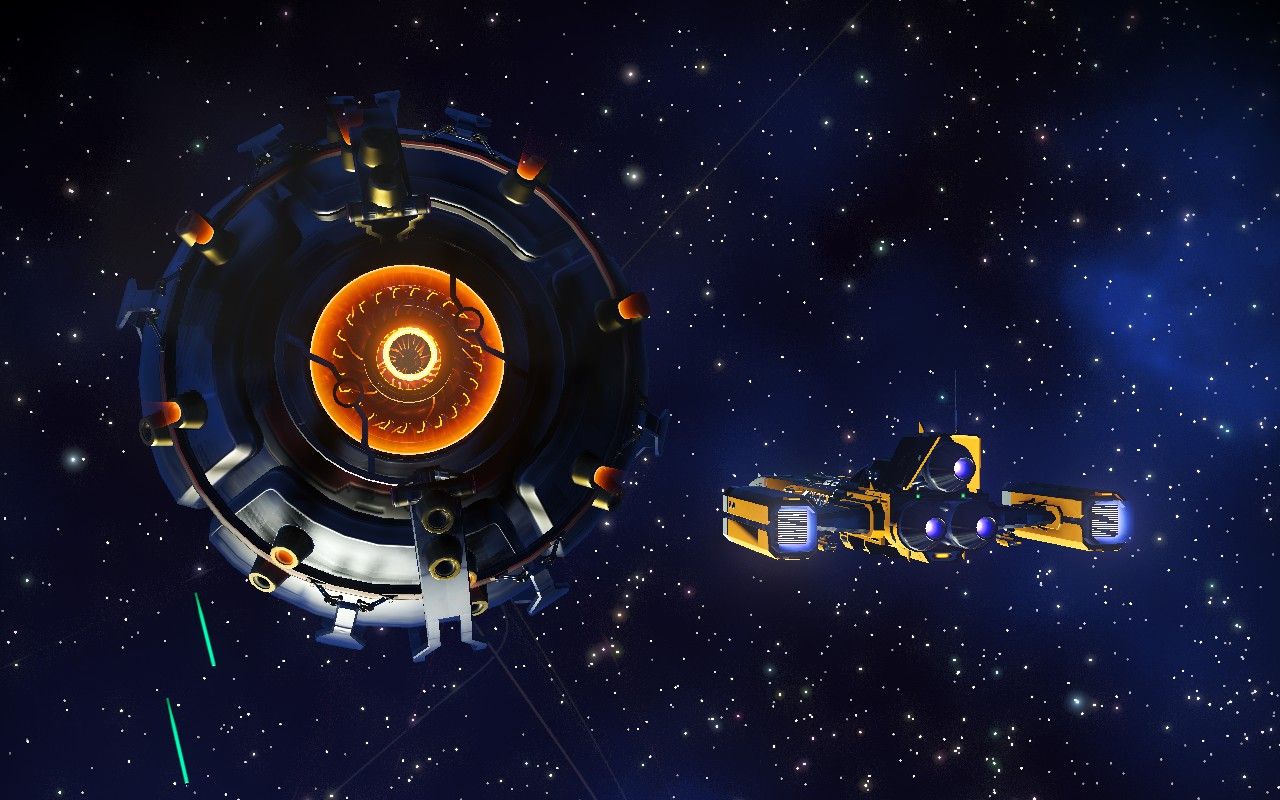 Finish up whatever Milestones you need to take care of, and return to your Freighter. It’s four short hops to the final system, Kariash. You’ll receive a Homeworld Repeater, so keep this close for now. Install the Freighter Hyperdrive Upgrade module if you like, as it will boost your range by roughly 200 light years.

Get in your ship and head down to Madush XIV, and find the rendezvous point. It’s another underwater Crashed Freighter. Before you get back into your Starship, use the Homeworld Repeater you were given.

Now, get in your ship, head into space, and hit your Pulse Drive. You’ll soon receive a notification of an anomaly, so drop out of the Pulse. Accept the message from the floating sphere, the Life Raft. You’ll receive plans for the Singularity Engine, so install it.

All that’s left to do now is speak to your freighter captain and activate the Singularity Engine. This sends you through a black hole, and into a new galaxy.

You can still finish up any milestones you haven't yet finished, but once you do, claim your final rewards. Congrats on completing the Expedition!