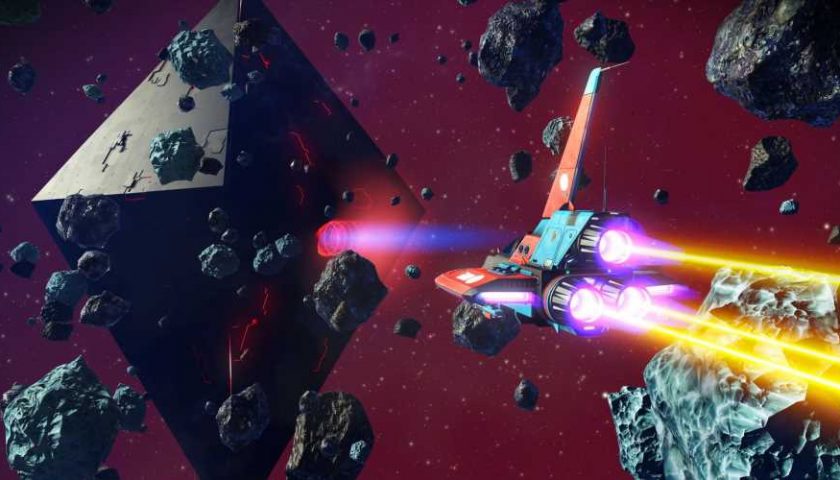 No Man's Sky's Waypoint update brought a quality of life refresh that included a revamped inventory system that simplified a player's sprawling backpack, spaceship, and frigate cargo while also adding filters to make finding items easier. However, not everyone was a fan of the new inventory system as it got rid of the previous "general" category that allowed players to double up on their three tech upgrades.

To address criticisms of the new system, No Man's Sky's latest update provides players with a free set of slots to expand their technology inventories, allowing players to mount more tech that would have gone in the old "general" slots. This doesn't allow Travelers to apply more than three tech upgrades per piece of technology, but the patch also improves the bonuses from procedurally-generated jetpack, hazard protection, pulse engine, and hyperdrive upgrades. Combined with the increased bonuses to ship shields, warm drive distance, maneuverability, and damage, players should find that their stats are roughly where they were prior to the 4.0 update.

In some categories, players might find their ships to have even better stats than before. Starship specializations have received a boost in the latest patch, so fighters will deal more damage and explorer-type ships will have greater hyperdrive range.

The latest patch also has a big list of bug fixes, including the glitch that prevented starship and multi-tool upgrades from working correctly at their respective space station kiosks. And best of all, it also allows Travelers to remove their ship's Photon Cannon–a feature fans have been requesting for awhile.

If Waypoint critics still aren't satisfied, there's more on the way. No Man's Sky's experimental branch has recently added new "supercharged" technology slots that "offer substantial boosts" to whichever tech is in that slot. The number of supercharged slots will depend on the class of ship, freighter, or multi-tool, with C-class getting one slot and S-class getting four slots.