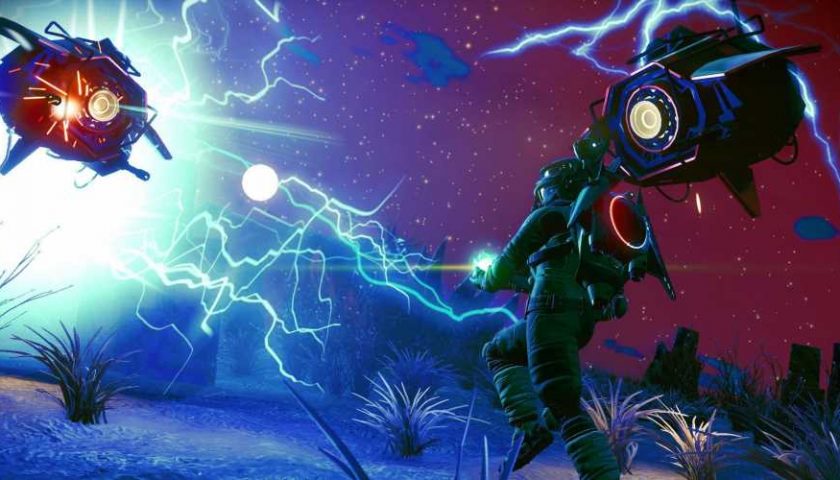 No Man’s Sky is the space exploration game that just refuses to die. After 2021 saw three major updates, including Companions, Prisms, and the launch of the Expeditions, Hello Games is once again promising a stellar year of No Man’s Sky content in 2022, starting with the Sentinel update.

No Man’s Sky Sentinel is all about combat. New enemies, new weapons, new tools, and a new story that delves into the origins of the Sentinels and ends with your very own Sentinel AI pet.

However, the Sentinels have been upgraded too. New elite drones include heavies, summoners, and repair units, as well as the fearsome Sentinel Hardframe Exomech. Much like your Minotaur Exomech, the Hardframe comes equipped with lasers, jump jets, and can fire terrain-destroying grenades. Sentinels also can deploy energy shields to protect themselves from return fire.

A visual overhaul will make all this combat far more exciting, and a "vast list of tweaks and refinements have been made to weapon feel and flow" to make your Multitool feel like a true weapon of war.

Best of all, there's a brand new quest available from the Anomaly that sends you out to investigate new Sentinel Pillars which contain exclusive rewards and mysterious stories. Expect to learn more about the origins of the Sentinels, Atlas, and the beginnings of the universe itself.

We can also expect more from 2022, including the launch of a brand-new expedition next week. It's called "Exobiology," which is the only clue we're getting to this expedition's theme.

No Man’s Sky Sentinel is available now on every platform No Man's Sky is played, which will soon include the Nintendo Switch.