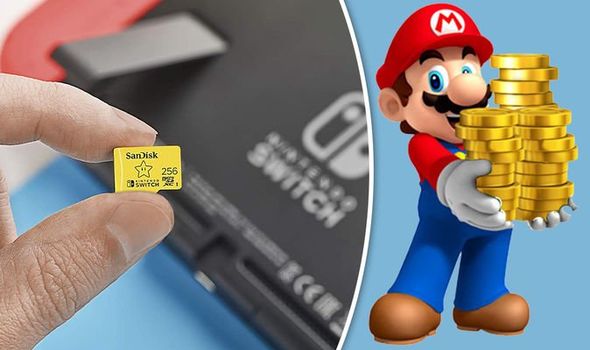 The Nintendo Switch has been a huge hit since launching back in 2017, selling tens of millions of units and even more games.

To celebrate the success of the Nintendo Switch and to take advantage of Black Friday, Nintendo has just launched a huge eShop sale, featuring big discounts on lots of high profile games.

That’s on top of blockbuster third-party releases like FIFA 20 and Dragon Quest Builders 2, as well as new releases such as Civilization 6 and Romancing SaGa 3.

Unfortunately, however, the Nintendo Switch has got a big problem with storage. Specifically, not having enough of it.

The Nintendo Switch only has a paltry 32GB of storage space, which is wholly inadequate if you download most of your games from the eShop.

If this problem sounds familiar, then you might want to look at the officially licensed 256GB SanDisk microSDXC for Nintendo Switch.

And at the time of writing, the 2019 version of the SanDisk card is available for just £42.99 from Amazon, which is a pretty incredible price for such an essential Switch extra.

It doesn’t take a genius to work out what makes the SanDisk microSDXC card such an appealing prospect.

The success of the Nintendo Switch has seen an increasing number of third-party developers and publishers bring their games to the platform.

The trouble is that most of these games weren’t built with the Switch in mind, and so their file sizes tend to be much bigger. 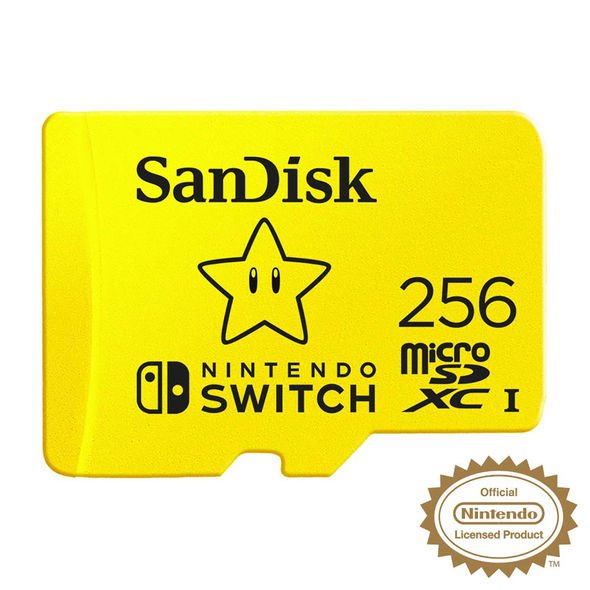 Bethesda has ported countless games over to the Nintendo Switch, including Wolfenstein: Youngblood at around 20GB, and DOOM at over 21GB.

Even the Nintendo first-party games are getting bigger. You’ll pretty much max out your internal storage just by downloading Super Smash Bros Ultimate and Breath of the Wild, and that’s before you’ve picked up releases like Mario Odyssey and Pokemon Sword/Shield.

Needless to say, the 256GB SanDisk microSDXC card gives you far greater flexibility to download more of your favourite games to the system, without having to archive older games.

The transfer speeds are also up to scratch, providing users with transfer rates of up to 100MB/s. This means you won’t have too many performance issues or loading problems.

If you’ve got a Nintendo Switch and keep running out of storage space, then the SanDisk 256GB microSDXC should be top of your list during the Black Friday sales.