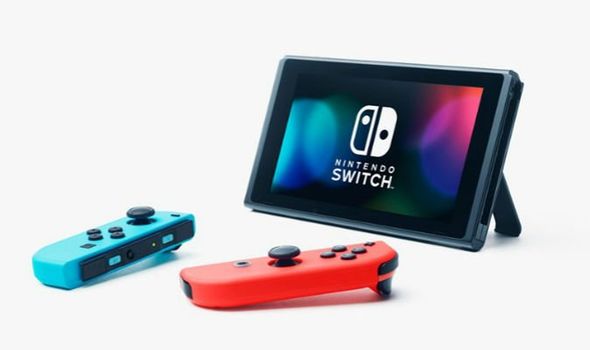 A Nintendo Switch console shortage could hit Europe and the United States as soon as April 2020. According to the latest reports from Bloomberg, Nintendo’s supply chain has been affected by the outbreak of the Coronavirus. Problems with a production bottleneck caused by the coronavirus have led to limited component supplies coming out of China.

If this continues, it will hit Nintendo’s assembly partner’s factory in Vietnam, according to the report.

This is where most of Nintendo’s consoles for the United States are built and a shortage of components this month would mean a console supply problem in April.

This is based on the idea that existing inventory and current shipments having sold through in the affected regions.

“We do not see any major impact on the shipment to the US currently, but we will remain vigilant and take steps if necessary,” a Nintendo spokesperson told Bloomberg.

“It’s possible the supply would be affected by the virus if it becomes more widespread and prolonged.”

This would be a problem for Nintendo as they look to build the Switch’s market standing in 2020, ahead of the release of the PS5 and Xbox Series X.

The company has targets to stick to when it comes to selling consoles and any changes to that would likely have a ripple effect on Nintendo’s stock price in the future.

But as Forbes points out, it won’t just be the Switch that could be affected by this shortage.

Nintendo is releasing its next major title in March, and they even have plans for a special edition console to go with it.

Animal Crossing: New Horizon has been long in the planning and is set to hit shelves March 20, 2020.

The good news is that today’s report does not include any warnings regarding the special Edition Animal Crossing console.

But a Switch shortage so close to the release of a major exclusive games release will not be seen as helpful.

The good news is that there shouldn’t be any issues with consoles during March, but continuing problems could affect Animal Crossing’s ability to drive sales in certain regions.

The official game description reads: “If the hustle and bustle of modern life’s got you down, Tom Nook has a new business venture up his sleeve that he knows you’ll adore: the Nook Inc.

“Had a grand time as one of the city folk. May’ve even turned over a new leaf and dedicated yourself to public service!

“But deep down, isn’t there a part of you that longs for…freedom? Then perhaps a long walk on the beach of a deserted island, where a rich wealth of untouched nature awaits, is just what the doctor ordered!

“Peaceful creativity and charm await as you roll up your sleeves and make your new life whatever you want it to be.

“Collect resources and craft everything from creature comforts to handy tools. Embrace your green thumb as you interact with flowers and trees in new ways. Set up a homestead where the rules of what goes indoors and out no longer apply.

“Make friends with new arrivals, enjoy the seasons, pole-vault across rivers as you explore, and more.”