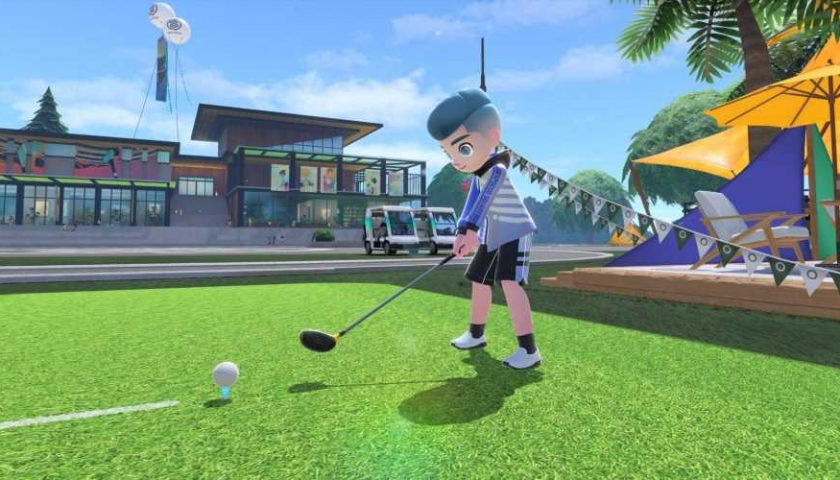 Nintendo Switch Sports launched this year and at the time, Nintendo promised more updates that would include additional sports were coming soon. Seven months later, the first new sport is almost here as Switch Sports' golf update will officially arrive next week.

Following a Japanese advert that made it out into the wild a little early claiming the update would be here in late November, Nintendo has confirmed Switch Sports' golf update will roll out on November 28 (thanks, VGC). The update will include 21 holes, all of which fans of the Wii Sports series will be familiar with.

That's right, the 21 holes being added to Switch Sports next week have all been pulled from previous games in the series. The nine holes from Wii Sports, which were, in turn, inspired by the NES's Golf, Wii Sports Resort, and then the Wii U reboot, Wii Sports Club. As well as playing a round alone or with friends, you'll also be able to compete in something Nintendo has dubbed Survival Golf.

Survival Golf will pit you against as many as seven other players online. All teeing off at the same time, the player with the highest number of strokes at the end of each hole will be eliminated. The update will be live and available to download next week on November 28. If you already own a copy of Switch Sports then golf will be added to the game at no additional cost.

Switch Sports went through a bit of a rough patch last month as Nintendo needed to take its servers offline to investigate a crashing issue. This also appears to be the week Nintendo has picked to announce all of its free updates. On Monday, it revealed the third wave of Mario Kart 8 Deluxe DLC will be available on December 7. Eight new tracks will be added to the game including Maple Treeway and Boo Lake.