Fake video games are nothing new to collectors, and a new Nintendo Switch knockoff called the “Nanica Smitch” is hitting the market that looks closer to the original than anything before it. The fake console has a design nearly identical to the real thing, with the neon-colored detachable controllers that can slide into a center screen, but besides this simple aesthetic, the hardware and software is nothing like the real thing.

Beyond a first glance, the differences and deficiencies of the Nanica Smitch become readily apparent, which should come as no surprise considering that the price is only about $50, based on the COL$ 159,000 price tag that buyers will pay in Columbia where the fake console can be found. 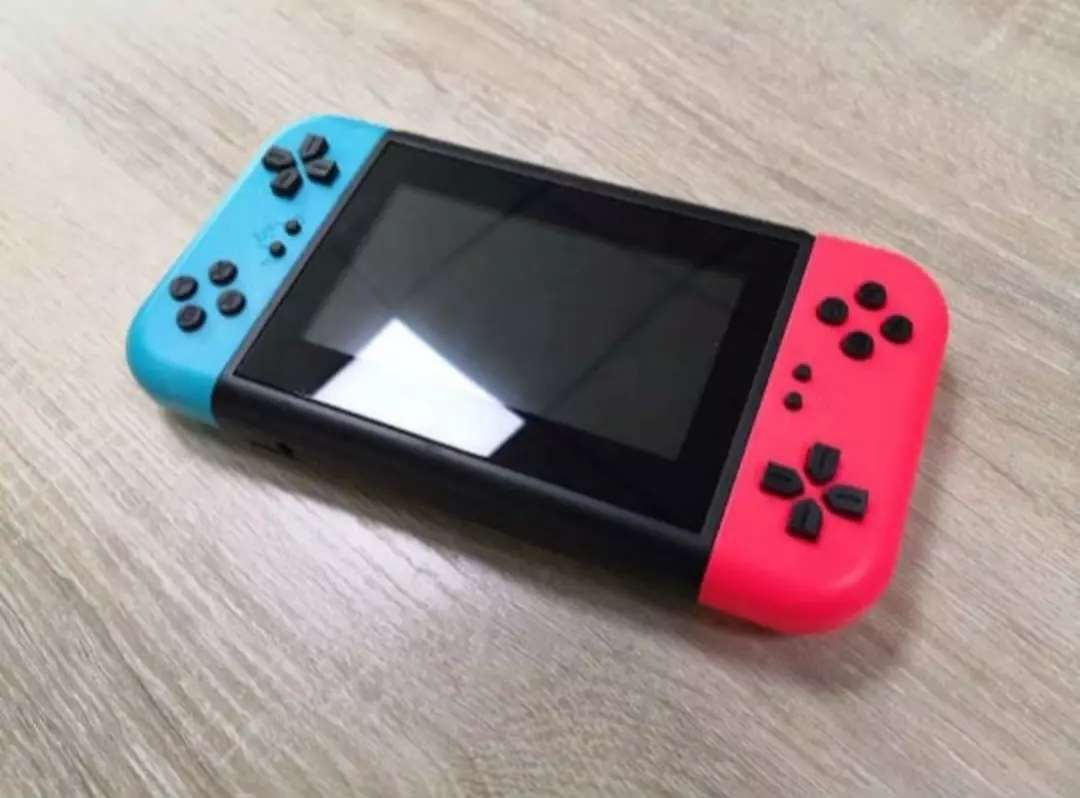 The packaging also all but copies everything that Nintendo uses, but the fine print tells a different story of what can be done with the console. The Nanica Smitch is like virtually every other NES, SNES, or portable console clone that can be found all over the Internet, jam-packed with hundreds of unlicensed ROMs from older systems. Like other unlicensed knockoffs, this means that the quality of the emulation is probably far off its original gameplay, and anyone who has played the originals will find these illegal ROMs all but unplayable.

A quick read of the included features reveals that the console is likely unable to play anything remotely modern, and at best can probably play Gameboy Advance ROMs, if that. The other obvious differences are a smaller screen size at only 5.5 inches compared to Nintendo’s 6.2, and so too do the controllers look smaller and made of tough, cheap plastic.

No one that buys a Nanica Smitch is likely to be convinced that they are buying the real deal, especially at a price point roughly 80% below market value, but it is easy to see why these knockoffs become popular, especially around the holidays. Young children are probably the target market here, where parents can spend a fraction of the price on something that looks quite good, at least to the inexperienced eye, and still provide hours of entertainment with the 800 or so ROMs claimed to be on the console, even if many are likely clones and repeats.

In fact, similar products can be found online from all over the world for even cheaper. Youtube content creator, The Retro Future, often makes outstanding videos where he purchases a wide range of these types of devices and compares them to others on the market, evaluating materials, feel, look, and most importantly, quality of emulation.

With the popularity of the Nintendo Switch and sales skyrocketing in 2019, we can certainly expect to see additional knockoff consoles in the future similar to the Nanica Smitch, though we should not expect the quality to improve by much.