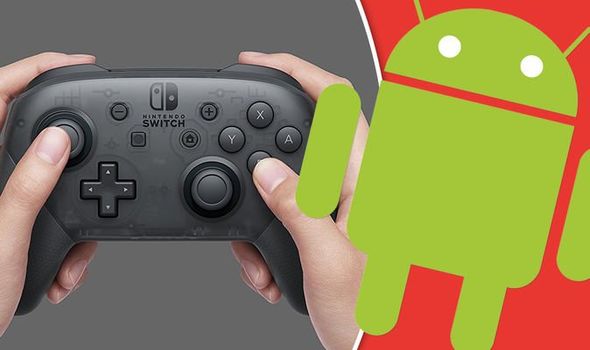 Android users have been treated to a surprise update that brings Nintendo Switch support to the operating system.

Video game controller support has been a high priority for Google and Apple in recent OS updates.

It means that Android and iOS users can play smartphone and tablet games with the PS4 DualShock controller and the Xbox One pad.

According to recent reports, game pad support has been extended to the Nintendo Switch Pro Controller.

According to Android Police, Nintendo Switch Pro Controller support was added following an update to Android 10.

It’s a big improvement on Joy-Con support, which the site compared unfavourably to touch controls.

To pair your Switch controller with your upgraded Android device, simply disconnect it from the Switch and use the button by the charging port to pair it with your phone or tablet.

Super Smash Bros Ultimate Version 6.0 makes a variety of fighter adjustments in time for the release of Terry Bogard.

The update also lets players set Battle Arenas to public, which means you can fight random opponents outside of Quick Play.

Rules can also be easily changed following each bout, so no more remaking arenas.

As for Terry Bogard, the new guest fighter is available as part of the Fighter Pass.

The SNK mainstay joins Joker from the Persona series, Hero from various Dragon Quest games, and Banjo & Kazooie. Piranha Plant also launched as DLC, although not as part of the Fighters Pass.

With his famous red cap, waistcoat and jeans, Bogard is a straight up martial artists who utilises a variety of punches and kicks. He also has a devastating ground-based fireball attack called the Power Wave.

Challenger Pack 4 DLC also includes the King of Fighters Stadium stage, a Terry route in Classic Mode, a DLC Spirit Board, and 50 music tracks from a variety of SNK fighting games.