New reports out this week suggest that Nintendo Switch fans are getting some new Metroid games to play on the handheld console. According to the Sabi Twitter account, known as a reliable source of early video games info, Nintendo wants to launch a 2D Metroid game in 2020. This project will be completely separate from Metroid Prime 4, the next major instalment in the series which has yet to be given a release date. From what was shared by Sabi online, a new Metroid game will be arriving in 2020, and it will be in the style of the classic titles. It’s unclear for now if this will be some kind of remastered game like Zelda: Link’s Awakening, or something completely different.

But from what has been shared by Sabi this week, it sounds like this could be some kind of sequel to Metroid Fusion.

The Game Boy Advance title would be a great game to base a sequel on and would no doubt play to the strength of Nintendo’s handheld console.

Whatever is revealed, it’s bound to get Metroid gamers excited, following such a long time without a big game release.

“Having looked into it for a bit, I find it reliable enough to complete back the mentions of Paper Mario and Metroid (not prime 4) for 2020. I’ll tweet out the details I back based on talks I had,” Sabi told his Twitter users.

Adding: “The 2D Metroid game does, in fact, seem to be related to Fusion, also sounds as though it’s set for this year. 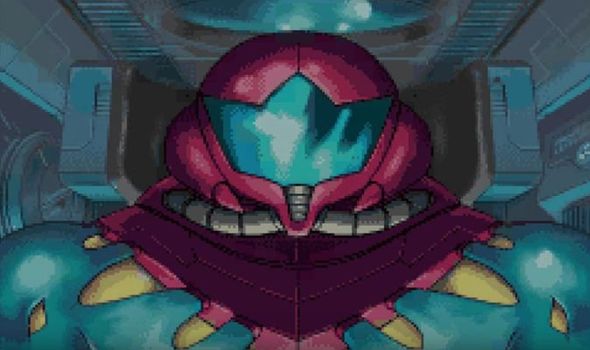 “The person I know is legitimate, mentioned it being a sequel I believe.”

And here is the game description for Metroid Fusion from Nintendo, which reads: “While on a mission to the Metroids’ home planet, bounty hunter Samus Aran is attacked by a deadly parasite.

“Cured by Metroid DNA, Samus is bestowed with unique new powers from her old adversary, but must face a new enemy: the ‘X’ parasite.

Meanwhile, fans continue to wait to hear more about Metroid Prime 4 being released on Nintendo Switch.

One of the last official announcements regarding the project came during a January 2019 Nintendo Direct, when it was revealed that Metroid Prime 4 had been delayed with development on the project restarted.

Nintendo EPD general manager Shinya Takahashi said the standards of the scrapped version had not met those required of a Ninty game.

Since then the development of Metroid Prime 4 has restarted with Retro Studios, the devs behind the original iconic trilogy.

There are so far no signs that Metroid Prime 4 will be available to play in 2020, even at trade shows like E3.

And this new Metroid project could be a way for Nintendo to fill the hole left by Metroid Prime 4 in its launch schedule, if it indeed proves correct.