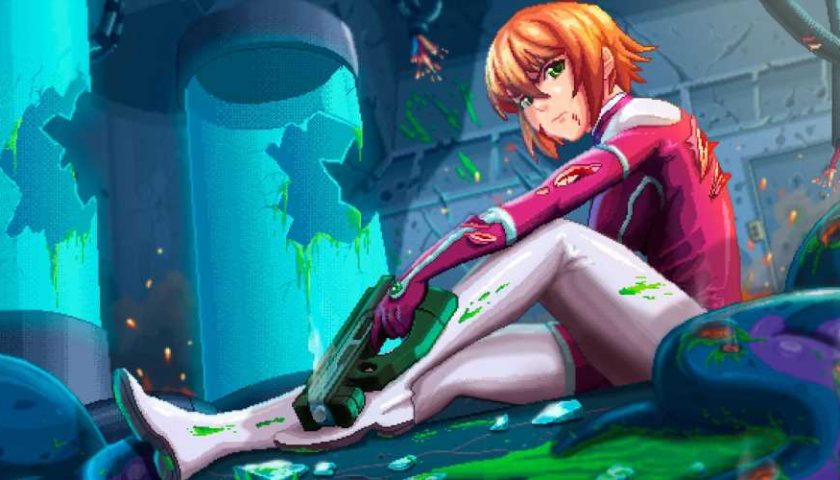 Gamuzumi, a publisher that describes itself as "focused on releasing amazing mature (LEWD) titles for consoles and PC," has had its latest title rejected by Nintendo for showing uncensored frontal nudity. Worse, it seems Nintendo has updated its policy for indie games to no longer allow such material on its platform.

The game in question is Hot Tentacles Shooter, a Space Invaders clone where you shoot alien ships to slowly reveal a female pinup. "Free 20 beautiful girls from the clutches of big tentacles,” reads the game’s description on Steam and the PlayStation store, where it’s been available since September 9.

Gamuzumi applied to have Hot Tentacles Shooter released on the Nintendo Switch’s eShop, but Nintendo sent back a rejection letter.

"We received an answer from Nintendo and now we have a confirmation that they do not allow uncensored boobs on their consoles now," wrote Gamuzumi on Twitter (with thanks to Nintendo Everything). "Basically, obscene content could damage the brand and infringe its policies. This means that now all games with boobs nudity should be censored and that's why our game (Hot Tentacles Shoot) was rejected in the first place."

"It's a shame that now, all consoles have restrictions about nudity content, this probably will affect not only our games but also games from other publishers/devs," added Gamuzumi.