Nintendo Switch gamers are keeping a close eye out for news on whether there will be an April 2019 Nintendo Direct.

There had been rumours that a Nintendo Direct for April 2019 was taking place on Thursday April 11.

However, that day came and passed without even a whiff of Nintendo news – but there is good reason to think an April Direct could still take place.

This month Super Smash Bros Ultimate 3.0.0 is launching as is the first DLC character – Joker from Persona 5.

We haven’t seen anything on what Joker will look like in Smash or what stage will be included as part of the DLC pack.

So a Nintendo Direct outlining what’s coming in the big Smash Bros update could take place.

And there are a few dates when a Nintendo Direct for April 2019 could take place, with one possible date fast approaching.

It is possible that a Nintendo Direct could be broadcast on Monday April 15. 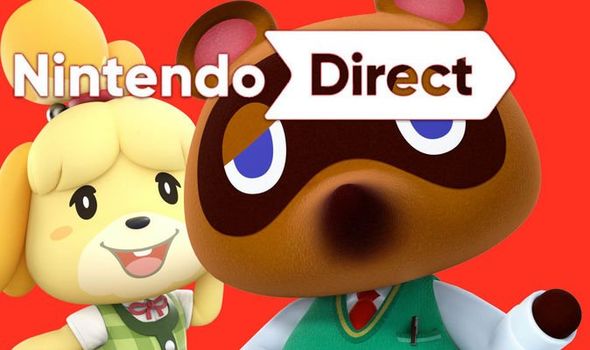 There are a few reasons this could be the case – firstly, that is the final day that Nintendo legend Reggie Fils-Aime is working at the House of Mario.

Reggie is retiring from Nintendo that day so a Direct which has a segment paying tribute to him would be a great send-off for the Ninty icon.

There is also another reason that the Nintendo Direct for April 2019 could be taking place on April 15.

Towards the end of March Animal Crossing fans were left certain a hint had been dropped that news on the Switch version was coming.

A tweet by the Nintendo of America Twitter said: “Tom Nook is here to help you file your tax returns… and he already has an idea for what to do with your refund! #NintendoSwitch”.

The tweet also had a link to the official Nintendo Switch website where fans can purchase the console.

Fans were left convinced that the tweet was a sign news was coming on Animal Crossing Switch on or before tax day in the US – which is April 15.

If April 15 comes and goes without a Nintendo Direct then there is another date approaching where a Direct could be broadcast.

On April 25 news on two Persona 5 projects – Persona 5 S and Persona 5 The Royal – will be revealed.

Details on the new Persona 5 games will be revealed at the Persona 5 Super Live concert in Tokyo.

It’s been widely rumoured that Persona 5 is getting a Switch port, with Joker coming to Smash further adding weight to these rumours.

It was previously rumoured that Joker would arrive in Smash the same day that Persona 5 Switch gets announced.

If that’s the case then Persona 5 Switch could possibly be announced at the Persona 5 concert on April 25 with Joker coming to Smash the very same day.

And Ninty may decide to hold a Direct the same day to reveal more on Persona 5 Switch and announce that Joker is ready to download in Smash.

As with all rumours, it’s best to take it with a pinch of salt and wait till official confirmation.

But there is reason to be hopefully that an April 2019 Nintendo Direct could take place.