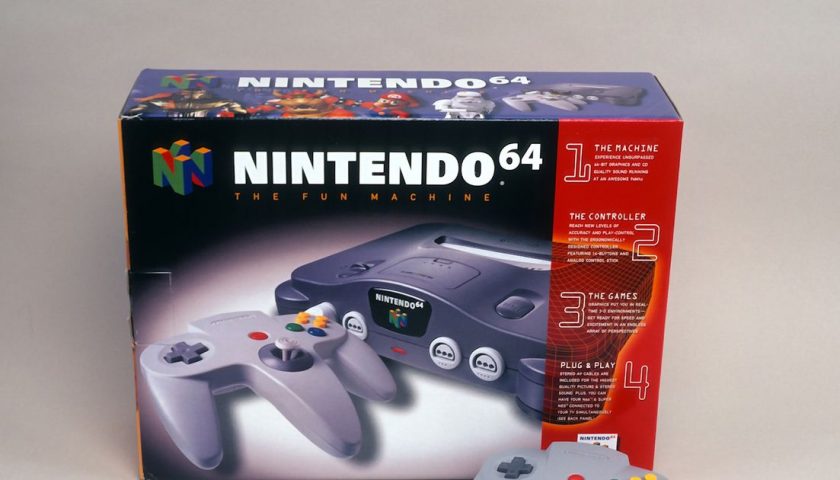 Videogame collectors had better start remortgaging their homes—a Nintendo 64 is currently being flogged on eBay for an eyewatering $250,000 (£205,000).

A US-based seller is offering a 'launch edition' N64 sealed in its original, unopened box for a quarter of a million dollars.

The item description on eBay says: "This box has NEVER been opened, the stickers on the tabs are intact… Rumor has it the air inside this box smells like 1996."

READ NEXT: Nintendo 64s, Walkmans, and the retro gadgets that could be worth thousands

The ambitious seller continues: "There aren't many of these left in the wild."

According to the seller, the Nintendo 64 in question is factory sealed with all its original fixings in place.

However, the seller does warn: "Note there are some dust particles that appear on the bottom side of the tab sticker on the back side of the box which is normal after 25 years in storage."

There have been no public bids on the console yet, but the listing currently has 94 'watchers'. You can buy it here, but UK buyers beware: the item is being sold in the US, and might not ship across the pond. If it's authentic, the console in question was launched at a time when there was only two games for Nintendo 64: Super Mario 64 and Pilotwings 64.

And, if the console sells, it would be a record-breaking figure. Near-mint condition Nintendo 64s routinely go for around £5095 on eBay, but nowhere near as much as £205,000.

Retro game cartridges for the N64 are also worth a lot. A Super Mario 64 cartridge went for a record-breaking £1.08million in 2021, while a sealed iPhone 1 from 2007 went for 50 times its original price at auction this year.