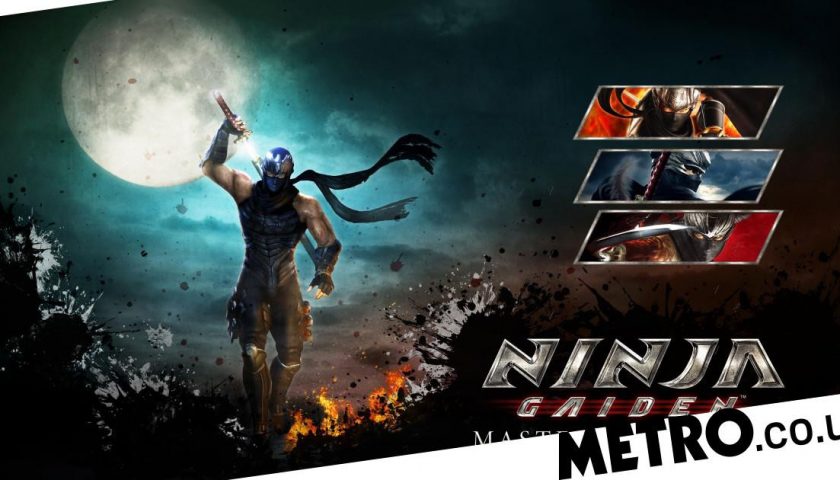 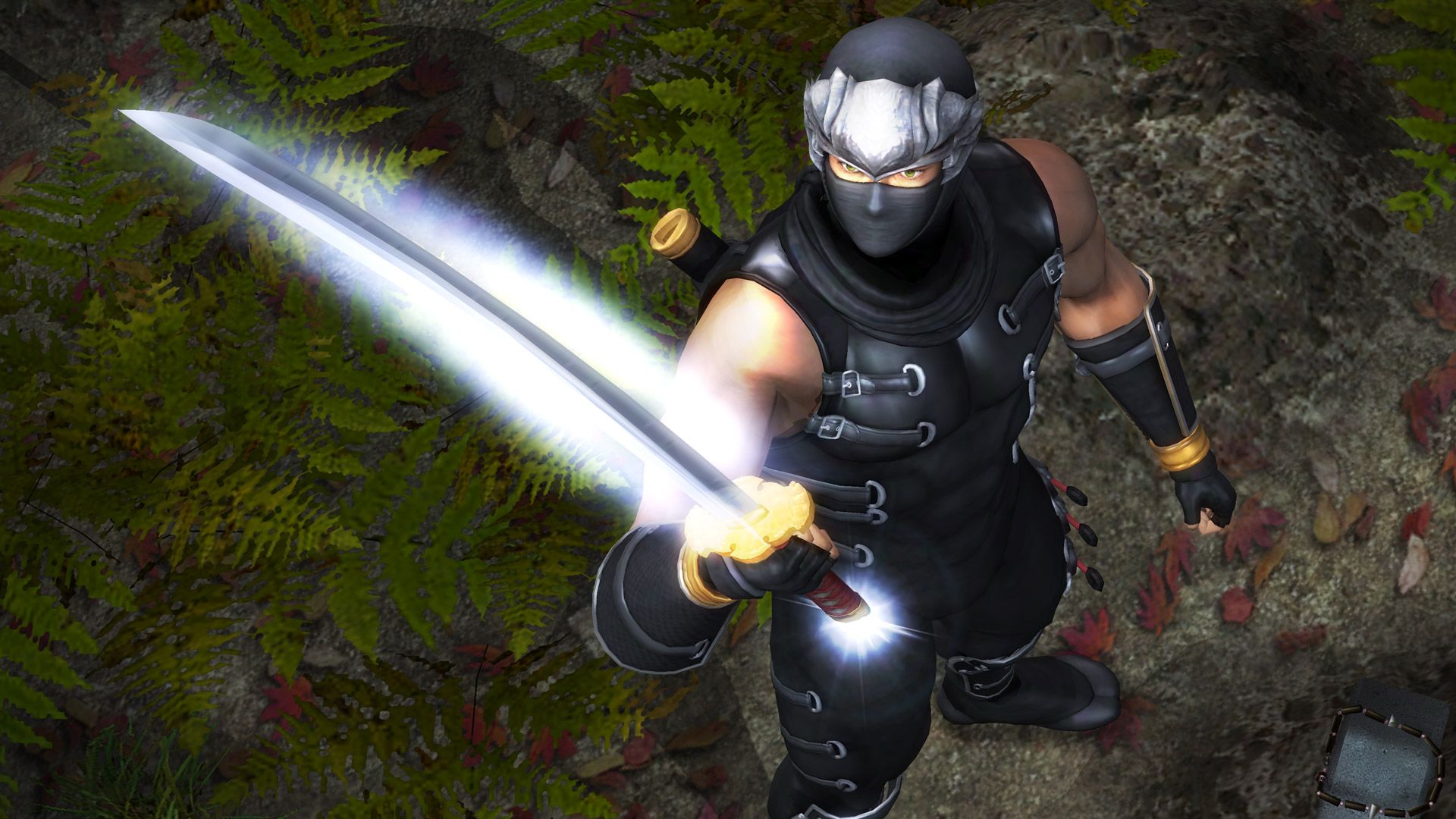 Two of the best action games of the previous decade are remastered, along with their considerably less successful follow-up.

Microsoft has been rightly criticised for not engaging with the Japanese development community for the last two generations, which seems especially disappointing given how many other (almost exclusively American or British) developers they’ve bought up recently. But they did start off trying to make an effort, with Ninja Gaiden and sister series Dead Or Alive both being exclusives for the original Xbox.

Prior to that Ninja Gaiden was best known as a trilogy of ultra-hard NES games (although the series actually started in the arcades, when it was known as Shadow Warriors in Europe) so making the reboot an Xbox exclusive was quite a coup at the time. For 2004, the graphics were state-of-the-art, so it was a major showpiece for the nascent Xbox brand. Although there was one thing that prevented it from achieving true mainstream success: it’s really, really hard.

Long before Dark Souls, Ninja Gaiden was the most prominent example of a big budget action game that took delight in punishing its players. But enough people enjoyed the treatment that it and its sequel were eventually ported to the PlayStation 3, with the Σ variations that are included in this remaster collection. Thanks to the poorly received third game the series hasn’t been heard of in close to a decade but as this collection is released there are increasing whispers of a fourth entry…

The Ninja Gaiden reboot was the pet project of Tomonobu Itagaki, the outspoken (to put things diplomatically) director who left Koei Tecmo under a cloud sometime after the completion of Ninja Gaiden 2. He’s also hinting about a comeback, and is no doubt delighted that the third game’s problems were largely attributed to his absence. To give credit where it’s due though the first two do stand up remarkably well, even after all this time.

Compared to recent remasters like NieR Replicant or Mass Effect this so-called Master Collection is pretty bare bones, to the point where it doesn’t even have a dedicated launcher and you just start each game individually from the home menu. Nevertheless, the first impressions are good and while this is technically a remaster of a PlayStation 3 remaster of a PlayStation 2 era game the only thing that feels really old-fashioned is the camera system, but then that was always terrible.

Ninja Gaiden is a third person action game, vaguely in the mould of Onimusha. Your ninja (Ryu Hayabusa, who not only appears in Dead Or Alive but was rumoured to be guest starring in Super Smash Bros. Ultimate) starts with only simple light and heavy attacks, plus a block which doesn’t have to be aimed – so you can have your back to an enemy and as long as you’re blocking you’ll automatically turn to face them, which feels very cool and ninja-ry.

There’s not as much platforming as the NES games but what there is works fine, with some early examples of wall-running. The main difficulty with jumping usually comes with the camera angles, which use fixed Resident Evil/Onimusha style angles, even though the graphics are all 3D and you can move the camera round at any time. If you don’t though you’re stuck with a static view from which enemies will suddenly lunge at you from out of nowhere, in consistently exasperating fashion.

This was rightly criticised at the time and, as you can imagine, feels even more outdated and unfair now, especially as when it does move the camera wobbles about like a drunken partygoer on their first post-lockdown night out. You do get used to it, as you did back in the day, but it means that, unlike Dark Souls, it can’t be described as entirely fair.

The camera isn’t fully resolved in Ninja Gaiden 2 but it’s otherwise a great example of the bigger, better, more approach to sequels and there’s considerable argument as to which of the two is best. The second game is even more off its rocker than the first though, which starts off as a relatively sane story of warring ninjas and magic swords and then starts adding whatever kind of enemy it wants, from robots to demons, in true arcade fashion.

With the rawk soundtrack, enjoyably awful dialogue, and OTT violence the games feel like the undistilled product of an 80s teenager’s fever dream, which seems to be exactly what Itagaki was aiming for.

Although we liked the third entry a little more than most it’s clearly not a very good game and far inferior to the first two. That’s in large part due to it suddenly taking itself very seriously, which doesn’t work at all as the script is still terrible and now suddenly all the enemies are a lot more mundane and repetitive. The combat and pacing is also nowhere near as tight and it’s really best to think of this as a two-game compilation rather than a full trilogy.

That’s fine, but the problem is that most fans would regard Ninja Gaiden Black, the update that came between the original version and Σ to be the definitive version of the game and yet its source code has been lost to time and apparently cannot be reconstituted. The Σ version adds more modes and playable characters but in so doing it spoils the pacing, while also lowering the difficulty and removing some of the puzzles.

The same is true for the original version of Ninja Gaiden 2, although in that case many prefer the Σ version, even though it cuts down on the gore and number of enemies on screen at once. The Σ versions by no means ruin anything but if you’re going to call something the Master Collection it would’ve been nice if it was a bit more complete than this. As it is, all the remasters really do is up the resolution and stabilise the frame rate, although that’s mitigated by the price tag which is lower than most recent remasters.

Whichever version you play, Ninja Gaiden 1 and 2 are still a lot of fun, which is no small achievement for action games that are well over a decade old. It certainly makes the idea of a new sequel all the more appealing, assuming, of course, that it veers more towards Ninja Gaiden 1 than 3. The Master Collection may only be a mediocre remaster, of the wrong versions of the games, but it’s a sign of the first two’s quality that they remain thoroughly entertaining despite it all.

In Short: Despite the remasters changing nothing, and being based on the inferior versions of the original games, the innate quality of Ninja Gaiden 1 and 2 shines through in this surprisingly enjoyable compilation.

Pros: The first two games are classic action titles, where only the camera shows any real sign of age. Fantastically silly plot and enemies, where anything goes. Reasonably priced.

Cons: Ninja Gaiden 3 is nowhere near as good as the other two, and the Σ versions are not as good as the originals. Very basic remaster that offers no gameplay changes, including the awful camera.