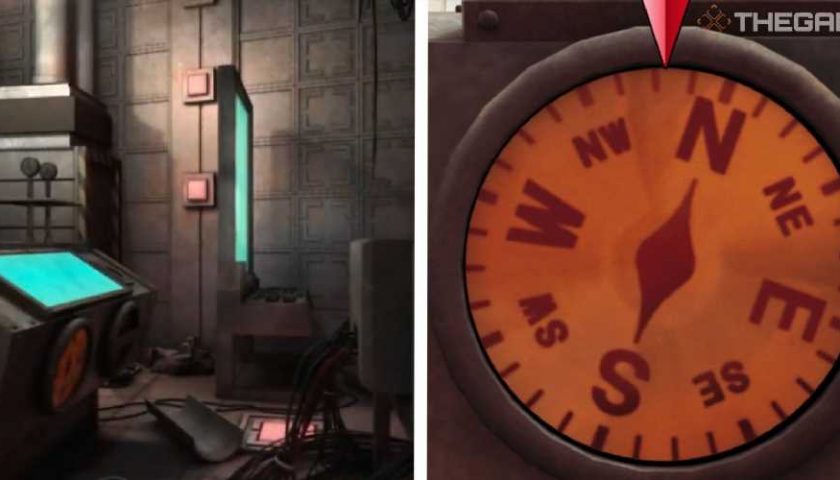 You've escaped through the majority of rooms in Nine Hours, Nine Persons, Nine Doors, and now you've arrived at the Study. This is one of the last rooms, and it will revisit previous puzzles from other escape rooms that you have been through. Because of this, the room can be quite difficult.

In this guide, we are going to go over a complete walkthrough of the Study room in 999. We will not cover any plot-related information that could be a spoiler; instead, this will just consist of how to solve the puzzles. First, let's take a look at the layout of the Study. 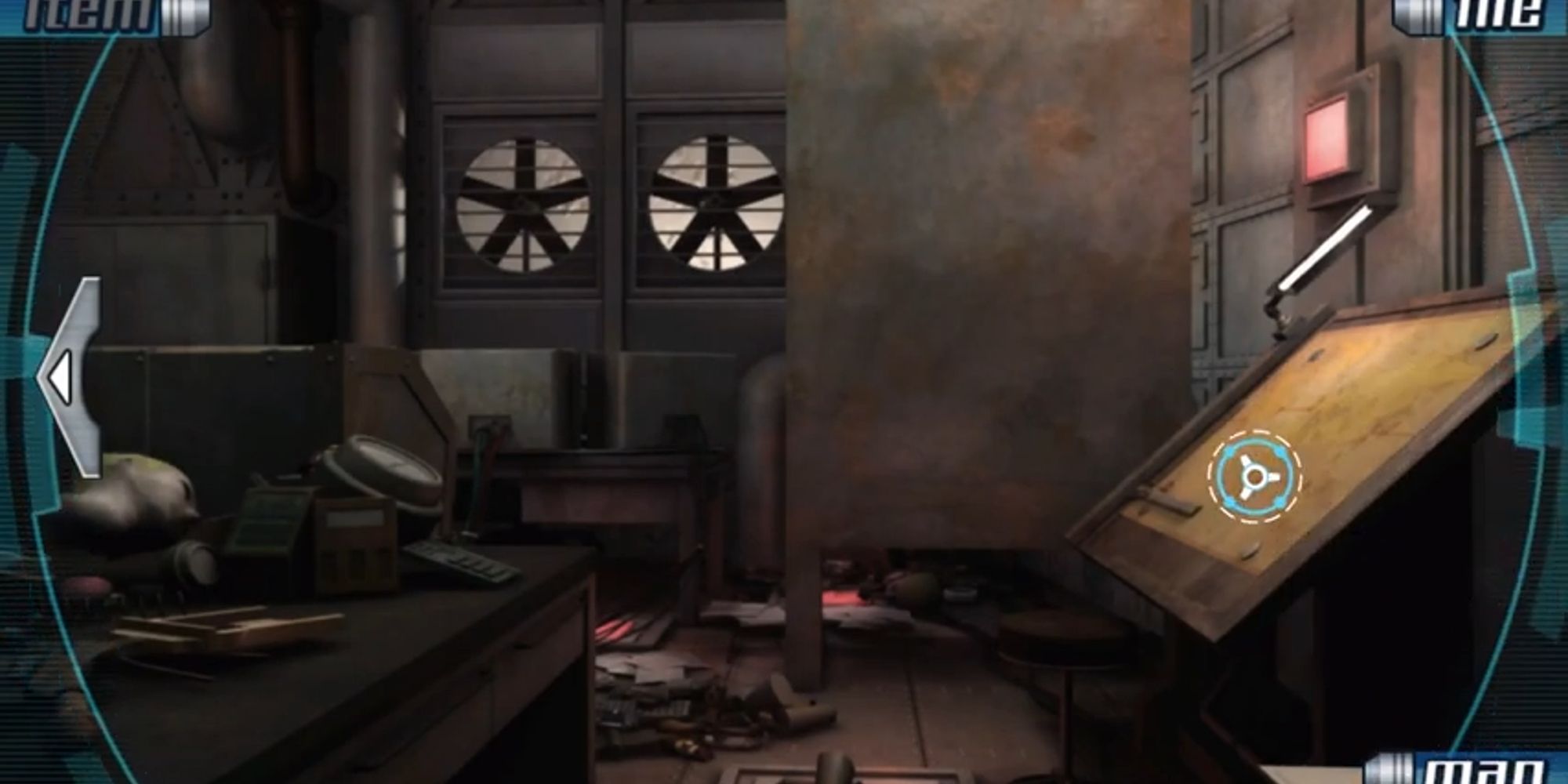 The Study is a cluttered area that Zero once used as a laboratory. Inside, you can find piles of junk with several large monitors hanging down near the left wall. Near the entrance of the room, you will also see a small desk with a world map on it. 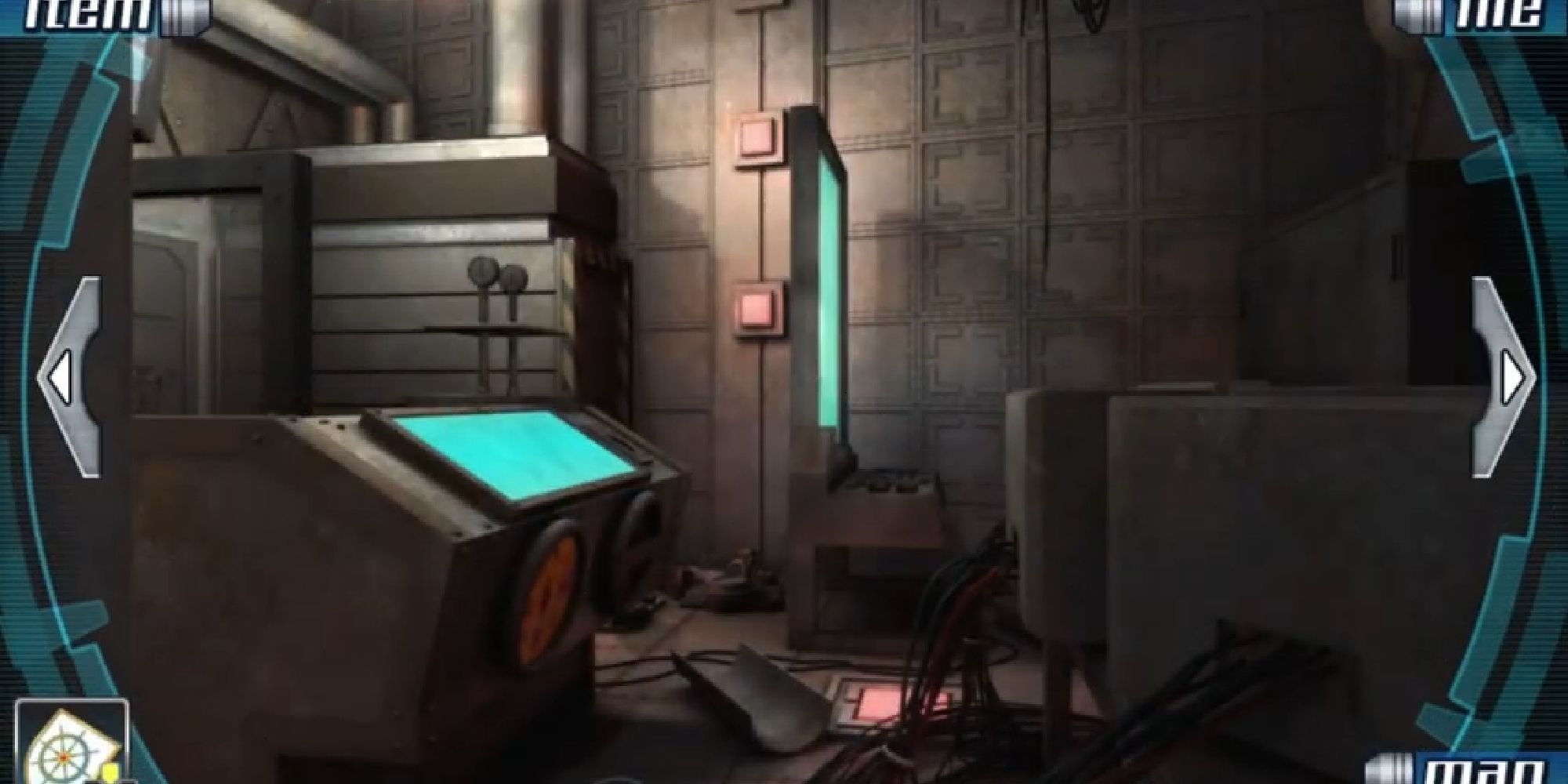 In the center of the room, you can find a nautical table with a compass next to a desk with several monitors on it. On the far left side of the room, there is a taped-off metal shutter.

To escape, you will proceed through the room in a line, without having to backtrack too often. Overall, the general layout is messy, making it quite difficult to move around in. We recommend becoming familiar with moving in this tight room prior to looking for an escape.

How To Escape The Study 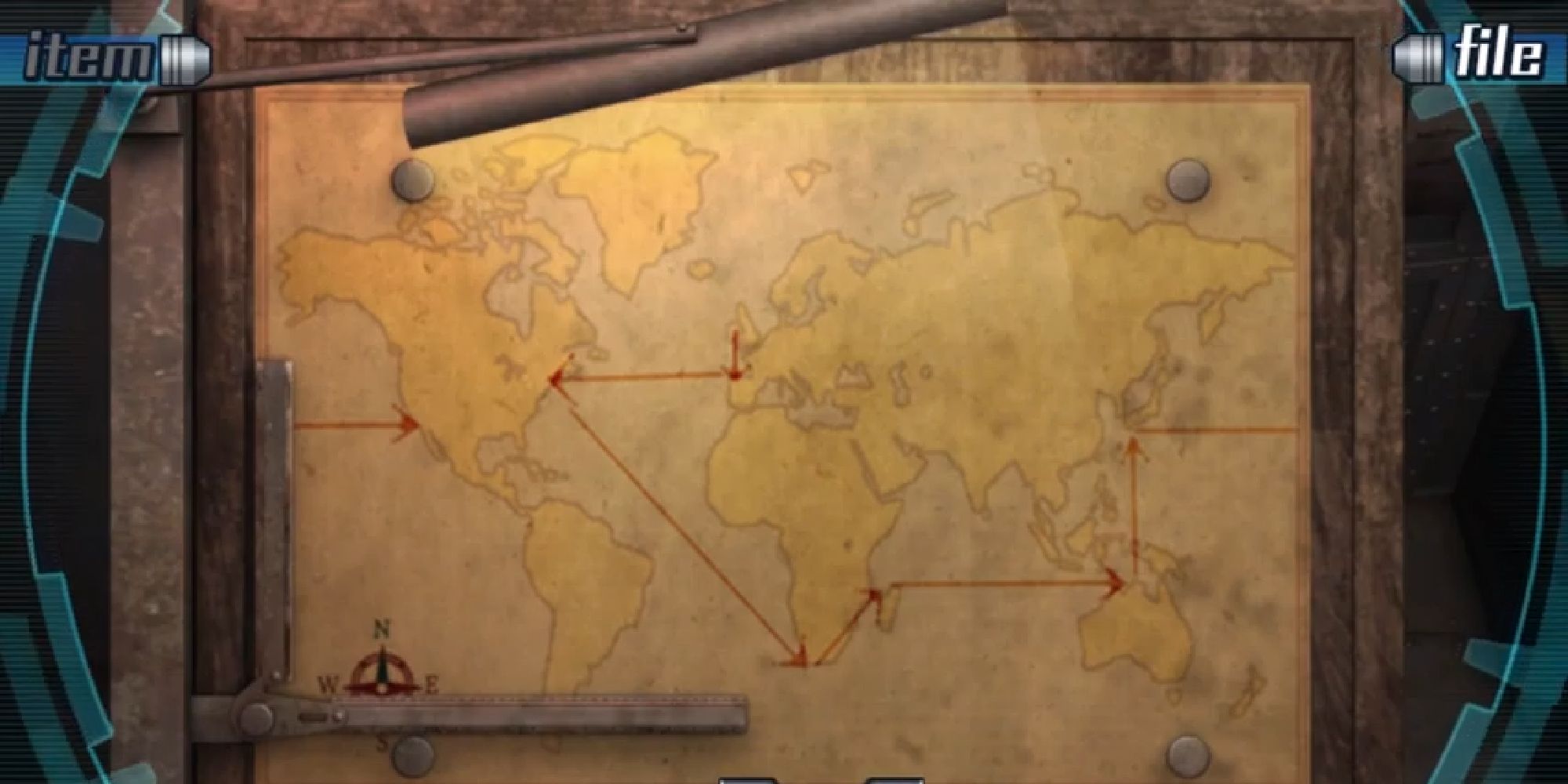 Now it's time to escape. As you enter, look towards your left, and you should see a nautical world map laying on a desk. Grab this map and add it to your inventory.

Head deeper into the room until you come across a bright blue monitor with several buttons underneath it. Pressing the buttons will display boxes with letters and numbers on the screen. This is the first puzzle, and Seven will explain how to solve it. Prior to starting, Clover will also conveniently show you a piece of paper that she found that has a hint. 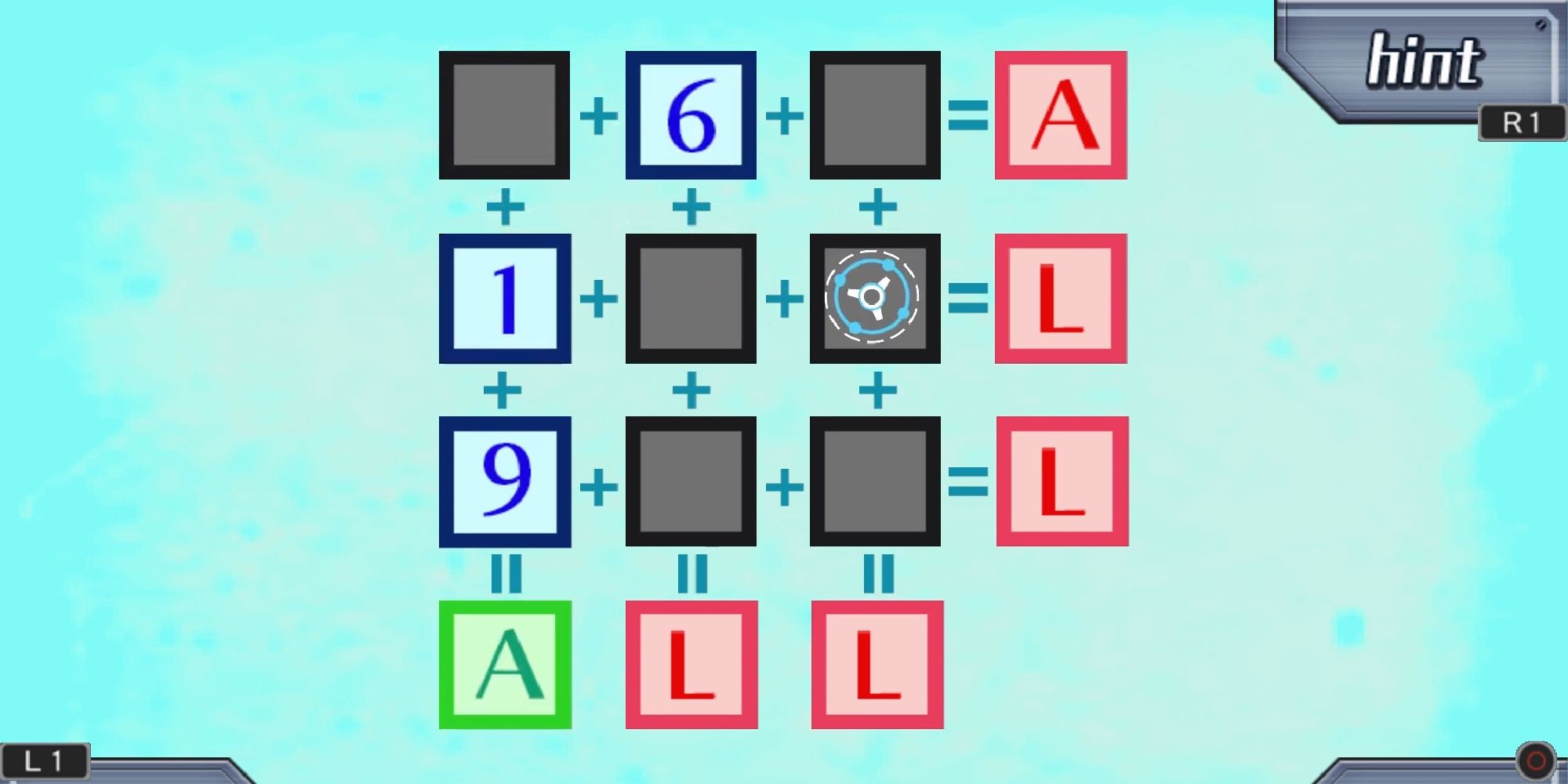 To solve the puzzle, interact with the following buttons in order.

Selecting these buttons will result in successfully completing the puzzle. Once complete, you will be able to retrieve the Cross Emblem. Put this in your inventory and then turn around to face another blue screen with a compass underneath the bottom-left corner. Here, you will need to match the directions of the compass with the nautical table. 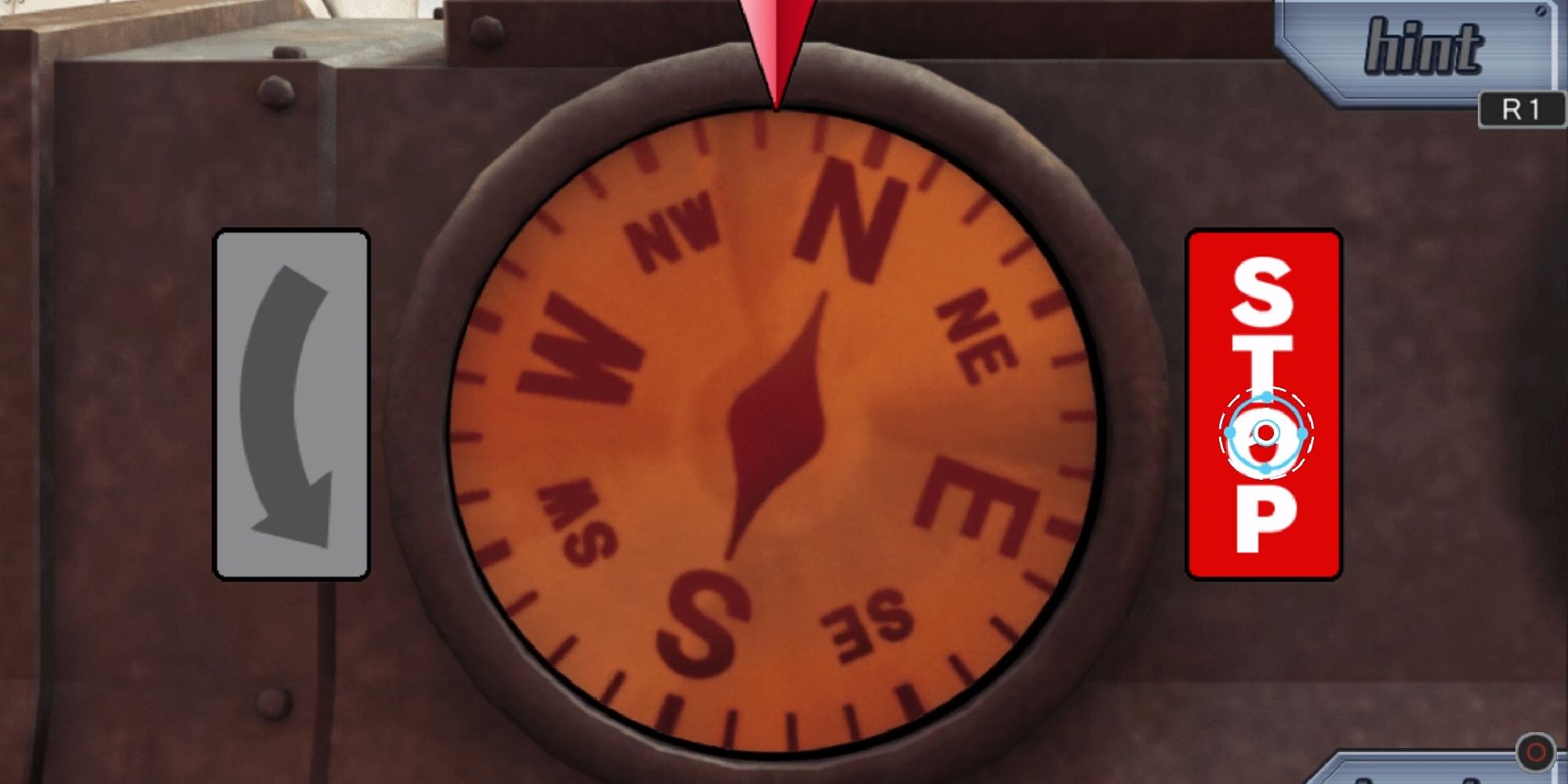 To solve this puzzle, you will use the map that you grabbed when you first entered. Starting from the center of the map, input the directions that the arrow is going in. You can find the correct answer below.

After successfully doing the puzzle, you will obtain the Helm Emblem. 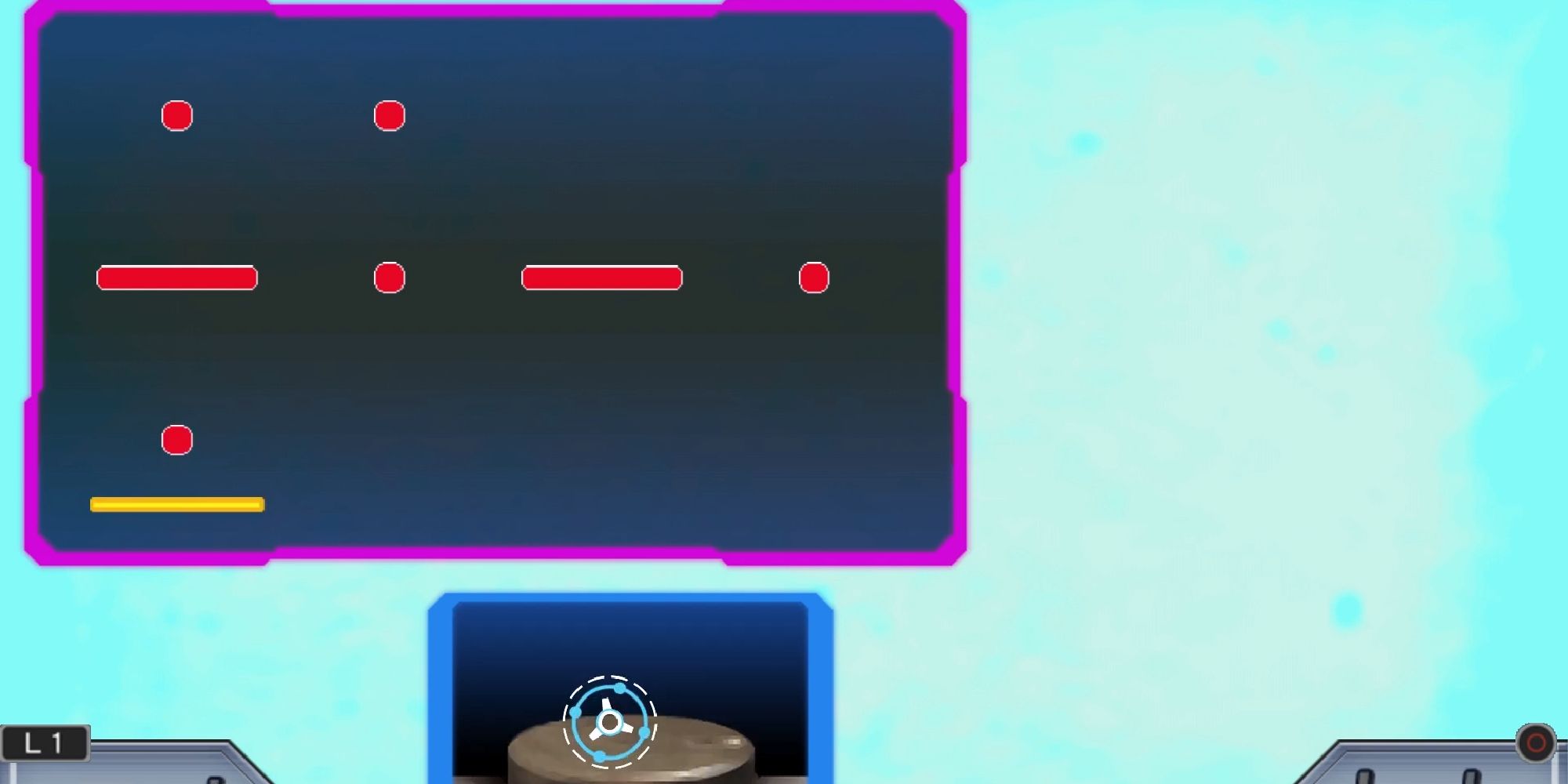 Now you will need to head to a third blue monitor that can be found behind the nautical table. Interacting with it will display a series of red dots on the screen. This is a Morse code puzzle, where you need to enter the correct code.

The correct answer can be found below; this spells out 'ICE'.

Once complete, you will receive the Code Emblem.

Exit this puzzle, and you should see the nautical table again. Select the large metal shutter area on the left side of your screen. Opening the shutter will reveal a coffin. After some discussion, open the coffin door, and you will find the Neptune Key and the Coffin Emblem. 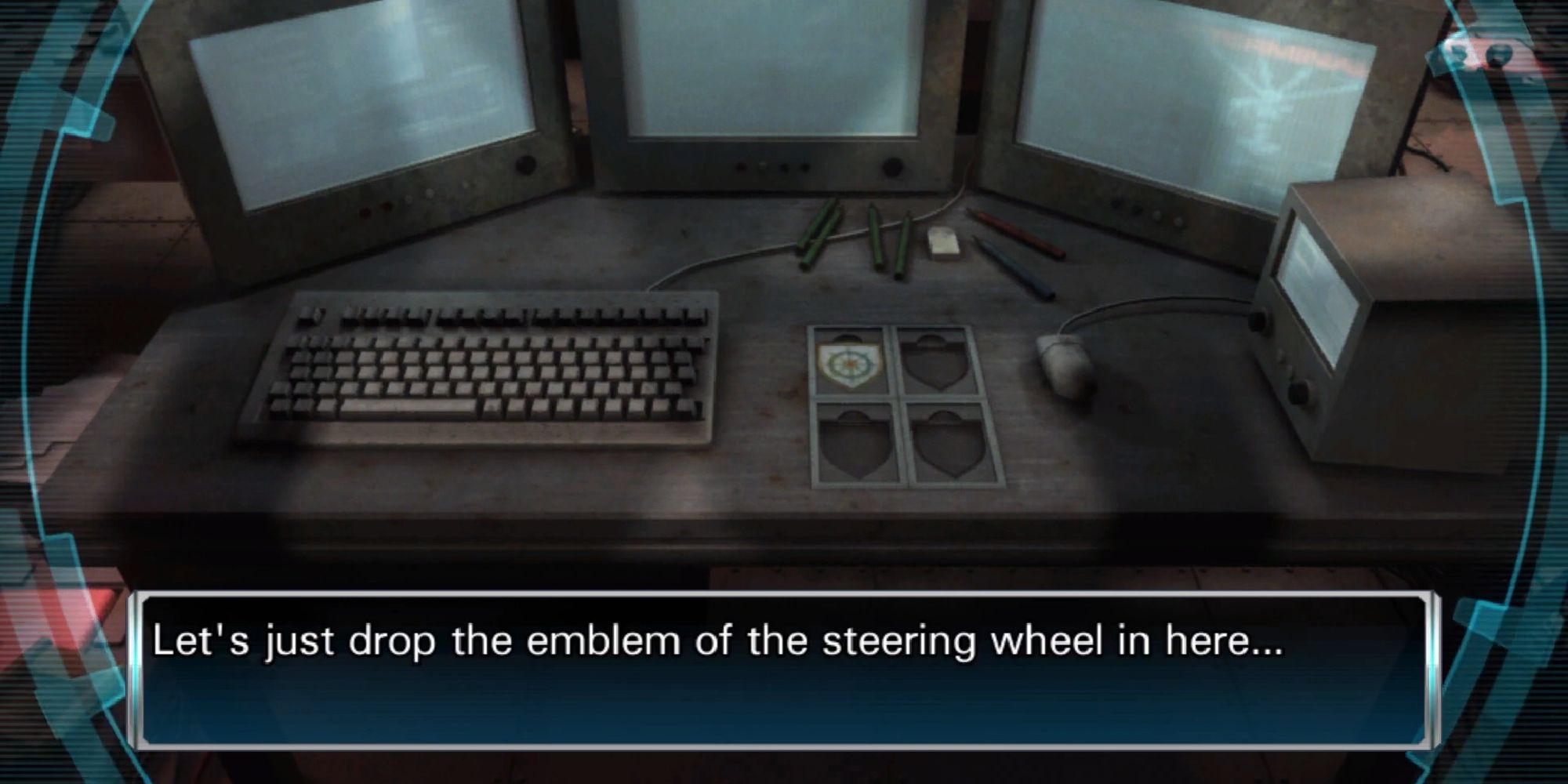 Exit out of this area and then return to the screen with the nautical table in front. From here, select the desk on the right side with three large monitors.

Here, you will be able to place the four emblems that you retrieved into the slots on the desk. The emblems will need to be placed in order, which we will go over below. 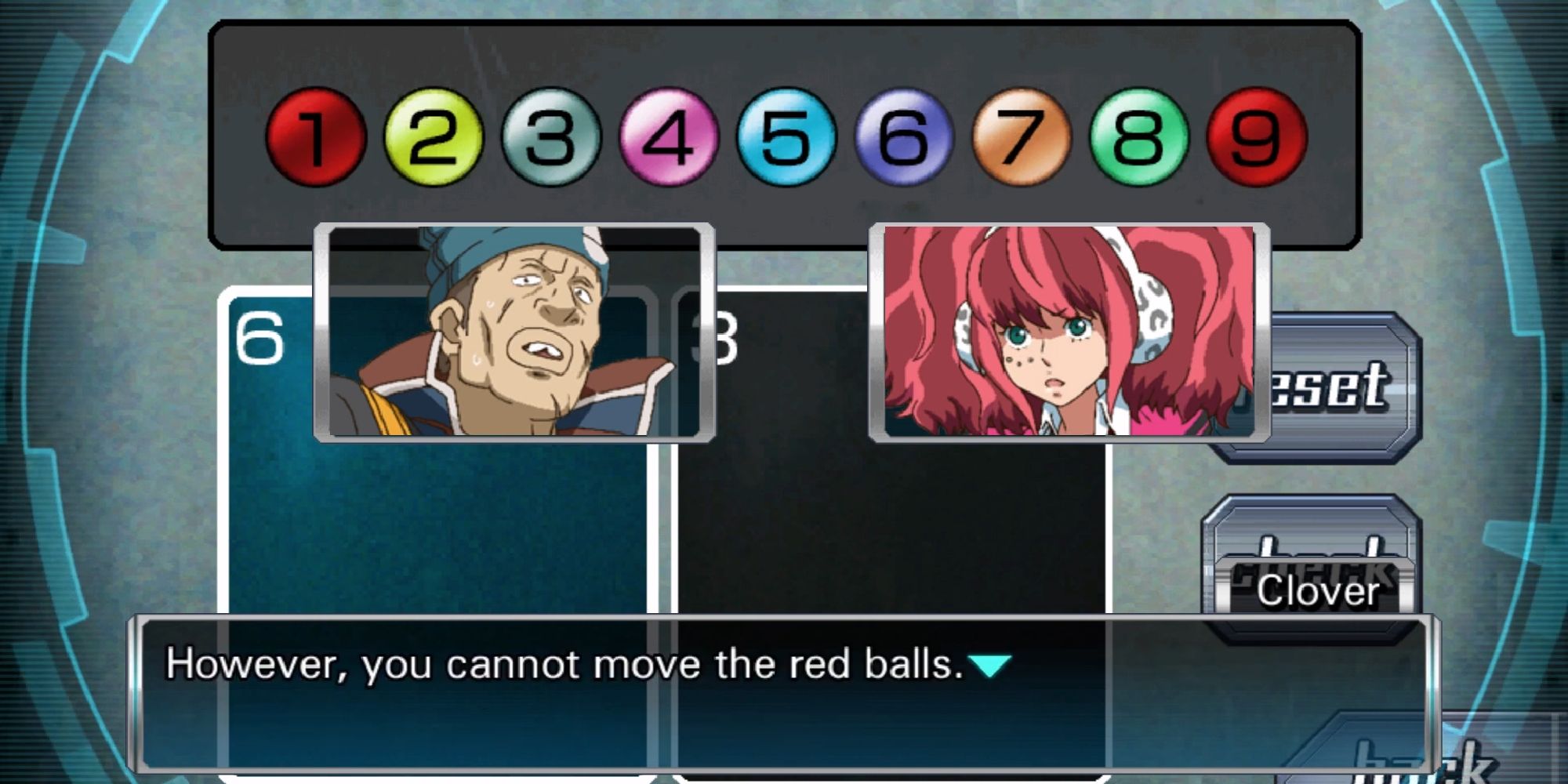 After placing the Helm Emblem, a puzzle will appear on your screen. This puzzle will involve using all the numbers to form digital roots. Below, you can find the solution.

Now, you will need to place the Cross Emblem. This will trigger another digital root puzzle.

Once again, you will need to solve the digital root puzzle after placing the Code Emblem. 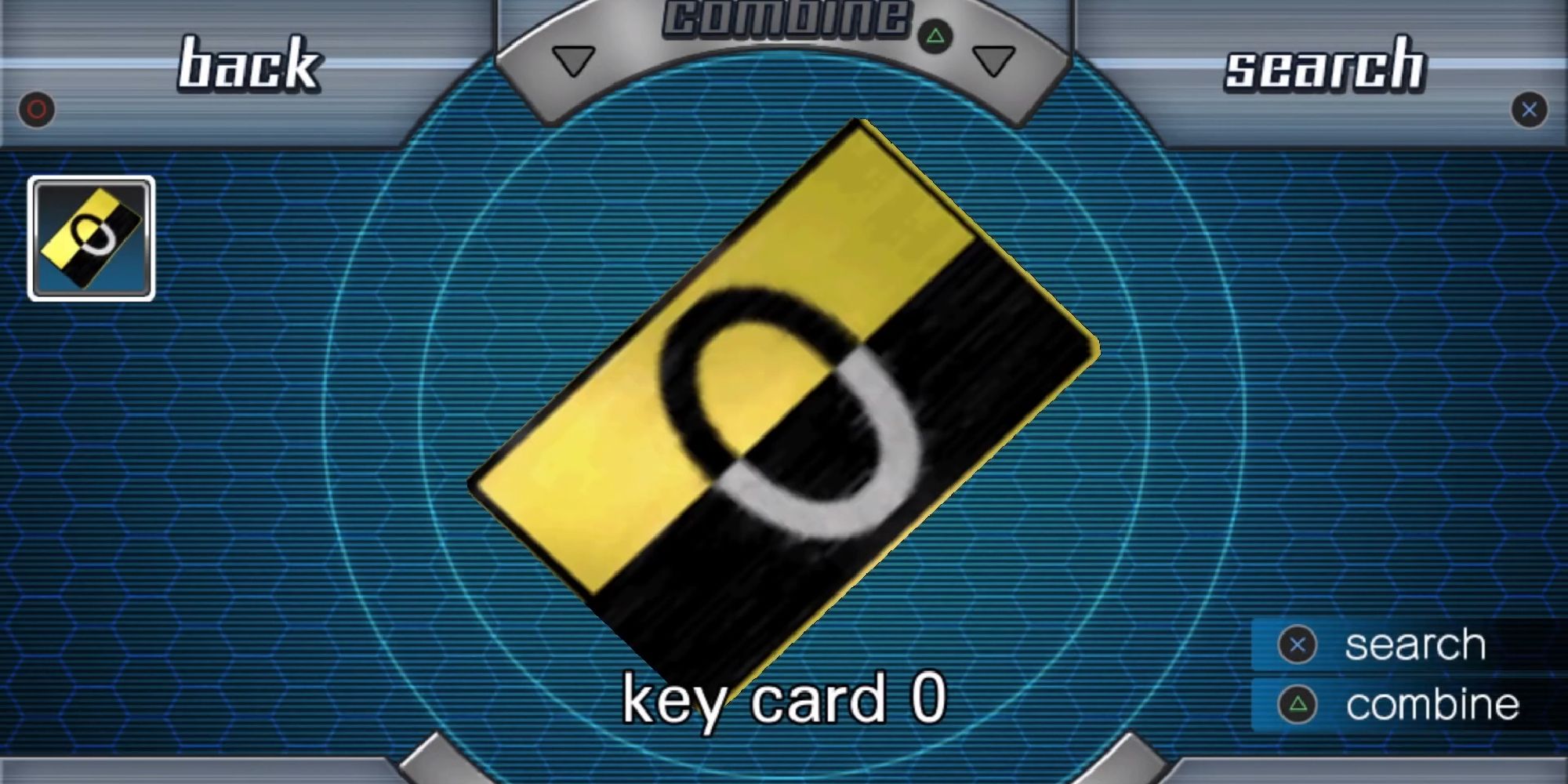 Finally, place the Coffin Emblem down and solve the last digital root puzzle.

The goal of the puzzle is to use all the balls, which means that you need to place them all under '8'.

Once you solve all four emblem puzzles, a drawer will open containing an image and the keycard to escape. Congratulations, you have successfully escaped the Study!