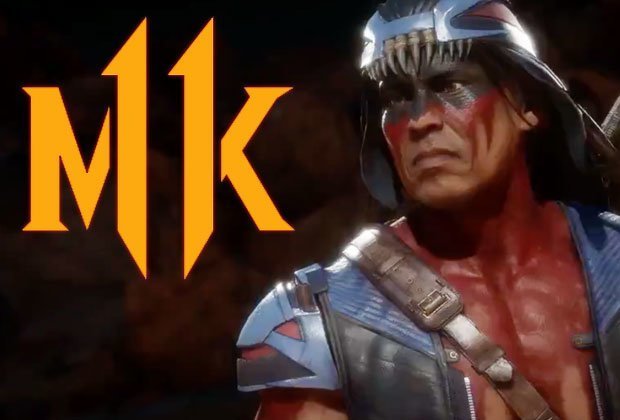 Ed Boon, Creative Director at NetherRealm has teased even more of the next Mortal Kombat 11 DLC character, Nightwolf, with a new post online.

Nightwolf, the native American-inspired fighter, has been a mainstay in the game for years – and now he’s finally about to arrive in Mortal Kombat 11 as part of Kombat Pack 1.

It’s likely then that the character will be the next DLC character to arrive. Given that the first DLC character of Shang Tsung, was released Tuesday, June 18, we initially suggested that the game could release Nightwolf in or around the same date in July.

We’re now a little bit past that, but we reckon we’re still due to see the fighter arrive soon.

The Mortal Kombat lore states that any member of the character’s tribe can be chosen to be Nightwolf, so long as they are worthy, so this could be an interesting way to open up new skins for the Native American-inspired character – so far, though, the best look at the kombatant is in the tweet embedded below.

“We know you guys have been dying to get a glimpse at Nightwolf for Mortal Kombat 11. So here’s that glimpse…”

If you need a crash course on Mortal Kombat lore, here’s a summary of the Nightwolf we know from MK9 (2011) – which we’re assuming is related to the current version.

Formerly known as Grey Cloud, Nightwolf was chosen by the Great Spirit to become the Matoka’s champion and protector.

Grey Cloud proved worthy when he laid down his life to prevent the Black Dragon from plundering what remained of his tribe’s sacred artifacts.

As Nightwolf, Grey Cloud possesses extraordinary magic granted by the Great Spirit to fight for the Matoka’s future and defend all of Earthrealm.

Expect to hear about a release date for Nightwolf sooner rather than later.