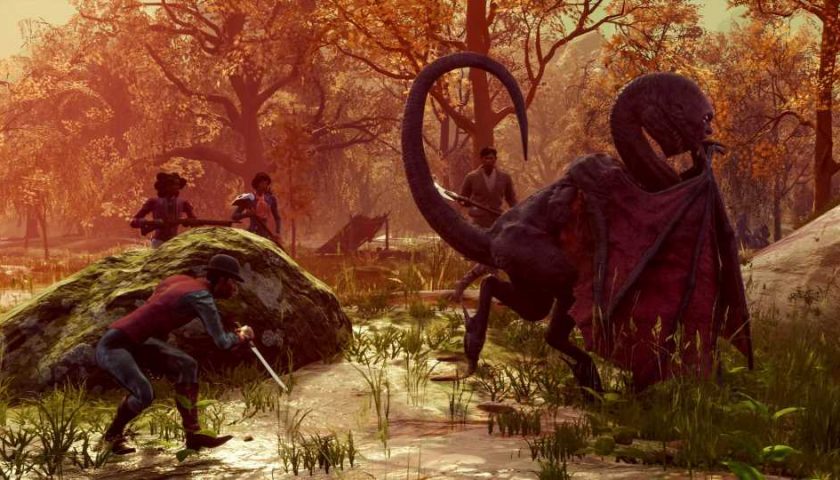 When Nightingale was revealed during The Game Awards in 2021, it instantly shot to the top of my most-anticipated list. The upcoming survival-crafting game will be the debut title from Inflexion Games, a new studio founded by BioWare veterans and led by ex-BioWare general manager, Aaryn Flynn. Nightingale takes place in a 19th century-inspired world where groups of explorers known as Realmwalkers use a network of portals to travel between customizable, procedurally-generated worlds. I sat down with Flynn at this weekend’s Summer Game Fest Play Days event in Los Angeles to talk about how Nightingale both conforms to and pushes against the established survival-crafting conventions.

One of Nightingale's contributions to the genre is the aforementioned ability to travel between realms, AKA Realm Diving. While most survival games take place on one large, open-world map with separate biomes to explore, each biome in Nightingale is an entirely new world with their own unique environments, resources, and threats. This week, Inflexion revealed the Realm Cards, a system that will allow players to control the specific features of each realm, including weather, time of day, and the specific challenges you’ll face within them. “The more Realm Cards you play the harder it's going to get in there,” Flynn explains. “So you have to balance that against the challenge you want.”

Realm Card recipes are either found by exploring or earned by completing quests, and once obtained, can be used to craft a new realm to explore. Exploration isn’t the only objective of the card system though, Flynn offers one example of a die recipe that requires a specific mushroom that only blooms in one biome, at night, when it’s raining. Every biome has its own unique resources, and Realm Diving via Realm Cards is how you find them.

The Realm Cards define the characteristics of each realm, which are entirely procedurally-generated. Realms of the same biome type may end up looking alike though. “They’ll be similar, there’s only so much we can change,” Flynn says. “But even if you and I played the exact same Realm Cards, it would be unlikely that we would get the exact same realm.”

Flynn says that players will be free to explore realms at their own pace, and travel between them when they choose to, but there’s also an overarching storyline with NPCs to meet and quests to complete. “It’s breadcrumbing, It’s meant to motivate you through your adventuring,” he says. “It’s not a big cinematic story, but it’s meant to give you some objectives, some goals, and some opportunities for reward.”

Realm Diving puts a wrinkle in the standard survival-crafting formula, but the team seems to have found some solutions for the traditional genre tropes. For example, Flynn says that players will be able to build new bases in each realm as they go, or travel back to the realm of their home base, which are called Respite Realms. You can always change your designated Respite Realm too, if you happen to stumble across a place that would make a more suitable base location than your current one. Realms made with more higher-level Realm Cards will be significantly more difficult places to build your base, but the trade-off is easier access to better rewards and more valuable resources.

There were some things Flynn wasn’t ready to talk about just yet. There will be some form of character progression, but he couldn’t say whether that would be represented by skills trees and stat points. We do know that gear progression and crafting will be a big part of Nightingale’s gameplay loop. Flynn says there will be a variety of weapons and armor pieces to craft with your hard-earned materials, and rarer materials will make better equipment.

You can’t have a survival-crafting game without survival, but Flynn says things like hunger and thirst meters won’t impose significantly. “It’s not a hard core survival game, we’ve simplified a lot of that,” he says. “But certainly there should be environmental pressures and that feeling of character management that is so important to survival games.”

Nightingale can be played either solo or in a group. The studio has previously described it as a “shared-world”, but don’t think of it like Ark or Rust, which have persistent servers filled with dozens of other players. When you log out of Nightingale, your realm freezes until the next time you log-in. You don’t have to worry about a creature destroying your base when you’re offline, and there aren't any PvP elements either. If you’ve shared your Realm with friends, Flynn says everyone will be able to log-in and play whenever they want, even if you’re not there. 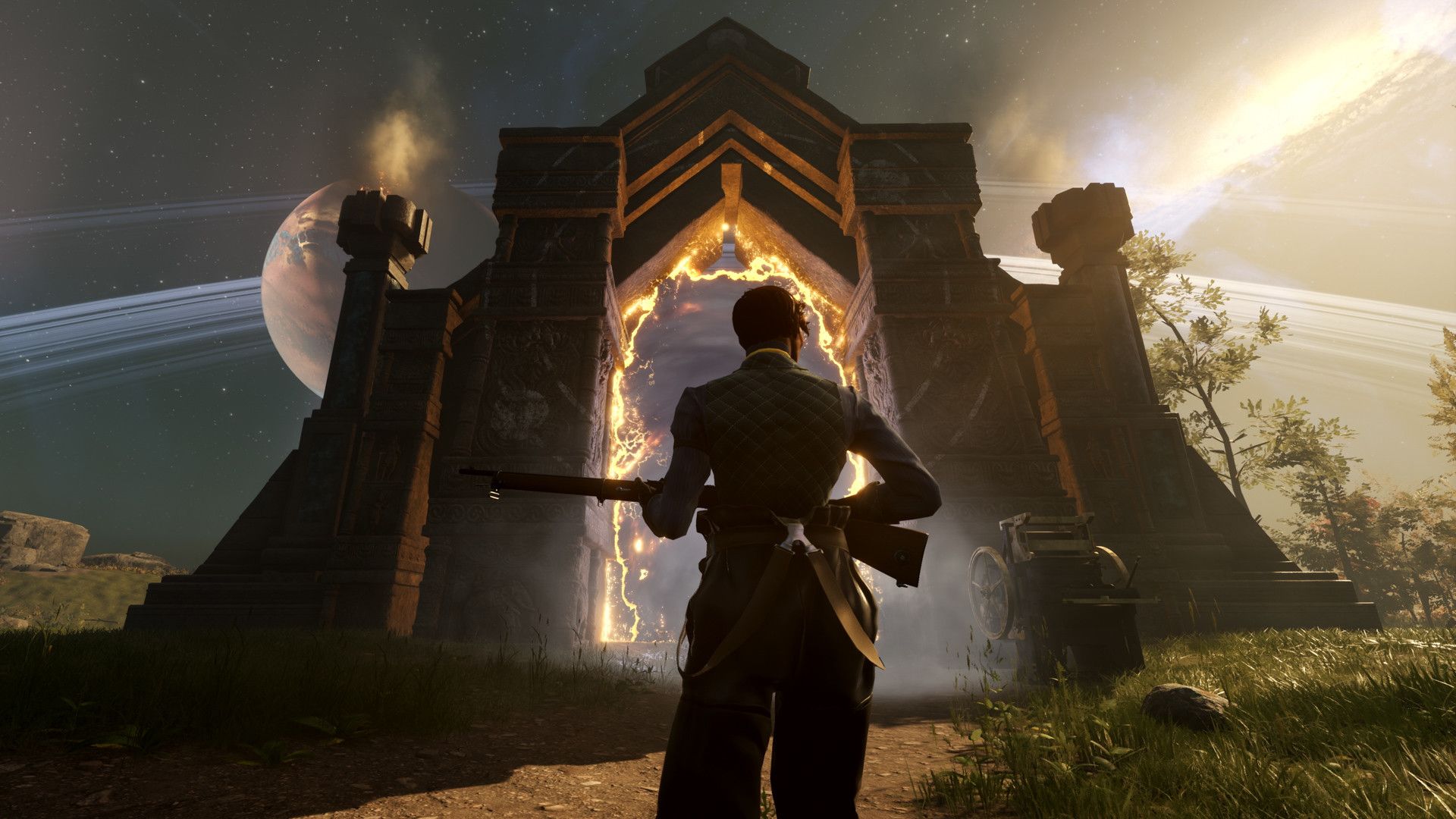 Last year’s reveal trailer showed off another one of Nightingale’s unique features: the ability to find non-combat ways to handle monsters. A forest giant that intends to stomp your base to bits can be quelled by giving it a gift, for example. Flynn elaborated on that system, explaining that while some monsters still need to be dealt with the old-fashioned way, the studio was also interested in disrupting the non-stop violence players are so used to. “We just want options for players to feel like they’re not just on this giant murder fest,” he says. “For every interaction not to be about slaughtering something. We want those non-combat opportunities as much as possible just to give players choice and reflect what I think is important to players, a diversity of options.”

Flynn can’t say for sure if a total pacifist playthrough is possible. “I don’t think, but I don’t know for sure if you’re ever actually required to kill something,” he says. “When they made Dark Souls, I assume that they assumed you would fight your way through it, but then someone found a way to do a no-hit run. I think we might be like that, but I don’t know. I’m kind of wondering, I’ll have to ask the team.”

Nightingale is a game about connecting realms through a network of magical portals, so I had to end with the obvious question: Is Nightingale a Strand game? Flynn says he hadn’t thought of it like that before. “Kojima-san is the expert on Strand games, I would leave that to him to decide.”

Nightingale launches on Steam in Early Access later this year. You can learn more on its Steam page and add it to your wishlist right now.