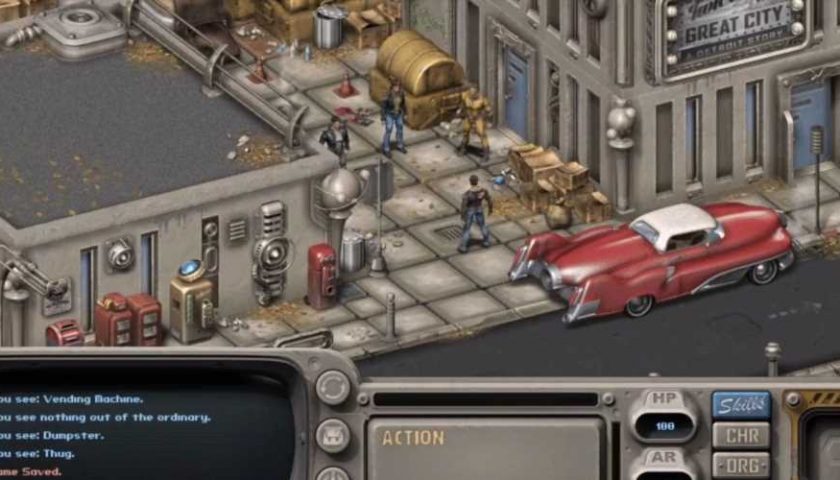 Today is Fallout’s 25th anniversary. A quarter-century ago, a little-known studio called Interplay Productions produced the world's second post-nuclear apocalypse RPG as a spiritual successor to 1988’s Wasteland game. It was played in a top-down isometric view with plenty of pointing and clicking to find your way through the blasted desert that used to be Southern California.

The Fallout IP was eventually sold to Bethesda when Interplay ran into financial troubles, but Bethesda is too concerned with Starfield and the next Elder Scrolls to give us another Fallout game. So instead, we turn to New Zealand-based NewBlood Entertainment, makers of the high-octane retro FPS Ultrakill, for our newest Fallout game.

NewBlood still hasn't given a name to their Fallout-inspired classic RPG, which was announced back in June. Fallout and Wasteland composer Mark Morgan is making the game's music while the art style is being spearheaded by Alexander Berezin, who worked on Fallout Sonora and Olympus 2207. It's described as a "passion project" for NewBlood CEO DaveOshry and a retro-futuristic turn-based RPG that takes many pages out of Fallout's playbook.

But not its combat. Oshry revealed today the first snippets of his unnamed RPG, and while the combat is still turn-based, it's not tactical. Instead, combat is performed from a first-person perspective. The opponents are laid out in front of the player while you draw a six-shooter to defend yourself.

"Surely the biggest complaint about classic Fallout games has always been the slow n' clunky nature of the turn-based combat," wrote Oshry. "While we're still keeping things turn-based, by switching up the style and perspective more akin to classic dungeon crawlers, we find it much more engaging."

While we're waiting for NewBlood's game to get a name, you can get your Fallout fix from Fallout: Bakersfield, which reimagines the original Fallout as a Doom clone. It features real-time combat that looks a lot like NewBlood's upcoming classic RPG but with ghouls instead of demons.