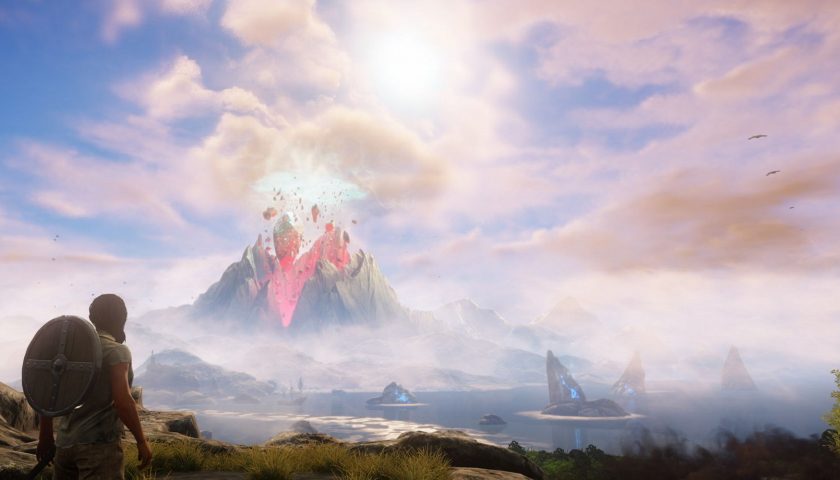 New World’s Brimstone Sands update arrives later this month and it's bringing a revamped introduction to Amazon’s MMORPG. The opening quests have been streamlined, Yonas has been relocated to Everfall, and some of the back-and-forth monotony has been reduced.

You can read more about how that opening has been revamped in our preview of the coming update, courtesy of our own Harry Alston. He sounds quite excited to give the new New World player experience a try, and it seems like he’s not alone.

"We’ve received a lot of requests for Fresh Start Worlds, so we are using the time between the Brimstone Sands release and the opening of these worlds to ensure you have a high-quality, fresh start," wrote Amazon in its announcement. "A blank canvas complete with a revamped starting experience awaits. What will you claim?"

We should note that this isn't just a new server for players to transfer characters in order to get away from the established societies New World's existing locales or to avoid login queues after Brimstone Sands releases (although they may yet accomplish such a goal). New World's Fresh Start worlds will only allow new characters to start from complete scratch. This is for players who've done everything there is to do in New World and want to approach the game again from the perspective of a totally new player. This will also allow those players to experience New World's revamped onboarding.

New World's Fresh Start worlds arrive November 2. The new quests, refreshed points of interest, and the revised storyline are currently available on the public test realm, in case you can't wait for the Fresh Start servers.

And in preparation for Brimstone Sands, New World is offering 1.5-times XP from now until October 17 at 11:59 PM PT so that you can hit the new level 60 content on day one. This also applies to any rested XP as well. Brimstone Sands arrives on October 18.